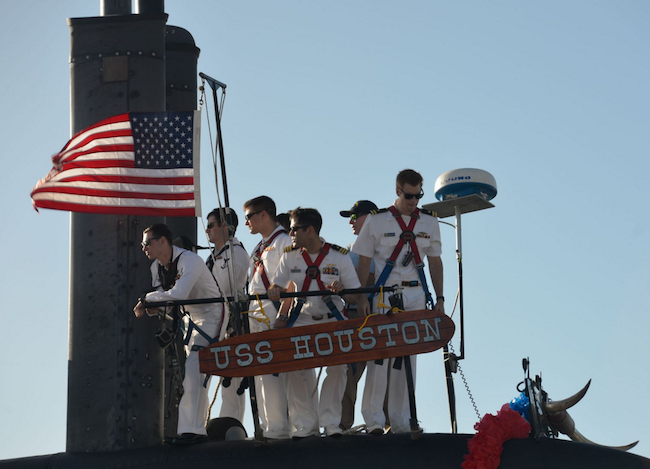 Vets, report: VA care hard to get for mental health
Navy veteran Dean Maiers broke down in tears Wednesday afternoon as he told a panel of senators about his post-deployment struggles, which included a suicide attempt. Speaking to the Senate Committee on Veterans Affairs, the Iraq and Afghanistan veteran said the VA treatment that he finally received saved his life, though the health system’s narrow appointment schedule made it difficult for him to find time to get help. | Stars and Stripes >>

Thousands Of Soldiers With Mental Health Disorders Kicked Out For ‘Misconduct’
The U.S. Army has kicked out more than 22,000 soldiers since 2009 for “misconduct,” after they returned from Iraq and Afghanistan and were diagnosed with mental health disorders and traumatic brain injuries. That means many of those soldiers are not receiving the crucial treatment or retirement and health care benefits they would have received with an honorable discharge. | NPR >>

The Taliban said Thursday it would not interfere with Afghan government-led efforts to deliver assistance to thousands of people suffering in the aftermath of this week’s magnitude 7.5 earthquake. | LA Times >>

The Defense Department’s Inspector General’s office has opened an investigation into whether United States soldiers were discouraged from reporting the rape and sexual abuse of children by their Afghan allies. | PBS Frontline >>

Two days after a massive magnitude-7.5 earthquake rocked Afghanistan and Pakistan, aid workers were still struggling to reach survivors in remote and impoverished mountainous areas Wednesday, as the death toll across the region has climbed to more than 380, according to figures from the Associated Press. | NPR >>

U.S. advisers have begun training the Iraqi Security Forces in the use of line charges to clear obstacles in the long-stalled effort to retake Ramadi in Anbar province from the Islamic State, the military said Tuesday. | Military.com >>

More than 60 members of Iraq’s ruling coalition will seek to withdraw parliamentary support for Prime Minister Haider al-Abadi’s reforms if he does not respond within 72 hours to their demands for wider consultation, parliamentarians said. | Reuters >>

Boot camp is a rite of passage in which drill instructors forge recruits’ identities as Marines. The DIs break them down, teach them how to follow orders and how to dress, speak and act like Marines. They teach them Marine Corps culture, heritage and traditions. The process creates a special bond, a love-hate relationship that the recruits will remember for the rest of their lives. Those drill instructors have secrets, though. | Marine Corps Times >>

There’s a new stealth bomber joining the U.S. Air Force and it will be one incredible aircraft. In war, this strike aircraft can fly deep into hostile areas – undetected – where it can unleash serious munitions against an enemy. | Fox News >>

An Army veteran is sharing his story in hopes of finding his best friend, his dog. Residents describe their neighborhood in Madill, as quiet and safe, but Army veteran Zachary Demerell is questioning that after he says someone stole his service dog from his yard Tuesday morning. | KXII >>

Michelle Cherland, a kindergarten teacher at Carrillo Ranch Elementary School in Indio, unpinned a photo from a wall behind her desk where a U.S. flag was folded neatly in a display case. The photo showed a smiling Cherland dressed in Army fatigues with a 7-year-old Iraqi girl. | The Desert Sun >>

Riding a handcycle almost 4,000 miles from San Diego to Washington, D.C., would seem like a lofty goal for even the most adventurous. Ret. Marine Sgt. Toran Gaal, who accomplished that feat last summer, didn’t stop there. He returned to the nation’s capital this month to tack on another 26.2 miles in the 40th annual Marine Corps Marathon. | KPBS >>

Weeks before President Obama ordered the raid on Osama bin Laden’s compound in May 2011, four administration lawyers developed rationales intended to overcome any legal obstacles — and made it all but inevitable that Navy SEALs would kill the fugitive Qaeda leader, not capture him. | New York Times >>

“All right ladies … Prince Harry is here! Don’t look like you don’t notice!” That’s how an enthusiastic First Lady Michelle Obama kicked off the blushing bearded royal’s whirlwind trip to the United States Wednesday, which included an informal meeting with President Barack Obama and a trip to the British Embassy. | CNN >>

The new top IT official at the Department of Veterans Affairs told lawmakers Tuesday she is meeting with her staff this week to discuss the future of a planned upgrade of the department’s in-house electronic health record system. The meeting comes after an independent report by MITRE Corp. concluded the homegrown system, first developed in the 1980s and still highly rated by clinicians, is “in danger of becoming obsolete.” | NextGov >>