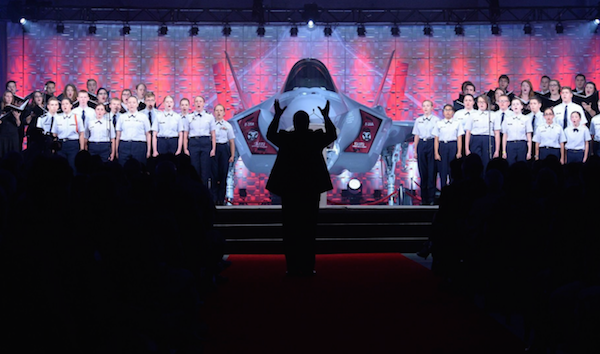 Cancer patients died waiting for care at troubled veterans’ hospital, probe finds
Some patients with bladder and prostate cancer died waiting for care, and medical treatment for almost 1,500 others was delayed because of short-staffing and mismanagement of urology care at the Veterans Affairs hospital in Phoenix, a new investigation has found. | Washington Post >>

Report: Insomnia Is A ‘Hidden Wound’ For US Troops
Combat-related insomnia is taking a toll on U.S. veterans returning from Afghanistan and Iraq. A report from Van Winkle’s cited it as the most unnoticed, under-prevented, and untreated injury that service members face — a major problem when the best treatment for post-traumatic stress disorder is sleep. | Task & Purpose >>

President Obama’s new strategy for Afghanistan will be a major topic Thursday when he meets with the leader of Pakistan. The visit of Prime Minister Nawaz Sharif is also “an opportunity to strengthen our cooperation on issues of mutual concern, including economic growth, trade and investment, clean energy, global health, climate change, nuclear security, counter-terrorism, and regional stability,” says the White House schedule. | USA Today >>

Afghanistan’s acting defense minister said Monday that the Doctors Without Borders hospital bombed by U.S. forces in the northern city of Kunduz was being used by insurgents as a “safe place.” | NY Daily News >>

Taliban forces advanced on the capital of the volatile southern Afghan province of Helmand on Tuesday amid fierce fighting with government forces that threatened to cut off a major highway and prompted many families to flee. | Reuters >>

The United States’ top military officer arrived in Iraq on Tuesday, saying that Iraq’s government has not sought Russian airstrikes to help in its fight against Islamic State militants. | USA Today >>

U.S.-led forces conducted 15 air strikes against Islamic State in Iraq on Monday, eight of them near the contested Sinjar area, and two air strikes in Syria, the U.S. military said. | Reuters >>

The Islamic State is facing mounting pressure from the Iraqi government and American-led coalition who are ramping up attacks and forcing the militants into a multi-front fight. Iraqi forces, supported by American warplanes, are attempting to encircle the city of Ramadi, the capital of Anbar province, in the hope of cutting off the militants’ resupply and reinforcements. | Task & Purpose >>

In the opening of his new book, Charlie Mike, journalist and author Joe Klein notes that, “in the U.S. Military, ‘Charlie Mike’ is shorthand for ‘continue the mission.’” Klein profiles a few of the foremost veterans organizations – Team Rubicon, The Mission Continues and IAVA – that are doing just that every day; rebuilding neighborhoods, serving their communities and advocating for their fellow veterans. We spoke with Klein about Charlie Mike and the legacy of these empowering organizations. | IAVA.org >>

The Army is placing medical officials in charge of substance abuse treatment for soldiers in the wake of a USA TODAY investigation that uncovered poor treatment and a spike in suicides among those suffering addiction. | USA Today >>

The takeoff of the New York Air National Guard’s LC-130 Hercules ski-equipped aircraft here Oct. 16 marked the official start of the 109th Airlift Wing’s 28th season of support to science research at the South Pole. By the end of the month, the wing’s Airmen and aircraft are expected to be in place at McMurdo Station, Antarctica, participating in Operation Deep Freeze, the military component of the U.S. Antarctic Program, managed by the National Science Foundation. | Air Force News >>

As the Marine Corps’ top operations officer, Lt. Gen. Ronald Bailey is helping lead the service through a shift from large-scale combat operations to nimble crisis response missions. Bailey, the deputy commandant of Plans, Policies and Operations, is the top Marine responsible for guiding deployment plans and force-structure policies. He also serves as the advocate for the service’s ground combat element, acting as a liaison between Marines carrying out missions worldwide and the leaders planning them in the Pentagon. | Navy Times >>

Hank Donigan can relate to the people he’s running for. Donigan, 60, a retired Marine colonel who lives in San Diego, has been running marathons since 2013 for the Semper Fi Fund, an organization that supports wounded service men and women and their families. The Marine Corps Marathon in Washington, D.C. on October 25 marks his 22nd race of marathon distance or longer for 2015 (last year, he completed 28), and his 16th consecutive MCM.  | Runner’s World >>

Harry Patterson, a denizen of Angel Fire and Wichita Falls, Texas, who dressed every bit the part of a Western icon waits on horseback for the group to get ready. A volunteer in Angel Fire for “about five years,” and also for wellness programs for Veterans in Texas, Patterson says, “I’m just here to help out and tell a few stories.” | Sangre de Cristo Chronicle >>

Before Wes Moore takes the JQH Arena stage Tuesday evening, he will likely be introduced by a Missouri State University official. That individual might talk about Moore’s journey, from a poor neighborhood in Baltimore to become a Rhodes Scholar, combat veteran and White House Fellow. | Springfield News-Leader >>

Former Virginia Sen. Jim Webb said Tuesday he is dropping out of the Democratic race for president and is considering his options about how he might “remain as a voice” in the campaign. | Associated Press >>

The chairman of the House Committee on Veterans Affairs is threatening to subpoena VA senior executives at the center of a damning investigation into a questionable hiring scheme if they refuse to appear at a hearing Wednesday. | Stars and Stripes >>