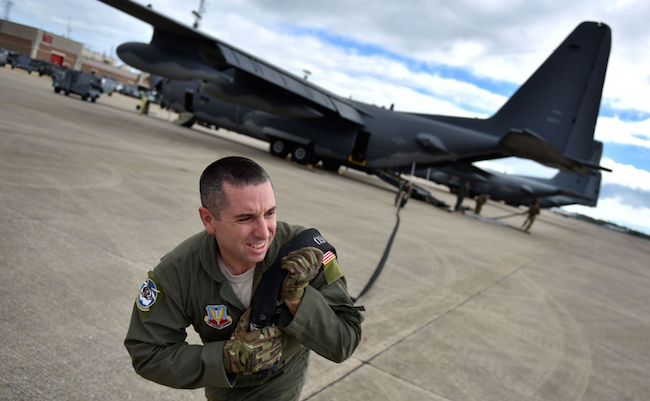 VA secretary says: ‘We’ve aggressively increased access to care’ but are still falling behind
Veterans Affairs Secretary Robert McDonald said the government’s second-largest agency is serving millions more veterans faster after a scandal over fudged wait times for medical appointments, but he acknowledged that the sprawling health-care system is struggling to keep up. | Washington Post >>

Senate Faces Flurry of Spending Bills and a Holiday Rush
With a month to go before Congress must finish its 12 spending bills or face another case of shutdown fever, the Senate returns on Monday to focus on one of the least contentious of the measures — legislation funding veterans and military construction programs. | New York Times >>

New Documentary Explores The Question, What Makes A Hero?
David Botti’s BBC documentary “What Makes a Hero” captures the disconnect between veterans and civilians, the culture of guilt created by service members, and the subsequent need to laud them as heroes. There has been much controversy lately surrounding the word “hero” as a term used to describe veterans. Botti’s documentary suggests that this need to honor the troops comes from civilians who feel indebted to the men and women “heroes” who have served. | Task & Purpose >>

Afghan militants claiming loyalty to the Islamic State were found to have beheaded seven ethnic Hazara civilians who had been abducted in the southern Afghan province of Zabul, officials said on Monday, as infighting among Taliban splinter factions intensified. | New York Times >>

Doctors Without Borders is saying no thanks to a Pentagon offer to pay for rebuilding its trauma center destroyed by a U.S. AC-130 gunship on Oct. 3, killing 30 patients and staff. A group spokeswoman told The Washington Times on Sunday that the nonprofit, also known as Medecins Sans Frontieres (MSF), has made it a practice not to accept government money in Afghanistan and will continue that policy. | Washington Times >>

NATO partners are considering ways of beefing up their training and assistance mission in Afghanistan as concern grows over the ability of local forces to fight an escalating insurgency by Taliban militants, according to officials in Brussels and Kabul. | Reuters >>

The Pentagon has set aside $5 million in the 2016 defense budget that will, in part, be spent on compensating the families of civilians killed in U.S. and coalition bombing raids against the Islamic State militant group, also known as ISIS. The payment system represents the first time the U.S. has publicly acknowledged killing or wounding Iraqis since the bombing campaign against ISIS began in the summer of 2014. | International Business Times >>

In north-eastern Syria a new alliance of Kurds, Christians and Arabs is pushing back Islamic State militants along the border with Iraq. The coalition, called the Syrian Democratic Forces (SDF), is receiving weapons and air support from the US and others. | BBC News >>

More than 230,000 people received a first dose of cholera vaccine in a massive campaign to combat an outbreak of the disease in Iraq, the World Health Organisation said Monday. Over 2,500 cases of cholera have been confirmed in Iraq since the outbreak began, causing two confirmed deaths, according to the WHO. | AFP >>

Defense Secretary Ash Carter unveiled a new strategy for cyber warfare on Thursday and said the Pentagon should improve its ties to the private sector where most of the field’s top talent and technology resides. | Military Times >>

The commandant of the Marine Corps is directing top leaders to conduct a full review of the service’s fitness and body composition standards. Gen. Robert Neller signed an all-Marine message Monday instructing the Corps’ Training and Education Command to complete a comprehensive review of several pieces of the service’s fitness program. The review will include a look at the scoring on the physical and combat fitness tests as well as body composition rules like height, weight and body fat standards for all Marines. | Military Times >>

The Air Force has struggled with a drone pilot shortage since at least 2007, records show. In fiscal year 2014, the most recent data available, the Air Force trained 180 new pilots while 240 veterans left the field. | LA Times >>

Starbucks grabbed headlines last summer when it announced it would offer full tuition coverage to employees who work toward an online undergraduate degree from Arizona State University. Now, if an employee is a veteran or an active-duty member of the military, Starbucks will extend the free tuition to a spouse or one of the employee’s children, too. | Washington Post >>

On Monday, personal finance site WalletHub released a report ranking the U.S. cities where veterans may find it easier to reacclimate. The site narrowed down its list by considering only the 100 most-populated cities in the U.S. and then scored them based on characteristics relevant to veterans, such as percentage of military skill-related jobs, veteran unemployment rate, veteran population, and number of VA-benefits administration facilities. | Fortune >>

Carter Davis has already helped scores of veterans connect with each other through fitness, and it’s about to grow exponentially. The former U.S. Navy corpsman founded Lift For the 22 earlier this year as a way to reduce suicide rates among veterans. The program will officially go national on Veterans Day, Nov. 11. | The Oregonian >>

In response to long-term openings in top administrator positions at Veterans Affairs hospitals in St. Louis and elsewhere around the country, Rep. Mike Bost, R-Myrphysboro, said Monday he was introducing legislation requiring the VA Secretary to submit within four months a plan to fill the posts. | St. Louis Post-Dispatch >>

With the House out for a week-long Veterans Day break, all eyes will be on the Senate as it takes a second stab at an annual defense policy bill. Senators are expected to vote on a revised National Defense Authorization Act (NDAA) on Tuesday after the legislation sailed through the House last week by a 370-58 margin. | The Hill >>