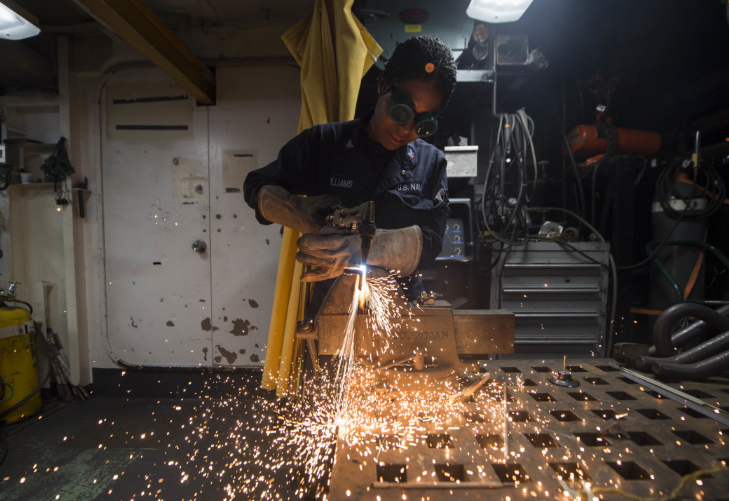 Most of its current services connect a doctor at one VA facility with a patient at another one. That’s perfectly legal, as long as the doctor has an unrestricted license in at least one state. But the rules are different if the patient is not on federal property – say, at his or her home, or at a private-sector medical clinic. In that case, the VA clinician would have to be licensed in the state where the patient happens to be sitting. | Federal News Radio >>

“We have a lot of projects coming behind this,” she said. “We’ll add ORs, and we also are adding a radiation oncology wing, we’re adding some primary care space, some dental care space … and increasing our parking where we can, but that’s one of the biggest challenges here.” | WUNC >>

A solution to 12304b issues was included in a pre-bill draft set for discussion before a subcommittee of the House Committee on Veterans’ Affairs at the end of April. But it was postponed after public disagreements by veterans groups over a proposal to require new recruits to pay $100 into the Post-9/11 GI Bill every month for two years to help fund 18 new components. | Stars and Stripes >>

Just over 10 years ago, Qasim al-Araji was being arrested a second time by American forces in Iraq. The charges were serious: smuggling arms used to attack U.S. troops and involvement in an assassination cell at the height of sectarian violence that engulfed Iraq following the 2003 toppling of Saddam Hussein. Now, he heads of one of Iraq’s most powerful ministries. | NBC News >>

The new plan, which still needs the approval of the president, calls for expanding the U.S. military role as part of a broader effort to push an increasingly confident and resurgent Taliban back to the negotiating table, U.S. officials said. The plan comes at the end of a sweeping policy review built around the president’s desire to reverse worsening security in Afghanistan and “start winning” again, said one U.S. official, who like others spoke on the condition of anonymity to discuss internal deliberations. | The Washington Post >>

Today, Abu Hassan, who asked that his real name not be used, still cannot understand how the friend he grew up with could support the jihadi group that killed thousands and branded his own minority sect infidels worthy of slaughter. “After something like this, how do people live together again?” he asks. | Financial Times >>

The U.S. hasn’t conducted any so-called FONOPs in the South China Sea since Trump took office, a Pentagon official said previously. Such patrols — where ships or planes go near features claimed by China and others to test their assertions to exclusive access — have typically produced protests from Beijing. The U.S. isn’t a claimant in the South China Sea, where China has built military airstrips and boosted its naval presence. | Bloomberg >>

The Army’s relatively new war fighting concept – multi-domain battle – acknowledges the battlefield is interconnected across domains from space to land to air to sea and even to cyberspace. The battlefield is expanding not just across geographic space but also the electromagnetic and cyber spectrums. Adversaries will be more closely matched in capability with U.S. forces and therefore smaller units will be expected to maneuver quickly semi-independently from larger formations during small windows of advantage.  | Defense News >>

The tentative proposal, initially proposed by then-Secretary of Defense Ashton Carter in 2016, is only one of several ideas being considered to combat concerns about severe cyber warfare readiness by allowing qualified information-technology specialists to enter the service laterally, at the rank of staff sergeant or higher – foregoing recruit training and jumping right into the digital fray. | Task and Purpose >>

They dig ditches and clear trees of this 50-acre farm near the Vermont border, one at a time. Working the land is part of a unique program aimed at helping veterans struggling homelessness and drug and alcohol addiction. DV Farm is operated by veterans for veterans and provides a sober stable environment to help them be successful in civilian life.  Le Blanc who served in the Air Force spent years on the streets, in and out of traditional rehab programs. Nothing worked until he got to the “farm” | WCHS 6 >>

Ian Newland has a body full of shrapnel after he was nearly killed by a grenade in Iraq 11 years ago. It’s been a tough road to recovery, but he’s now transformed his attitude, his life — and most of all, his body — in the hopes of inspiring others. Newland spends hours in the gym every day, motivated by the people who told him he couldn’t do it. | KDVR >>

You can’t tell me that someone who has served overseas and learned to speak two languages is not qualified enough to earn college credits toward a political science degree,” said Weiner. “It doesn’t make sense.” That’s why Weiner and law school classmate and Army veteran Karthik Venkatraj are lobbying state lawmakers for a measure requiring the state’s colleges and universities to have a firm policy to award credit for military service. | The Denver Post >>