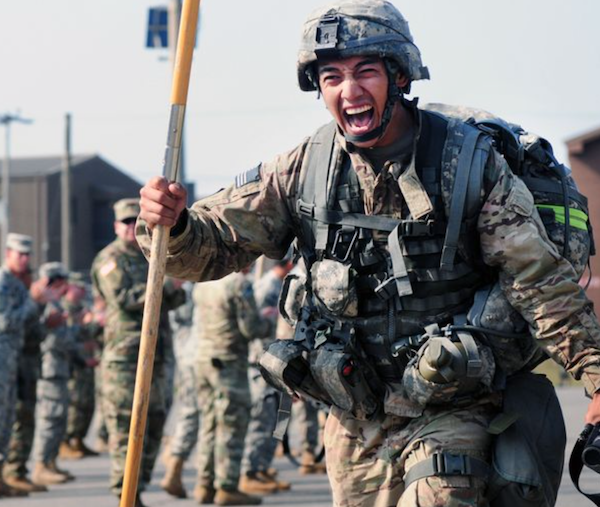 Fifty Years On: Vietnam Vets Still Coming into Treatment for the First Time
The gathering was to mark the 50th anniversary of that war. After the speeches, I was moved by vets sharing their experiences…get this…for the first time. Fifty years have passed, and these vets still carry such vivid memories, and of course, invisible wounds. | Huffington Post >>

Leading homeless veterans back into mainstream of life
Even after getting off the streets, only a small fraction of these veterans reconnect with family or resume or start friendships. Most don’t increase the number of days they work; in fact, a striking number quit their jobs. Many struggle with such daily activities as navigating public transportation, cooking, shopping for groceries or managing a budget. | Phys.org >>

Senate Caves To All Of Union’s Demands on Veterans Affairs Firing Bill
All of a federal employee union’s objections were removed from a Senate bill designed to help the Department of Veterans Affairs (VA) discipline bad employees, making it politically easier for the bill to pass, but indicating it may not be doing the very thing it’s supposed to. | Daily Caller >>

Three Haqqani network operatives suspected of planning a bomb attack in Kabul have been arrested, the Afghan intelligence agency said Wednesday.The men were caught with eight sticky bombs, one pistol, 11 mobile phones programmed to detonate a mine system and one mine remote control, the National Directorate of Security said in a statement. | Stars and Stripes >>

“Peace is at hand.” Americans of a certain age will remember the phrase. It was spoken by U.S. Secretary of State Henry Kissinger in 1972, in reference to the war in Vietnam. Today, I can with the same degree of confidence say that peace is at hand in Afghanistan. | Huffington Post >>

“Prince was really invested in orphans,” says Seattle native Marnie Gustavson, executive director of Physiotherapy and Rehabilitative Support for Afghanistan (PARSA), who spoke to The Hollywood Reporter in a phone interview from Kabul, where she has lived for the past 12 years. | Billboard >>

When Islamic State swept into the northern Iraqi town of Sinjar in 2014, a few young Yazidi women took up arms against the militants attacking women and girls from their community. “They took eight of my neighbors and I saw they were killing the children,” Asema Dahir told Reuters last month at a checkpoint near a front line north of Mosul. | Reuters >>

The most consequential fight for the country’s future may be playing out in Baghdad’s Green Zone, not with bullets and bombs, but amid an unanswered cry for political reform to a deeply dysfunctional and sectarian state. | The Chicago Tribune >>

A family in South Korea owes their lives to a group of airmen and soldiers who caught the mother and her children as they leapt out the fourth-floor window of a burning building Friday. “We were coming from eating dinner,” said Senior Airman Devan Schoenewe of the 51st Communications Squadron at Osan Air Base. “The first thing we realized was, we smelt smoke.” | Air Force Times >>

Back-to-back years of budget cuts are forcing the Marine Corps to slash in half its fleet of crisis response Ospreys in Spain, a move that comes as the force struggles to maintain its overall state of readiness, according to senior Defense Department officials. | Stars and Stripes >>

A 28-year-old army officer on Wednesday sued President Obama over the legality of the war against the Islamic State, setting up a test of Mr. Obama’s disputed claim that he needs no new legal authority from Congress to order the military to wage that deepening conflict. | The New York Times >>

Timothy Payne, a medically retired Army staff sergeant who served for 11 years, will compete with the U.S. Armed Services team in swimming and discus. He said his life changed during a mission in Kandahar, Afghanistan, after he made a deal with God. | Department of Defense >>

Some would say the two-minute video captures everything that is best about the Marine Corps — a one-legged vet pushing through immense pain to conquer a colossal hill that memorializes fallen comrades. | Marine Corps Times >>

The parade theme aims to raise awareness of, and help reduce, veteran suicides. This year’s Memorial Day Parade grand marshal, Stephen Cochran, knows only too well the importance of this mission. Veteran efforts in suicide prevention are referred to as “22-A-Day”, due to the higher number of veterans who commit suicide each year in the United States as compared to non-military individuals. | Press and Guide >>

Veterans Affairs officials are still pushing for benefits appeals reform this year, even if Congress appears to have its sights focused elsewhere. | Military Times >>

Louisiana’s lawmakers have decided veterans should be exempt from having to pay a state fee to get a concealed carry permit. The Senate gave final passage to the proposal with a 37-1 vote Tuesday, sending it to the governor’s desk. | The Associated Press >>