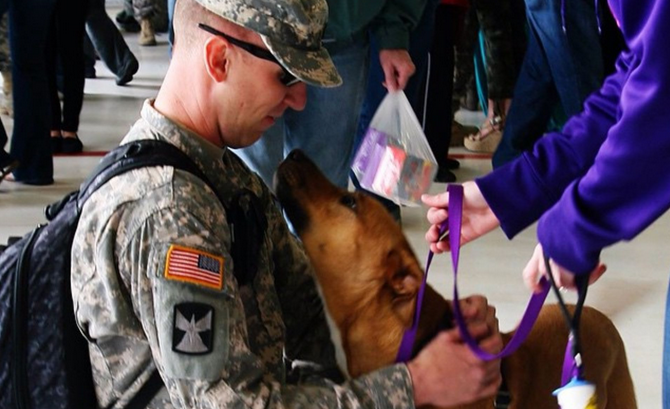 VA’s internal watchdog refused to investigate Aurora project
The U.S. Department of Veterans Affairs’ internal watchdog issued more than 1,500 reports between 2010 and 2014 but not one focused on the agency’s unfinished hospital in Aurora. | Associated Press >>

VA Crisis Line under investigation
Amid concerns that the Veterans Affairs Department’s suicide hotline has left veterans stranded during high-volume call periods, a senator has asked VA to investigate the service to ensure it is meeting veterans’ needs. | Military Times >>

The trial of 49 suspects, including 19 police officers, on charges relating to the mob killing of an Afghan woman began here in the capital on Saturday. | New York Times >>

Canadian Prime Minister Stephen Harper made a surprise visit Saturday to Iraq, pledging to continue Canada’s support for the battle against the Islamic State group as bombings across the country killed at least 30 people. | Associated Press >>

Iraq’s Sunnis fleeing the fighting in western Anbar province have provided a cover for Islamic State militants to carry out a wave of bombings that struck Baghdad, political and security officials in the Iraqi capital claimed on Friday. | CBS News >>

Congress may reconsider a provision in an upcoming bill funding the training of the Iraqi army that would also send weapons directly to Arab Sunnis and Kurds, a congressman visiting Baghdad said Sunday. | Associated Press >>

It will be a week before the eight women trying to earn the coveted U.S. Army Ranger tab find out if they move from the hills of Fort Benning to the mountains of North Georgia and the next step in the brutal leadership training process. | The State >>

Navy warships have started accompanying U.S.-flagged vessels through the Strait of Hormuz in the latest move to reassure maritime traffic after Iranian ships seized a ship flying the flag of a U.S.-protected island nation. | Stars and Stripes >>

About 20 Japan-based troops arrived in Nepal to assess how the U.S. military can assist with humanitarian and disaster response missions after an earthquake ravaged the country. | Marine Corps Times >>

Challenges on the field are nothing new for Nate Boyer. Except the fields that shaped him as young man were battlefields, not football fields. Boyer, a 34-year-old former Green Beret, served multiple tours of duty in Iraq and was offered a contract as an undrafted free agent by the Seahawks following the draft. | Seattle Seahawks News >>

From prisoner of war to motivational speaking and landing a role in a Christian film, Jessica Lynch has come a long way from her ordeal in 2003 during the invasion of Iraq. | Lodi News-Sentinel >>

It’s not every day that you’re on the same flight as an NFL quarterback. Kane Bernas, a U.S. Army serviceman, shared an Alaska Airlines flight to Seattle with Russell Wilson. Bernas was headed to his seat in coach when the Seahawks quarterback pulled him to the front and upgraded his ticket to first class. | ESPN >>

House members on Thursday approved plans for a 2.5 percent hike in Veterans Affairs Department funding next year despite a presidential veto threat over what the White House sees as a $1.4 billion funding shortfall. | Military Times >>

When combat-wounded veteran Dawn Halfaker learned she was pregnant, she thought that the Department of Veterans Affairs would help coordinate her care and pay related bills. But Halfaker quickly found that the VA was not much help, leaving her on her own to find a provider and pay for services. | Military.com >>

While the VA chief says his agency is turning around, two federal auditors have issued new reports blasting the VA health system for huge gaps in oversight, serious management issues and IT failures that put facilities “at risk of not fulfilling their mission.” | Fiscal Times >>