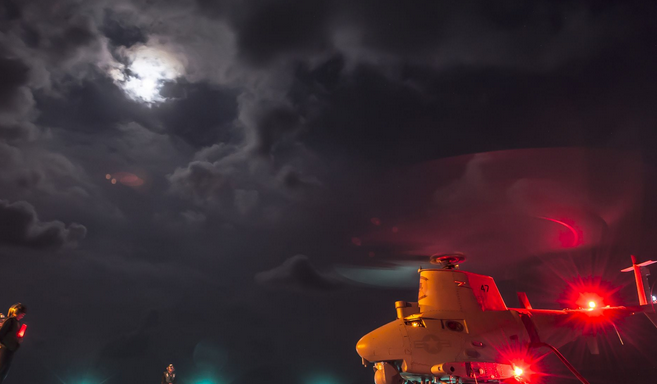 Report: Despite hiring efforts, veterans face employment obstacles and civilian disconnect
Despite recent national efforts to hire veterans and educate employers, a new report released Tuesday says that vets have trouble finding and keeping jobs and that civilian employers struggle to understand them. | Stars and Stripes >>

Lawsuit Links Phoenix VA Misdiagnosis To Veteran Suicide
One new veteran suicide case brought by the wife of late US Army veteran Gene Spencer against VA for wrongful death could have deep impacts in VA health care. One VA physician misdiagnosed lung cancer and told the veteran to go home to die. So the veteran took matters into his own hands with a gun four days later to cut short his death sentence. | Disabled Veterans >>

Putting old differences aside, Afghanistan and Pakistan are fighting the same enemy. That seemed to be the message as the leaders of the two countries met in Kabul, pledging to work together to fight terrorism. | The Guardian >>

Afghanistan has the equivalent of 400,000 football fields of opium fields, despite significant efforts and money spent by the United States on curbing the development of the country’s drug supply. | Newsweek >>

A Green Beret was awarded the third-highest medal for valor in combat at Joint Base Lewis-McChord for his role in turning back an attack on his base in Afghanistan in 2013. | Associated Press >>

The videos of Islamic State militants destroying ancient artifacts in Iraq’s museums and blowing up 3,000-year-old temples are chilling enough, but one of Iraq’s top antiquities officials is now saying the destruction is a cover for an even more sinister activity — the systematic looting of Iraq’s cultural heritage. | Associated Press >>

The struggle between Iraqi government forces and Shia militia against Islamic State (IS) for control of the country’s largest oil refinery, Baiji, is at yet another critical moment. | BBC News >>

The anger building in Sunni communities is the next challenge for Prime Minister Haider al-Abadi’s Shiite-dominated government as the cost of battling militants bites into revenues already hit by an oil price slump. The $430 million it has pledged for reconstruction is a fraction of what officials says is needed, raising the risk that sectarian discord will again boil over in pacified parts of OPEC’s second-biggest producer. | Bloomberg >>

At a former Soviet military base outside of the western Ukrainian town of Lviv, about 300 U.S. Army paratroopers from the 173rd Airborne Brigade, which is based in Vicenza, Italy, are training the Ukrainian National Guard. | Newsweek >>

The Army has “a long way to go” to reach its readiness goals, and all the gains it has made in the last 18 months could be lost if sequestration returns in October, the Army’s No. 2 officer said Tuesday. | Army Times >>

Journalist Seymour Hersh’s allegations that the White House lied about how Osama bin Laden was killed are being described by the Navy SEAL who killed the al Qaeda leader as “almost an insult to the word ‘ludicrous.’” | Washington Times >>

Judd Apatow is planning to make a movie with Phil Klay, the Iraq war veteran who wrote the award-winning bestseller “Redeployment,” according to Vulture. While appearing on a podcast with comedian Pete Holmes, the producer and writer known for movies like “The 40-Year-Old Virgin” and “Knocked Up” said it would likely be a comedy/drama. | We Are The Mighty >>

“The cameras didn’t see us going through an Iraqi school that was opened for the first time, helping out the kids,” explained Adam Campbell, a U.S. Army veteran who grew up in Lakewood and served on the front lines during four tours of Iraq and Afghanistan. “I was very proud.” | Brick Shorebeat >>

This week, for the first time, Lemon, a 32-year-old retired Army specialist, will try paddleboarding as he participates in the first ever SUP & OR RUN (stand-up paddleboard and run event) at Nathan Benderson Park. The event benefits the local chapter of Operation Second Chance, a national organization that supports wounded or ill veterans. | Sarasota Herald-Tribune >>

A U.S. senator has raised questions over NFL teams honoring U.S. servicemen and servicewomen, while not always disclosing they were paid to do so by the Department of Defense. | ESPN >>

An effort by the Department of Veterans Affairs that aimed to speed the processing of disability-benefits applications also loosened controls that prevent veterans from exaggerating symptoms to receive more money, say current and former VA employees. | Wall Street Journal >>

Senate Democrats are calling on the Department of Veteran Affairs to help student veterans navigate the collapse of Corinthian College. The for-profit school closed 28 campuses late last month, leaving 1,600 students in the lurch, and filed for bankruptcy on May 4. Because hundreds of veterans used taxpayer-funded post 9/11 GI Bill benefits to enroll in Corinthian colleges, the lawmakers said the VA should provide students with information on how they will be impacted by the bankruptcy and closures. | The Hill >>