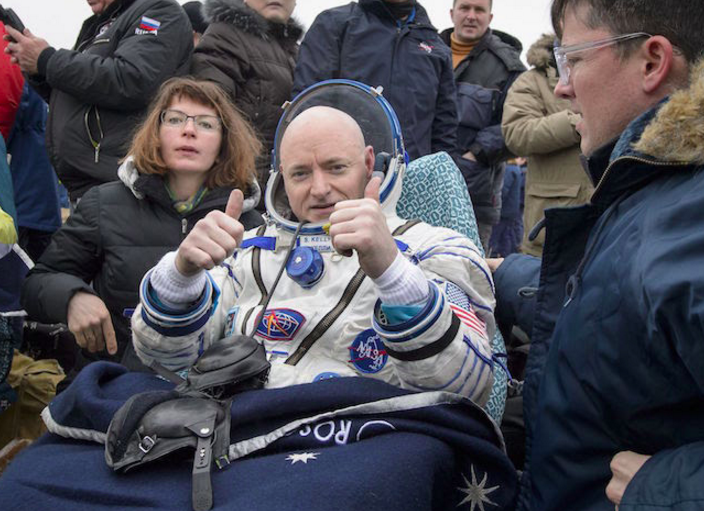 VA-DoD interoperability marathon continues
You might say Las Vegas is a place where hope eternally triumphs over experience. So perhaps this is the perfect place for the VA and DoD to promote their eternal hope: interoperability between their electronic health records. | Politico >>

VA exploring public-private plan for new Omaha facility
Omaha could get a $136 million medical facility built next to the run-down veterans hospital if a public-private initiative were to be carried through, officials said. The Department of Veterans Affairs plan would provide 157,000 square feet of new medical space, according to U.S. Rep. Brad Ashford, an Omaha Democrat who represents Nebraska’s 2nd Congressional District. The VA would provide $56 million, Ashford said, and private donors would be asked to put up the remaining $80 million. | AP >>

First lady asks women veterans to share their stories
First lady Michelle Obama wants women veterans to talk about themselves more. “(Your stories) are so worth telling, and our girls, our granddaughters need to hear them,” she told a packed Statuary Hall during a Women’s History Month event at the Capitol on Wednesday. “If you are a woman veteran, if you have worn the uniform and served bravely, I want to ask you to stand tall.” | Military Times >>

On Monday, Navy Senior Chief Edward Byers was awarded the nation’s highest combat honor for his role in a hostage rescue mission. Byers is believed to be first service member to ever earn the Medal of Honor while assigned to the secretive SEAL Team 6. But it is his plans for the future that could make him even more unique: Byers wants to return to combat. | Washington Post >>

A congressman wants members of the U.S. armed forces to stop sexual abuse on military installations and forward operating bases, including crimes by allied troops in their own countries. Rep. Duncan Hunter, R-Calif., announcedWednesday he would introduce a bill that, should it become law, would force the Defense Department to expand the scope of abuse service members should intervene to stop. | Army Times >>

Bloomberg TV Canada’s Amanda Lang and Stanley McChrystal, a retired four-star U.S. Army general, take a look at why the military needs to approach its battle with ISIS differently than Iraq and Afghanistan and why fighting is taking place increasingly off the battlefield. (Part 1 of 3) | Bloomberg >>

American troops in Iraq are interrogating a leader of the Islamic State after capturing him in a special operations raid, according to national security officials in Washington. The Pentagon will not say much about the ISIS leader, including his name, where in Iraq he was captured or what role he played in the terrorist group. Revealing too much about the raid would imperil a new push to target and capture ISIS leaders, officials warned. | NPR >>

Yazidis fled Sinjar in northern Iraq when Islamic State attempted to wipe them out in August 2014. Now they are leaving refugee camps and going back to rebuild their lives in the city, which has been recaptured by Kurdish forces. Photographer Gus Palmer follows families as they readjust to life in Sinjar. | The Guardian >>

Reports of Central Command manipulating Iraq and Syria war intelligence have been grossly distorted and are damaging to the Pentagon’s analysis efforts, a Marine general in charge of a key Defense Department intelligence-gathering operation told House lawmakers on Wednesday. | Stars and Stripes >>

As part of its new Soldier Protection System, the U.S. Army plans to field eye protection that adjusts to daytime and night conditions so soldiers won’t have to constantly change eyewear on operations. | Military.com >>

The Navy SEALs have been telling a San Diego congressman that they’re under-equipped and forced to spend their own money on combat gear, and he is on a quest for answers. Rep. Duncan Hunter, R-Calif., asked the military’s top special operator whyNavy special operators are forced buy some pieces of their own gear and to turn in their firearms at various points in the deployment cycle. | Navy Times >>

A veteran and a civilian in a room together. They don’t know each other, and the non-veteran just listens. It is the basis of a project aimed to help veterans struggling to readjust to civilian life, and a local woman says it’s saving lives. “No one comes home unscathed. You never get over war,” said retired Army Colonel, and clinical psychologist, Dr. Kathy Platoni of Centerville, in a public service announcement for Listen 2 Veterans. | WAVY-TV >>

A local veteran who helped train K-9s in the military is now is using his skills to help other veterans struggling with post-traumatic stress disorder. Channel 2’s Craig Lucie met Army Specialist Blake Rashad and his team at their new Gwinnett County dog training headquarters, where they have a lot of work to do and they need your help. | WSB-TV >>

Some northwest Indiana veterans and their supporters are looking to help other local combat veterans suffering from PTSD, traumatic brain injury and depression build a new life one motorcycle at a time. Operation Combat Bikesaver Inc. was organized to connect veterans suffering from the mental effects that can be caused by their service with tarnished motorcycles that need to be rebuilt. | Post-Tribune >>

A program that allows military veterans to choose care outside the Veterans Administration has some problems to fix. That was one of the messages VA officials heard during a town hall meeting Tuesday at the Tomah VA Medical Center. | The Tomah Journal >>

Two judges and three attorneys for Department of Veterans Affairs who handle appeals of benefits claims were found to have repeatedly sent racist and sexist emails, the department announced Wednesday. All five worked for the Board of Veterans’ Appeals, where veterans can appeal decisions to deny claims for benefits. | Stars and Stripes >>

Lawmakers are worried the Department of Veterans Affairs’ requested spending cutback for health IT modernization could be a sign the agency is struggling to meet the goal of interoperability with the Defense Department’s electronic health records system. | FedScoop >>