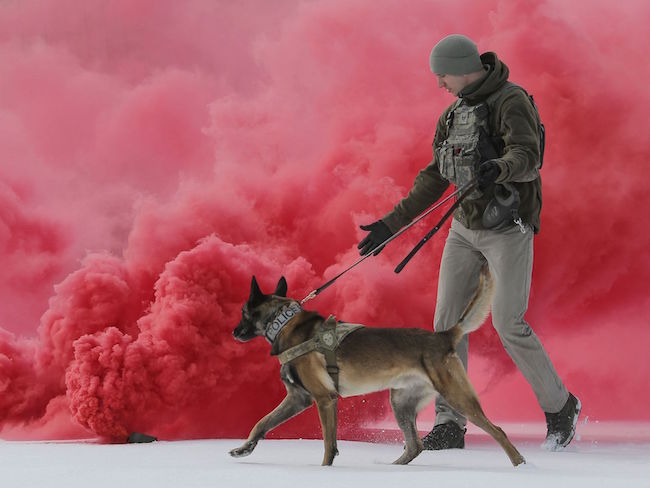 2015 was the best year for post-9/11 veteran employment — and it’s not even close
The annual unemployment rate for the latest generation of veterans in 2015 was the lowest ever recorded — by far, government statistics indicate. Post-9/11 veterans charted an average unemployment rate of 5.8 percent for the year, according to a Bureau of Labor Statistics report released today, down significantly from the 7.2 percent posted last year. | Military Times >>

Research Shows Mental Health Issues More Common in Veterans Than Rest of US Population
It’s the largest mental health study in conjunction with the U.S. military, with nearly 25% of active-duty, non-deployed soldiers testing positive for some form of mental illness, according to CNN. Of that group, 11% had more than one disorder. Only half of those originally had mental health disorder diagnoses upon enlisting into the Army. | Mic >>

For The VA’s Broken Health System, The Fix Needs A Fix
The fix is broken. Two years ago Congress created the Veterans Choice Program after scandals revealed that some veterans were waiting months to get essential medical care. The $10 billion program was designed to get veterans care quickly by letting them choose a doctor outside the VA system. Now Congress and the U.S. Department of Veterans Affairs are pushing through new legislation to fix the program. | NPR >>

As Afghanistan celebrated its New Year at the start of spring, the Taliban warned of violence and bloodshed in the months to come, adding to fears the country could be on the brink of its deadliest fighting season. | Stars and Stripes >>

About 500 soldiers from the 1st Cavalry Division will deploy to Afghanistan this summer, the Army announced Tuesday. The deploying soldiers will be from the division headquarters and its Sustainment Brigade headquarters. | Army Times >>

A day after bombs ripped through Brussels, President Barack Obama declared Wednesday that fighting the Islamic State is his “No. 1 priority” and blasted Republican calls for surveillance of Muslim neighborhoods as counterproductive and contrary to U.S. values. | Associated Press >>

Islamic State has lost territory in a string of military defeats in Syria and Iraq over the past several months and the group has also come under new financial pressure, according to U.S. and Western officials. | Wall Street Journal >>

More than 120 people have signed up for the Islamic State in Iraq and Syria’s (ISIS) suicide bomber brigade, Sky News reported. The news outlet obtained ISIS personnel files revealing the existence of a suicide brigade, with 123 names on its list. ISIS members who are part of the brigade come from countries including France, Germany, Spain, Tunisia and Egypt. | The Hill >>

The Army is launching a pilot program this summer that pairs active-duty units with those in the Army Reserve and Army National Guard so they can train together and even deploy together. | Army Times >>

The Navy is still considering putting an electric-powered gun aboard a Maine-built destroyer, but the futuristic weapon would be installed after the ship is built, a top Navy officer said. The construction schedule is too far along to install an electromagnetic railgun aboard the Lyndon B. Johnson at Bath Iron Works, “but it’s certainly an option after the ship leaves the yard,” said Rear Adm. Pete Fanta, director of surface warfare. | Military Times >>

Air National Guardsmen will have an increasing role in the cyber defense of the nation, top generals told Congress Tuesday. The demand for the Air Guard to aid in cybersecurity is so high that almost any new units are immediately being assigned to the mission, said Army Gen. Frank Grass, the chief of the National Guard Bureau. | Air Force Times >>

The legacy of the Iraq War and its resurgence in the national conversation, especially now in the midst of a particularly charged and vitriolic election year, are among the urgent and resonant questions of Youngblood (Atria), a smart and riveting new novel by Matt Gallagher, set in the fictional town of Ashuriyah. | Vogue >>

Professional fighters and athletes spend their careers preparing for the brief moments in the ring or on the field. But what happens after the match, or the game, when the athletes hang up their gear and step out of the limelight? This is what interests Anthony Geathers, a sports photographer and former Marine infantryman. | Task & Purpose >>

Iraq Veteran Ian Michael and Afghanistan veteran Gino Greganti started the Human Hug Project when they realized a simple hug had the power to help heal some of their battle scars. “We’ve been traveling the country giving hugs at VA Hospitals and at local events for about the last year. | CW39 >>

Former Defense Secretary Chuck Hagel worries that too few veterans are helping shape national security decisions today. On Tuesday, during comments at a HillVets event across the street from the U.S. Capitol, Hagel said the lack of veterans in key political posts has left a “deficit” in critical military and security discussions, and helped widen the knowledge gap between civilians and those who served in the military. | Military Times >>

Illinois Rep. Tammy Duckworth, a military veteran who lost her legs when her helicopter was shot down in Iraq, warned Tuesday that “harmful” and “dangerous” rhetoric about Muslims like Ted Cruz’s puts American soldiers in harm’s way. | Mashable >>

The House passed a bill Tuesday allowing a group of pioneering female World War II military pilots to be interred at Arlington National Cemetery. The bill, sponsored by Rep. Martha McSally, R-Ariz., won widespread support with a 385-0 vote and will ensure the Women’s Airforce Service Pilots are eligible for above-ground urn space and full burial honors. | Stars and Stripes >>