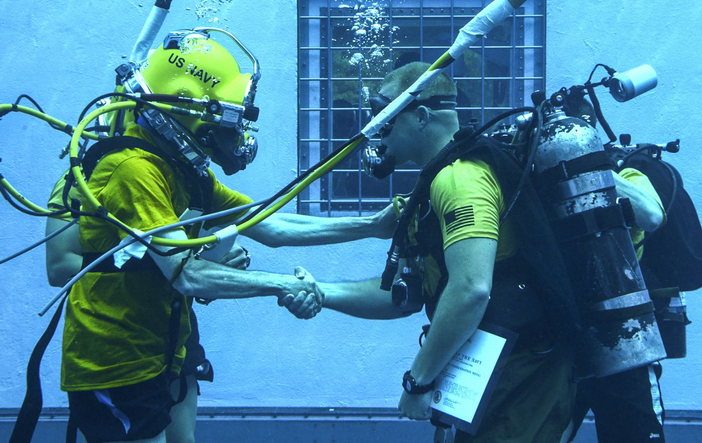 Study: Bomb blasts may cause early aging in brains of troops
VA scientists have discovered signs of early aging in the brains of Iraq and Afghanistan war veterans caught near roadside bomb explosions, even among those who felt nothing from the blast. | USA Today >>

Tighten GI Bill transfer rules, senators say
Congress may tighten rules for troops who want to share Post-9/11 GI Bill benefits with their family members. Tucked into the Senate version of the annual defense authorization bill is a provision that recommends defense officials review current policy in that area to ensure it “encourages the retention of individuals in the armed forces.” | Military Times >>

Officials back away from deadline on homeless vets
Heads of the departments of Veterans Affairs, Housing and Urban Development, and Labor on Monday backed off the White House’s stated goal of ending veterans homelessness by the start of 2016, instead emphasizing “sustainable” plans to permanently end the problem as soon as possible. | Military Times >>

A landmark intelligence-sharing pact between traditional rivals Afghanistan and Pakistan is facing a quick and severe test as the Taliban step up their traditional spring offensive and score some early military successes in Afghanistan’s north. | Washington Times >>

It is late afternoon and slivers of sunlight stream in through an exhaust fan, cutting through multicolored strobe lights and shisha smoke in a basement karaoke club, one of more than a dozen in the northern Afghan city of Mazar-i-Sharif. | Reuters >>

The Afghan Taliban is urging its supporters to install a popular smartphone texting app in order to receive news from the battlefields directly, a call that has underscored longstanding concerns by U.S. counter-terrorism officials about shortcomings in surveillance capabilities. | ABC News >>

The United States and its allies will meet in Paris on Tuesday to discuss ways to counter Islamic State militants amid mounting signs that the current strategy is faltering. | USA Today >>

Americans are as dissatisfied with the U.S. military campaign against ISIS as they were during the Iraq War’s least popular days, according to a new CNN/ORC poll released Monday. | CNN >>

The service will begin its transition to new Army Combat Uniforms in a month. But soldiers should expect a lot of mixing and matching of camo items for the next several years. | Army Times >>

An elite Navy dive team is to arrive in Savannah to help salvage a sunken Confederate warship. | Associated Press >>

One year after the Air Force separated about 19,800 airmen in a vast and painful round of voluntary and involuntary cuts, the service has good news: Expect more promotions in 2015. | Air Force Times >>

Professional photographer David Jay knows a picture is worth a thousand words. To comprehend the news he would hear about the Iraq and Afghanistan wars, Jay visited Walter Reed Hospital to meet with wounded veterans. The visit had such a profound effect on him that he spent 3 years photographing wounded servicemen and women capturing an unadulterated look at their traumatic wounds for his series “Unknown Soldier.” | We Are The Mighty >>

Willis, of New Site, served as a sergeant in Iraq in 2003 and 2004, and volunteer work was suggested by his doctor to help manage his PTSD symptoms. Because he and wife Kim have always loved animals, they decided to foster dogs from the Tupelo-Lee Humane Society. | The Sun Herald >>

Two veterans, who served together in Iraq, are on a new mission this time — to raise awareness about veteran suicides. | WLKY >>

Artie Guerrero of Golden has been talking to Veterans Affairs officials about a new Denver-area hospital for more than 20 years. So while he was an avid participant in a Sunday rally where veterans repeatedly chanted for Congress to provide money to “finish the damn thing,” Guerrero admitted he doesn’t expect much. | Denver Post >>

The assistant director of the Philadelphia Veterans Affairs benefits office has been placed on leave, four days after investigators faulted her for hosting a party where she encouraged her employees to pay a medium who claimed to communicate with the dead. | Philadelphia Inquirer >>

Mayor Annise Parker announced on Monday that Houston has effectively ended chronic veteran homelessness. The city, which joined a national movement to put an end to the issue by the end of the year, succeeded in doing so by bringing together a number of local agencies to house 3,650 veterans over the course of three years, according to a release provided to The Huffington Post. | Huffington Post >>