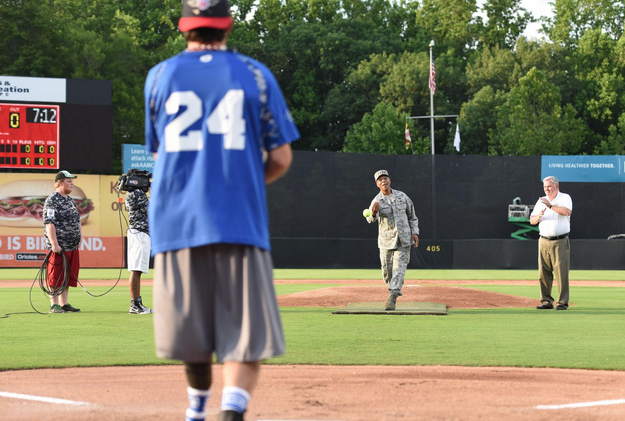 Lawmakers weigh cutting medical care for veterans to pay for boondoggle project in Denver
Congress and the Department of Veterans Affairs could be heading toward a showdown in coming days over whether to slash spending across the agency –including on medical care for veterans — to cover runaway costs for a new hospital in suburban Denver that’s now widely viewed as a boondoggle. | The Washington Post >>

VA homeless program to add more than 150 job coordinators
As its self-imposed deadline to end veterans homelessness approaches, the Department of Veterans Affairs has launched a new program to hire more than 150 employment specialists across the country. | Stars and Stripes >>

New military retirement system gets Pentagon OK
After months of official silence, the Defense Department on Wednesday sent to Capitol Hill its formal recommendation for transforming military retirement benefits, a move that is likely to clear the way for major changes to become law. | Military Times >>

A civilian employee of the Defense Department was killed this week during a rocket attack on Bagram Air Base, north of Kabul, a spokesman for the United States military said on Wednesday. | New York Times >>

Afghan government forces are advancing on a remote mountain region that was overrun by the Taliban last week, but they have yet to retake the district center, a spokesman said Wednesday. | Stars and Stripes >>

On April 6, 2008, two Special Forces operational detachments and more than 100 Afghan commandos began an air assault into a mountain fortress above the Shok Valley. Six and a half hours later, two members of the assault were killed and nine seriously wounded, over 100 enemy fighters were dead or captured, and eleven men had earned some of the nation’s highest awards for valor. This is what happened. | We Are The Mighty >>

President Obama will send up to 450 more U.S. troops to Iraq to step up the training of local forces as they battle the Islamic State, officials said Wednesday. | USA Today >>

Islamic State militants staged attacks near Baghdad and the Libyan city of Surt on Tuesday, underscoring the group’s persistent strength on both fronts despite a monthslong American-led air campaign against it in Syria and Iraq. | New York Times >>

A series of bomb attacks in and around the Iraqi capital Baghdad has left at least 18 people dead. The deadliest attack took place near a restaurant in the city’s Palestine Street, killing eight people. | BBC News >>

As the US Army withdraws from the War in Afghanistan and funding is cut, the Army is slated to be reduced to its smallest size since before World War II. Despite its smaller nature, the Army will still be ready to deploy wherever it is needed. To celebrate America’s Army, we’ve pulled out some of the coolest photos from the archives. | Business Insider >>

On a recent morning at a Camp Pendleton beach, Marine Sgt. Zarina Flemming hoisted a 200-pound tow bar with a fellow Marine. She normally serves in an administrative role, but the 27-year-old wife and mother of a toddler is part of a yearlong experiment to determine whether women have what it takes to serve in ground combat roles. | PBS >>

U.S. Strategic Command is launching a new program that officials hope will lead to greater cooperation between the private and public sectors in space operations. Six companies have been selected to work at the Joint Space Operations Center at Vandenberg Air Force Base, California, for a six-month trial period. | Air Force Times >>

Last Christmas, Ryan Weldon had a dream. It was an uncontrollable urge to walk across the country. The former Marine, who served from 1999-2003, then read an article stating that 22 veterans commit suicide every day in the United States. Weldon, who himself suffered for years from Post-Traumatic Stress Disorder, or PTSD, was shocked by the number. | The Reporter-Times >>

The prevalence of post-traumatic stress disorder among those who have served in combat has been well-documented. But now, some military veterans are turning to motorcycle riding as their prescription for finding peace. | The Journal Sentinel >>

“These are people who have served their country. We want to give them a career and growth opportunities within that career,” said Jack Wagner, former state auditor general and executive director of Pittsburgh Hires Veterans, a consortium of organizations with one goal: to help local vets find careers. The initial focus will be on manufacturing jobs, said Mr. Wagner, who is a veteran. | Pittsburgh Post-Gazette >>

When former Marine and Massachusetts Rep. Seth Moulton (D) visited a VA hospital in Washington, D.C., it took the front desk more than 30 minutes to prove he was a veteran. In addition, he did not receive medication he was prescribed and spent hours in pain after a surgery, according to an interview on NPR Tuesday. | The Hill >>

The Department of Veterans Affairs on Wednesday (6/10/15) announced a new employment program aimed at helping job-ready Veterans exiting homelessness, and those on the brink of homelessness, gain stable and long-term employment. | CBS 5 >>

The Senate approved an amendment on Tuesday to prod the Pentagon and the Department of Veterans Affairs to harmonize electronic health records compiled on service members. The amendment by Sen. Dean Heller, R-Nev., was passed unanimously and attached to the 2016 national defense authorization bill being debated this week. | Las Vegas Review-Journal >>