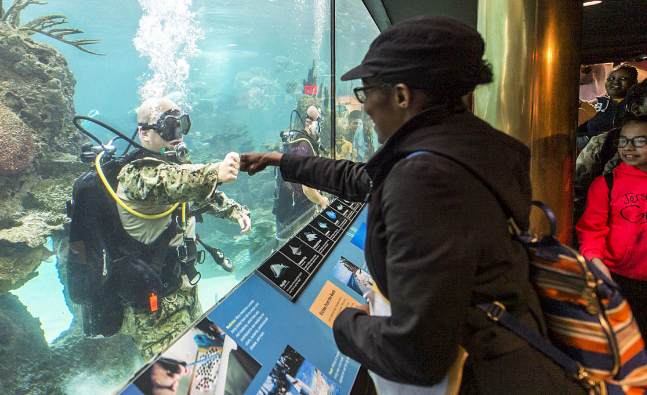 Coloradans well know that such thefts, also called drug diversions, can lead to frightening situations in which patients face infections from those stealing the drugs. Drug diversions have troubled Colorado private hospitals in recent years. In addition to infection risks, patients recovering from surgery and otherwise dealing with extreme pain are left to suffer as a result of a thief’s search for a fix. | The Denver Post >>

The U.S. Citizenship and Immigration Services (USCIS) naturalized more than 109,321 noncitizen service members between 2002 and 2015. But there’s several reasons why they’d be denied citizenship even after serving – one of them is that immigrant servicemen and servicewomen aren’t informed about the naturalization process. | Teen Vogue >>

“I have been to many attacks, taken wounded people out of many blast sites, but I can say I have ever seen such a horrible attack as I saw this morning,” ambulance driver Alef Ahmadzai told The Associated Press. “Everywhere was on fire and so many people were in critical condition.” | Chicago Tribune >>

Armed groups under the umbrella of the majority-Shiite Muslim Popular Mobilization Forces (PMF), also called Al-Hashd Al-Shaabi, have strategically pushed westward, battling the remains of ISIS’ self-proclaimed Sunni caliphate along the Syrian border. The militias are part of an alliance that includes the Iraqi military, Kurdish forces and a U.S.-led coalition currently battling ISIS in its final Iraqi stronghold of Mosul. As partner forces engage the remnants of ISIS’ control in Mosul, the PMF have successfully cut ISIS off outside the city and on Monday retook a number of villages on the Syrian border, Reuters reported. | Newsweek >>

Hospitals have become the focal point of life in Afghanistan, and perhaps none more than the Surgical Center for War Victims, which has long been poised in the heart of the nation’s deteriorating capital. Operated by EMERGENCY, the Italian non-governmental organization (NGO), it runs on a somewhat controversial policy of neutrality. The staff don’t ask questions when patients are rushed through the gate; they just get on with saving lives. | Fox News >>

The assault was typical for the special operations forces. They work closely with the CIA and other spy services to collect intelligence while they find, capture or kill Islamic State leaders, bomb-makers and operatives in Iraq and Syria, hunt Al Qaeda-linked militants in Somalia and Yemen, and fight an Islamic State affiliate in Afghanistan. | Los Angeles Times >>

The Army did not want to make a big deal of the first class of women to go through infantry basic training. While commanders let me and the photographer Melissa Golden come to the field for two days earlier this month, we were told not to talk to the privates, who were reciprocally ordered to ignore us. We could only stand and watch. At first, it felt like visiting an aquarium, watching soldiers slide past with an oblivious gaze like fish on the other side of thick glass. | The New York Times >>

The Army is developing a mannequin that researchers call the world’s first crash test dummy for under-body vehicle blast testing. A prototype of the Warrior Injury Assessment Mannequin, or WIAMan, is expected to be delivered in 2018 and accurately show the affect of a blast on soldiers in new vehicle systems, according to a release from Army Research, Development and Engineering Command. | Army Times >>

Women make up seven percent of the Marine Corps, Simmons said. “The history of women in the Corps began August 1918 when the first woman enlisted,” she said, and she went on to relate how between World War I and II women weren’t allowed to serve. It was 1948 when Congress passed the Women’s Armed Services Integration Act that allowed females to become permanent, regular members of the Armed Forces in the Army, Navy, Marine Corps and Air Force.  | La Jolla Light >>

“This is the first expedition that we’re partaking in with Camouflage For Conservation,” explained Aaron Vanderbeck, Marine Veteran, of the expedition’s purpose. “The team’s name is ‘Team Resolute,’ and it’s not just about the willpower of the American fighting men and women, but also the teamwork and the simple fact that we all need each other.” | Daily Light >>