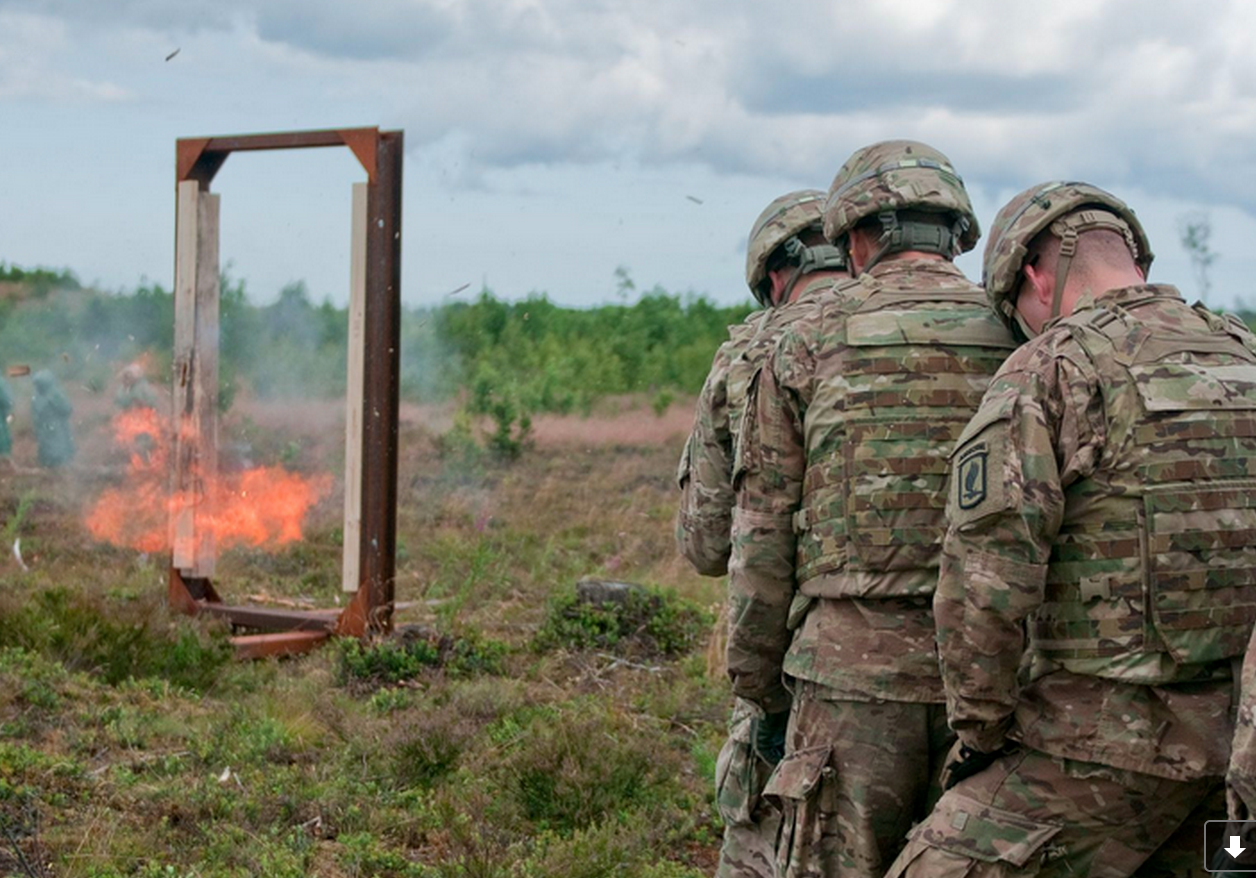 Heightened Tensions in Turkey After Strikes on Kurdish Militants in Iraq
As Turkish fighter jets pounded Kurdish militia targets in northern Iraq late Friday, the implications of the attack weighed heavily on Turks and Kurds across the border in Turkey, as they faced the prospect of being drawn back into a bloody civil conflict after years of relative peace. | New York Times >>

Authorities in northeastern Afghanistan confirmed Sunday that the Taliban had captured a key military base in overnight clashes after more than 100 Afghan security forces surrendered to the insurgents. | Voice of America >>

Fourteen years after being toppled by U.S.-backed forces, senior members of the extremist group that sheltered Osama bin Laden before and after he plotted the 9/11 attacks are negotiating to end the insurgency. | NBC News >>

The United States and its allies made 20 air strikes against Islamic State in Iraq on Saturday, with targets near Ramadi bearing the brunt of the attacks, the military said on Sunday. | Reuters >>

Iran offered Iraq an ‘open cheque’ to help them battle Isis, the Iraqi Ambassador has been reported as saying. | The Independent >>

15 Great Books About Iraq, Afghanistan. From the familiar to the obscure, novelist and military man Jesse Goolsby runs down the poetry, fiction, memoir and history you need to make sense of war. | The Daily Beast >>

After a storied career that spanned the 1991 Persian Gulf War, Bosnia, and the wars in Iraq and Afghanistan, the United States’ fleet of Humvees is entering its twilight and are being sold to the highest bidder by the dozen. | The Daily Herald >>

While the Hulk Hogan scandal has devoured the press WWE has received in recent days, there is a feel-good story that is coming out of the company. | Fox Sports >>

Just a week after the June 16 attack at a recruiting office in Chattanooga, Tennessee, Marine recruiter Sgt. Demonte Cheeley is back at work, even after suffering a gunshot wound to his leg. | Task and Purpose >>

For a moment, the scales of a small rainbow trout glistened from the hook of Little Rock resident Anthony Warren’s line. He held the fishing pole in one hand and pointed at the fish, only the second, he said, that he’s caught in his 58 years of life. | Washington Times >>

Obama commits US to intensified fight against terrorists in East Africa. | Stars and Stripes >>

After he reported a fly and pest infestation in the kitchen of a veterans hospital in Philadelphia, Troy Thompson was assigned to janitorial work and investigated for stealing stale sandwiches. | The Washington Post

Turkey on Sunday called for a meeting of its NATO allies to discuss threats to its security and its airstrikes targeting Islamic State militants in Syria and Kurdish rebels in Iraq, as a car bomb killed two soldiers in the country’s southeast. | Military Times >>