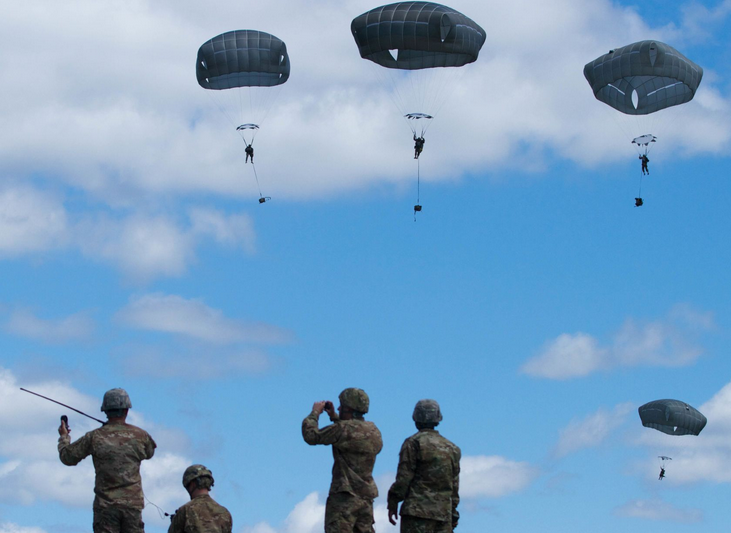 VA IG announces retirement amid criticism
The Department of Veterans Affairs’ acting inspector general said Tuesday he will retire this week after whistleblowers called for his ousting and claimed he whitewashed wrongdoing within the agency. | Stars and Stripes >>

For Veterans to Prosper in STEM Workforce, Employers Need to Help With Post-Military Transition
After serving for Uncle Sam, veterans often have skills that would make them ideal employees in a range of industries, but four words can keep them in the unemployment line: post-traumatic stress disorder. | U.S. News & World Report >>

University of Phoenix sidesteps Obama order on recruiting veterans
The University of Phoenix paid the military $25,000 to sponsor last October’s concert, according to records obtained through the Freedom of Information Act. That sponsorship allowed the institution to sidestep an executive order by President Barack Obama intended to prevent for-profit colleges from gaining preferential access to the military, including freely dispatching recruiters to bases. | Center for Investigative Reporting >>

A convoy of American troops survived a huge suicide bomb attack in Kabul on Tuesday afternoon, only to find themselves struggling against a gathering crowd of Afghans who were trying to tend to civilians wounded in the bombing. | New York Times >>

A senior US commander in Afghanistan has said that fighters allied with Islamic State (IS) are in contact with the militants’ Syrian headquarters. Gen Sean Swindell, leader of the unit training Afghan special forces, said that disgruntled Taliban fighters have established a “franchise”. | BBC News >>

The first Army unit tasked with helping rebuild the beleaguered Iraqi army after the Islamic State’s advance across northern Iraq has transferred authority to its successor after completing a nine-month deployment. | Stars and Stripes >>

U.S. and coalition military forces have continued to attack Islamic State of Iraq and the Levant terrorists in Syria and Iraq, Combined Joint Task Force Operation Inherent Resolve officials reported today. Officials reported details of the latest strikes, which took place between 8 a.m. yesterday and 8 a.m. today, local time, noting that assessments of results are based on initial reports. | Department of Defense >>

The Boeing B-1B Lancer bomber has been a workhorse of the United States Air Force since it was first delivered in June 1985. In honor of the elite bomber’s birthday, Boeing has announced a number of sweeping upgrades to turn the B-1B into a fully “integrated battle station.” | Business Insider >>

Marines turned up the heat in Belize during an annual partnership exercise this month, offering more demanding training, as well as new riverine and jungle warfare tracks. | Marine Corps Times >>

Hank, my nephew, is a former Marine machine-gunner who after five years out of football enrolled at Concordia-St. Paul in the fall of 2013. As a five-technique end in a 3-4 defense getting double-teamed on most snaps, he isn’t racking up fat stats—which is not to say he isn’t playing his butt off.
http://www.si.com/college-football/2015/06/30/hank-goff-marines-afghanistan-war-concordia-st-paul-football

A combat veteran with Post Traumatic Stress Disorder and his new service dog are officially a duo. John Smith and Bella have been working together for three months and completed training on June 26. | The News Center >>

Moments before one of the biggest thrills of his life, Army veteran Kris Biggs had only one thought – beat the Marine. “The only thing going through my head was, he’s a good guy … but I just wanted to outdo him,” Biggs said. | Victoria Advocate >>

Norfolk kicked off a new federal effort Tuesday to help partner veterans with financial opportunities. The Veterans Economic Communities Initiative is a program through the U.S. Department of Veterans Affairs intended to improve economic circumstances for veterans on a local level. | The Virginian-Pilot >>

Before Congress approves of a transfer of funds that the Veterans Affairs department says is needed to hire staff to help with scheduling appointments for veterans, U.S. Rep. Martha Roby, R-Montgomery, wants to know what the VA is doing with its money. | AL.com >>