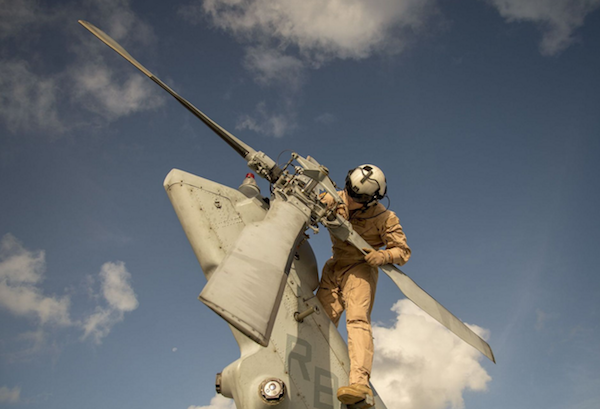 Vets Who Accept Separation Pay Can’t Receive VA Compensation
Under federal law, until veterans pay back their involuntary separation pay, they can have their VA disability compensation withheld. After 31-year-old Marine veteran Tim Foster received a 50% disability rating from the Department of Veterans Affairs in January, he was shocked to discover the compensation benefits would be withheld until May 2016. | Task & Purpose >>

Federal court to weigh lawsuit alleging lung diseases from Iraq, Afghanistan burn pits
A federal district court on Jan. 21 will consider the scope of a lawsuit alleging soldiers’ exposure to burn pits in Iraq and Afghanistan led to serious respiratory illnesses and deaths and whether government contractor KBR, Inc. is responsible for the way the pits were operated. | Stars and Stripes >>

John McCain, Jeff Flake: Some progress on Pentagon, VA reform; a lot more to do
Arizona’s U.S. Sens. John McCain and Jeff Flake have wrapped up their first year as part of the Senate’s current Republican majority and can look back on a 2015 that included incremental progress in reforming the embattled Department of Veterans Affairs and battling the sprawling Defense Department waste as well as challenges and disappointments. | Arizona Republic >>

Afghan security forces battled a group of gunmen near the Indian consulate in the northern city of Mazar-i-Sharif on Sunday, officials said, as gunfire and rocket-propelled grenades rocked the surrounding area. | VICE News >>

As U.S. commanders in Afghanistan look ahead to the 2016 fighting season, they plan to keep force levels steady while deploying special operations troops and “expeditionary advise-and-assist” teams to support the Afghan army’s ground-level fight against the Taliban insurgency, a top U.S. general in Afghanistan said. | Military Times >>

Former Central Intelligence Agency (CIA) acting director Michael Morell predicts Afghanistan will reemerge as a pivotal foreign policy issue in 2016 amid major geopolitical gains made by the Taliban in the last year. | The Hill >>

At least 12 members of the Iraqi security forces have been killed in a suicide bomb attack on the former US base of Camp Speicher, outside Tikrit. There were reports of about five bombers at the camp’s western gates. So-called Islamic State (IS) said it carried out the attack. | BBC News >>

Violence has claimed the lives of 980 Iraqis in December, up from 888 the previous month, the United Nations said on Friday. The U.N. Assistance Mission for Iraq, known as UNAMI, said in a statement that 506 of those killed in December were civilians, while the rest were security forces, including Kurdish peshmerga and paramilitary troops. It added that 1,244 civilians were wounded in December. | Associated Press >>

Islamic State group militants continue to launch a series of counterattacks against Iraqi government forces on the edges of the western city of Ramadi days after the militant group was driven out of the city center, according to the U.S.-led coalition. | Associated Press >>

The legendary Navy SEALs have no plans to alter their strenuous physical fitness standards as they open the doors to women in 2016, according to the Navy’s personnel boss. After a review by Naval Special Warfare and U.S. Special Operations Command, the tried-and-true run, swim, sit-ups, pullups and push-ups scheme used by the SEAL and Special Warfare Combat Crewman communities will stay, Vice Adm. Bill Moran said. | USA Today >>

Sergeant Major of the Army Dan Dailey is putting together a professional reading list, and he’s asked soldiers for their ideas and recommendations. “I want to stimulate intellectual learning inside the [noncommissioned officer] ranks,” Dailey told Army Times. “If you want people to participate in something, you have to let them have a say.” | Army Times >>

One Marine veteran is on a mission to make sure the war stories of his generation are told — and told right. Thomas Brennan, a medically retired staff sergeant-turned-journalist, is preparing for the launch of The War Horse, an independent journalism site dedicated to chronicling the effects of the wars in Iraq and Afghanistan. | Military.com >>

When she was laid up in a German hospital recovering from a Humvee accident in Iraq that left her with a frightening collection of injuries, Navy corpsman Elaine Snavely was visited by a woman from a therapy-dog organization. Most of her stint at the Landstuhl Regional Medical Center is a blur of drugs and pain, but the time Snavely spent in the company of dogs is still as bright as a signal flare. | The San Diego Union-Tribune >>

Matthew Whalen was diagnosed with a terminal brain hemorrhage. After his death, his organs were donated to two vets. After Army Staff Sgt. Matthew Whalen suffered a brain hemorrhage from which he would not recover, his life of sacrifice and service continued after death. | Task & Purpose >>

A group of veterans who have each waited more than a year to have disability claims reviewed say they are being denied a right granted to most Americans—the ability to team up and bring class-action lawsuits to fight grievances. | Wall Street Journal >>

When Anthony McCann opened a thick manila envelope from the Department of Veterans Affairs last year, he expected to find his own medical records inside. Instead, he found over 250 pages of deeply revealing personal information on another veteran’s mental health. “It had everything about him, and I could have done anything with it,” McCann said in an interview. | NPR >>

The two former executives at the Department of Veterans Affairs dodged criminal charges but still may face disciplinary action for manipulating the VA’s hiring system for personal gain. | Military.com >>