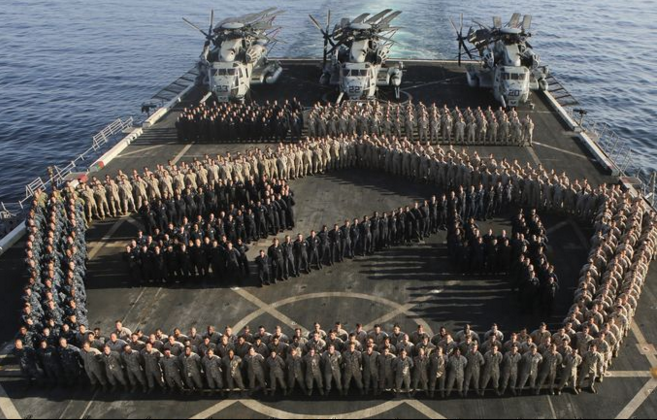 U.S., allies agree to “do more” in fight against ISIS
Defense Secretary Ash Carter said Wednesday that defense ministers from France and five other nations have agreed to intensify the campaign against Islamic State of Iraq and Syria (ISIS) militants in Iraq and Syria, and that the coalition will work together to fill the military requirements as the fight unfolds over the coming months. | CBS News >>

VA plans Thursday town hall for veterans on benefits, services, complaints
Department of Veterans Affairs officials in Arizona are looking for feedback from military vets and their families during a town hall scheduled Thursday evening in Phoenix. | AZ Central >>

Afghan troops are fighting the Taliban across most of southern Helmand province and are in desperate need of reinforcements, an Afghan official said on Wednesday. | Army Times >>

The Taliban has taken over “some” districts in Afghanistan’s flashpoint Helmand province as Afghanistan National Army (ANA) units struggle against their own corrupt leadership and desertions in the ranks, a U.S. military spokesman in Kabul said Tuesday. | Military.com >>

A suicide bomber driving a car has killed seven media personnel on a bus transporting TV and radio staff in the centre of the Afghan capital Kabul. | BBC News >>

The Islamic State destroyed one of the oldest Christian sites in Iraq as part of its campaign against ancient sites in the country, according to satellite photographs published by The Associated Press on Wednesday and confirmed by Iraqi officials and historians. | The New York Times >>

U.S.-led coalition air strikes hit a “cash collection point” in the Islamic State’s northern Iraqi stronghold of Mosul on Monday, bringing the total strikes on these targets to nine in Iraq and Syria, a U.S. military spokesman said. | Yahoo! News >>

Western-backed Kurdish forces are deliberately destroying Arab villages in a revenge campaign that could amount to war crimes, according to a new Amnesty International report. | NBC News >>

The dream of the Great Green Fleet came to life Wednesday as the aircraft carrier John C. Stennis left on its latest deployment, with five biofuel-powered ships alongside for the first time. | Navy Times >>

President Obama’s rebalancing effort in Asia and the Pacific may be “insufficient” to secure U.S. interests in the region, according to a 275-page report from the Center for Strategic and International Studies (CSIS) released Tuesday. | Time >>

A record number of Air Force drones crashed in major accidents last year, documents show, straining the U.S. military’s fleet of robotic aircraft when it is in more demand than ever for counterterrorism missions in an expanding array of war zones. | The Washington Post >>

The Iraq war veteran carefully looped a thread around a steel hook secured in a vice to make a fly-fishing lure as his 15-year-old guide, Will Percy, quietly offered words of advice. | NorthJersey.com >>

U.S. Army Sgt. Nathan D. Young was rolling around on an area rug atop a gleaming stained-concrete floor, playing with his 2-year-old miniature Schnauzer, Maggie, as she sniffed curiously at him. | The Times-Picayune >>

Leaving military service does not necessarily mean just getting accolades and special benefits. For many veterans, it can mean a struggle with brain injuries, mental health issues like post-traumatic stress syndrome or drug and alcohol abuse that can spiral into brushes with crime.| The Baltimore Sun >>

The embattled Pentagon agency blamed for building a budget-busting gas station in Afghanistan and renting luxury housing for its employees also imported Italian goats to boost the cashmere industry in the impoverished, war-wracked country, according to a government investigator. | USA Today >>