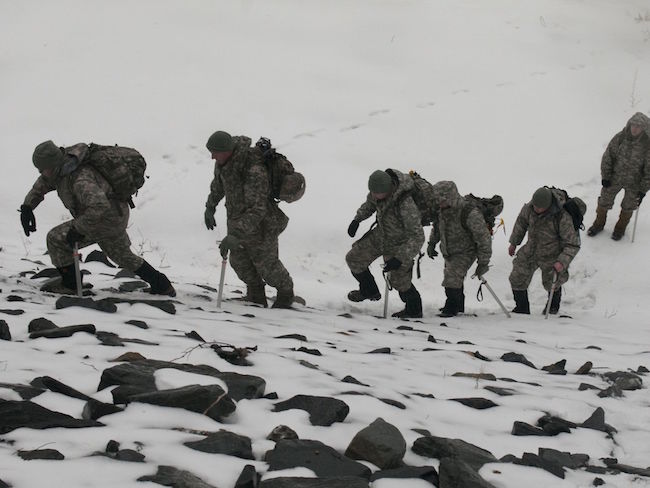 VA to request more money for $1.3-billion electronic benefits management system
The Department of Veterans Affairs was hit again Tuesday with concerns over the mismanagement and ballooning costs of its new paperless system for processing disability claims. | Stars and Stripes >>

As the Afghanistan war grinds into its 15th year, many U.S. military officers are telling Congress their hands are tied to go after the enemy, particularly the Islamic State, which is building up its presence in the country despite fierce opposition from the Taliban. | Bloomberg >>

A senior Afghan official on Tuesday warned the Taliban against staying out of the peace process with the government in Kabul, saying that insurgents who opt for war will face serious consequences. | Associated Press >>

The Afghan Taliban freed a Canadian man held hostage for five years, officials said Monday, NBC News reported. The exact date Colin Rutherford was taken captive is unclear. The Taliban announced his capture in February 2011 and released a video that May in which the then-26-year-old said he had been a tourist in Afghanistan, according to Reuters. | NBC News >>

Deadly attacks in Baghdad and a nearby town have shattered the relative calm far from the front lines of the war against the Islamic State group, raising concerns Tuesday that the extremists may focus once again on attacking civilians after a string of battlefield losses. | Associated Press >>

Airstrikes by the U.S.-led coalition blew up a warehouse in Iraq where the Islamic State had stored millions of dollars in cash, the U.S. military disclosed Tuesday. Coalition aircraft targeted a “cash distribution center” near Mosul, Iraq’s second largest city, which is under control of the extremist group, the U.S military said in a daily report on details of airstrikes. | USA Today >>

The top United Nations official in Iraq today appealed to all parties in the strife torn-country to avoid being drawn into a vicious cycle or reprisal attacks following the “outrageous” bombing of six mosques in Muqdadiya in Diyala Province. | UN News Centre >>

An Army judge is considering how classified information should be handled in the case against Sgt. Bowe Bergdahl, who walked off an outpost in Afghanistan in 2009. Bergdahl’s attorneys argued at a hearing Tuesday for wider leeway in their ability to gather and use the classified information in his case. | Military Times >>

The Navy’s top officer is working to replace heavy volumes and reams of printed documents with sleek tablets — for top brass and boot camp recruits alike. Days after rolling out a new strategy for the service that prioritizes “high-velocity learning,” Chief of Naval Operations Adm. John Richardson said Monday that improved use of technology would play a key role in achieving his learning goals. | Military.com >>

The Philippine Supreme Court on Tuesday declared as constitutional a defense pact that allows American forces, warships and planes to temporarily base in local military camps, in a boost to U.S. efforts to reassert its presence in Asia as China rises to regional dominance. | Associated Press >>

When Marine Corps veterans Jake Wood and William McNulty led a medical team into Port-au-Prince, Haiti six years ago, the post-earthquake challenges brought back memories of other deployments — in Iraq and Afghanistan. They returned home from Haiti to set up Team Rubicon with two goals: improving overseas disaster response and finding new ways to bring military veterans into humanitarian operations. | Devex >>

Veteran Dave Manning provided medical support during two combat deployments in Iraq. He’s also been the sole medical provider on a Navy ship with more than 100 people. And yet, after 20 years of service, he says, “Nothing I’ve done really translates over [into civilian jobs] beyond basic EMT.” | NPR >>

To our military veterans, the Boundary Waters is a place where the land and country they fought for provides healing. No one better illustrates this than Erik Packard, an army veteran who served two tours in Iraq. After his last tour ended, Erik began suffering from PTSD and depression. It got to the point where he attempted suicide. After inpatient and out patient treatments at the VA, Erik left in his words “Not wanting to die, but not wanting to live either.” | Huffington Post >>

A federal appeals court on Monday tossed out a veteran’s conviction for wearing military medals he didn’t earn, saying it was a form of free speech protected by the Constitution. A specially convened 11-judge panel of the 9th U.S. Circuit Court of Appeals ruled that the First Amendment allows people to wear unearned military honors. | Associated Press >>

The Department of Veterans Affairs has sent two senior executives implicated in the 2014 wait times scandal in Phoenix back to work and says more temporary reinstatements will likely follow, after the agency issued new guidance on the appropriateness of paid administrative leave. | Stars and Stripes >>

Many struggling military families can’t access federal food assistance due to the way their income is calculated on the assistance application, anti-hunger advocates testified Tuesday at a hearing on Capitol Hill. | Military.com >>