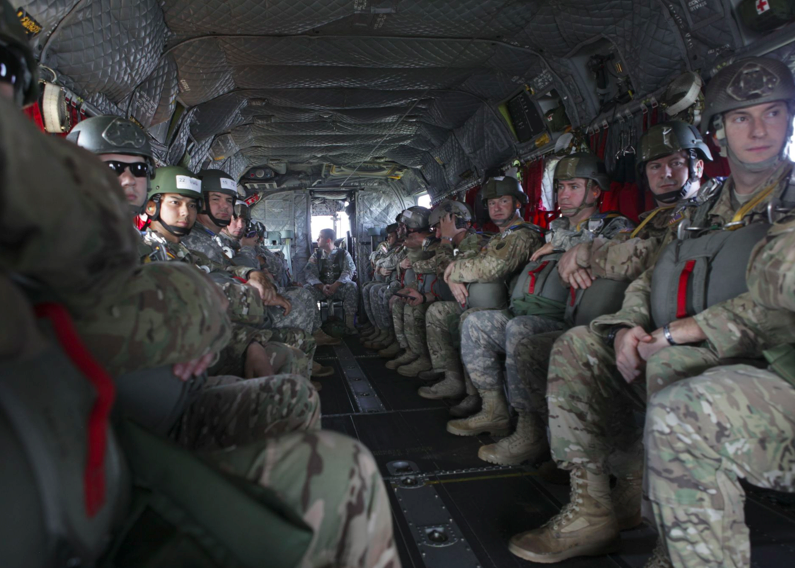 TODAY’S TOP STORIES
Obama Administration Actions this Recess Could Shift Winds on Defense Bill
Congress’ failure to finish up its annual defense policy bill before going on summer vacation is giving the Obama administration more time to lobby lawmakers on two important issues: Closing GITMO and how to respond to events like the Chattanooga shootings. | Washington Post >>

US Begins Armed Drone Flights From Turkey
The first armed drone missions out of Turkey began last weekend, and the military is planning to add manned aircraft flights from there. So far none of the drones launched airstrikes, but a Pentagon spokesman, said they may begin conducting strikes soon. | ABC News >>

AFGHANISTAN
Signs of a divide in the Taliban emerged Sunday when the apparent brother of former leader Mullah Mohammad Omar said he and others have yet to swear allegiance to the new head of the group.| Los Angeles Times >>

After acknowledging that its supreme commander, Mullah Muhammad Omar, was dead, the Taliban released an audio recording said to be from the group’s new leader. | New York Times >>

On a street corner, comic Ibrahim Abed is holding court. Wearing a mop-top wig and ragged clothes, his eyes are hazy as he slurs toward a television camera. On this day, he’s a drug addict – and he’s running for office. The crowd erupts in laughter. Afghanistan’s politicians are known for empty promises. | Washington Post >>

IRAQ
In the Iraqi summer, when the temperature rises above 120 degrees Fahrenheit, electricity becomes even more of a political issue than usual. This past week, at the top of Iraqis’ agenda, it has even eclipsed war with the Islamic State. | New York Times >>

Kurdish militia fighting Islamic State in Syria accused Turkey on Saturday of targeting it at least four times in the past week, calling the attacks provocative and hostile. | Reuters >>

Gunmen killed a senior official working for Iraq’s North Oil Company (NOC), police and company officials said, just over a month after his predecessor at the state-run firm was also gunned down. | Hurriyet Daily News >>

MILITARY AFFAIRS
Some U.S. naval commanders are at odds with the Obama administration over whether to sail Navy ships right into a disputed area in the South China Sea. | Politico >>

President Obama has authorized using air power to defend a new U.S.-backed fighting force in Syria if it is attacked by Syrian government forces or other groups, raising the risk of the American military coming into direct conflict with the regime of President Bashar al-Assad. | Wall Street Journal >>

A wounded Marine is getting some much-needed rest after a 63-day journey across America. Toran Gaal set out from San Diego on a hand bike back in June and crossed the finish line at the Marine Corps War Memorial Sunday morning. | USA Today >>

A new book by a medically retired Marine infantry officer is sure to make anyone but the saltiest grunt blush, according to its author, as it lampoons all aspects of military life. | Marine Corps Times >>

INSIDE WASHINGTON
A detailed examination of Senator Lindsey Graham’s military record – much of it obtained under the Freedom of Information Act – shows that the Air Force afforded him special treatment as a lawmaker, granting him the privileges of rank with few expectations in return. | Washington Post > >

As he struggles to sell his nuclear deal with Iran to resistant Republicans and Democrats in Congress, President Obama describes it in the narrowest possible terms, as a limited transaction in which Tehran gives up the bomb in return for sanction relief. | New York Times >>

The U.S. Navy said no charges have been brought against the sailor who admitted to returning fire against the Chattanooga shooter, despite reports flying around that such charges are coming. | The Blaze >>