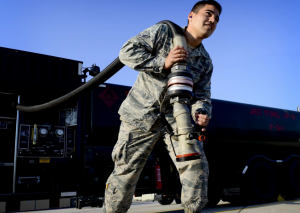 ‘Getting better is scary’: Women veterans with PTSD
Recent research reveals the shocking level of military sexual trauma and the risk of suicide among female veterans. A study released in July of veterans of the Afghanistan and Iraq wars found that 41 percent of women and 4 percent of men experienced military sexual trauma. In June, the VA released disturbing research showing that the suicide rate among young women veterans is nearly 12 times the rate of non-veterans. | Cincinnati Enquirer >>

VA: Veterans Claims Backlog Dips Below 100K But Won’t Hit Zero
The Veterans Affairs Department’s backlog of disability claims has dropped below 100,000 but it won’t ever reach zero because of the way veterans seek care, says the head of the Veterans Benefits Administration. Future claims exceeding the 125 days set for on-time decisions will more than likely be because of veteran’s individual choices or outside agencies, not the VA’s system, according to Under Secretary Allison Hickey. | Military.com >>

Report: VA Falls Short on Mental-Health Care Despite Hiring Push
The Department of Veterans Affairs lacks enough full-time psychiatrists to meet demand for services and those on staff aren’t being used efficiently, despite a multiyear, multibillion-dollar effort, says a report from the department’s internal watchdog. | Wall Street Journal >>

Two NATO soldiers were killed on Wednesday when men wearing uniforms of the Afghan security forces opened fire at an Afghan military base in the southern province of Helmand, the American-led international coalition said in a statement. | New York Times >>

Taliban fighters have seized control of a strategically-important district headquarters in Afghanistan’s Helmand province despite American air strikes. Musa Qala, once a key Nato position, is the second town in northern Helmand to fall to the Taliban in recent weeks. The group also captured Nawzad after intensifying attacks in the region. | BBC News >>

Nearly six months ago, at the site where Farkhunda’s memorial is located, a rock- and stick-wielding mob killed the 27-year-old Islamic scholarafter she was falsely accused of burning a Koran. The savagery, which included burning her body, unfolded as hundreds of people, including policemen, watched. Her death triggered public outrage, protests and a soul-searching unlike any seen in Afghanistan in recent memory, raising hopes that rule of law would finally prevail in a nation where women are all too often brutalized. | Washington Post >>

Kurdish forces backed by U.S.-led coalition airstrikes drove Islamic State militants out of 10 villages in Iraq’s Kirkuk province on Wednesday in an offensive to secure their territory to the north, Kurdish military sources said. | Reuters >>

The United States and its allies conducted 20 air strikes against Islamic State militants in Iraq and Syria on Tuesday, a U.S. military statement said. In Iraq, Islamic State targets were hit in 18 strikes using various types of aircraft, including seven near Tuz, the statement, which was issued on Wednesday, said. | Reuters >>

The Pentagon’s inspector general is investigating allegations that military officials have skewed intelligence assessments about the United States-led campaign in Iraq against the Islamic State to provide a more optimistic account of progress, according to several officials familiar with the inquiry. | New York Times >>

While on Aug. 21, two women graduated Ranger school for the first time in history, it is important to recognize the other women in the armed services who have helped pave the way for servicewomen in combat roles by fighting through combat themselves. This is only a snapshot. According to the Washington Post, 160 women have been killed in action in Iraq and Afghanistan; countless more have seen direct combat. Here are six women who faced fire in Iraq and Afghanistan: | Task & Purpose >>

It isn’t every day you come across someone who has been a Soldier, Sailor and Airman, but then again, Tech. Sgt. Russell McLamb isn’t your everyday service member. McLamb’s uniqueness isn’t just that he has served in three different services; but he has also served in all three of the service’s medical corps. | U.S. Air Force >>

One of three American friends who subdued a heavily-armed suspected terrorist on a Paris-bound train will be awarded one of the U.S. Army’s highest honors, military officials announced late Tuesday. Oregon National Guardsman Aleksander Skarlatos will get the Soldier’s Medal — the Army’s highest award for acts of heroism not involving actual conflict with the enemy. | NBC News >>

Army Sgt. Cherry Maurice gets a thrill each time she blows by a milestone in her physical recovery from the grinding spinal injuries that left her almost paralyzed three years ago. “A lot of people said you’re never going to walk again. I love to prove them wrong,” said Maurice, 38. That spirit on Tuesday led the Afghanistan veteran to Joint Base Lewis-McChord, where she joined about 120 other wounded, ill and injured military service members for a week of athletic competitions meant to speed up their healing. | The Olympian >>

Combat veterans returning home are increasingly using service and therapy dogs to help them live with the physical and mental health conditions that war has caused. Unfortunately, many people don’t realize the animals are medically prescribed, and veterans with the special animals continue to face discrimination. | WKBW ABC 7 >>

A fundraiser was recently put on by “Team Phoenix” to help a disabled veteran pay for his service dog’s training was planned by several local groups. The groups include the American Legion Ladies Auxilliary Unit 478, the American Legion Riders and the Southgate Veteran’s of Foreign War post came together to call themselves “Team Phoenix.” Their goal was to help veteran Josh Ford rise from the ashes. | The News-Herald >>

Federal agencies have begun submitting proposals for how they will cover the costs of responding to the hack of background investigation data maintained by the Office of Personnel Management, and for some it is coming with a hefty price tag. More than 40 percent of that sum will come from the Army’s budget, a little more than a quarter from the Air Force and a smaller slice from the Navy. Another 17 percent — about $23 million — will come from Defensewide appropriations. | Defense One >>

Problems uncovered during a recent inspection warrant review of nearly 2,000 disability evaluations by the regional office of the Department of Veterans Affairs, according to a report released Tuesday afternoon. The review has already been done and the appropriate action taken, according to a reponse from the St. Petersburg Regional Office to the recommendation by the VA’s Office of Inspector General. | The Tampa Tribune >>