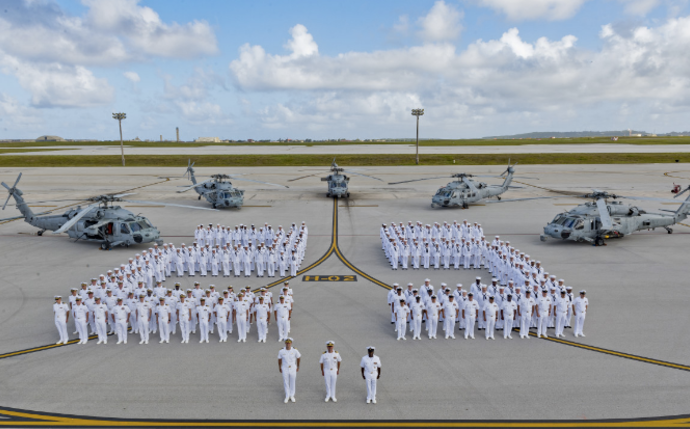 Hundreds of doses of fentanyl and other powerful prescription drugs have been lost or stolen from five Florida Veterans Affairs hospitals and other facilities, including the Bruce W. Carter VA Medical Center in Miami, according to federal officials. Many of the drugs were lost or stolen after being sent by mail to veterans, but at least two employees at Florida VA medical centers were implicated in the missing drugs – including a Miami VA medical center nurse who was allowed to resign instead of being fired. | The Miami Herald >>

Jeff Miller has only been gone from politics for four months. They’ve just been a very eventful four months. Since the eight-term congressman and former House Veterans’ Affairs Committee chairman stepped away from Congress last year, Capitol Hill has welcomed a new president, a new Veterans Affairs secretary, 13 new members to his old committee and a host of new promises on military and veterans issues. | Military Times >>

It was a routine procedure that Carole Wheeler, a former Army cook, had received through her U.S. Department of Veterans Affairs (VA) health insurance for years. But circumstances had changed. When she called the hospital, she was told that the service was now being administered through the recently established Choice program. She was told the Choice program would be making arrangements for her mammogram and was given a national number to call. | Stars and Stripes >>

The resignations, followed by broad reshuffling of the army’s regional leadership, came as the American secretary of defense, the former Marine general and Afghanistan veteran Jim Mattis, arrived in Kabul for his first official visit in his new post. The Trump administration is reviewing its Afghanistan policy and considering a request from the American military commander in the country for thousands of additional American troops to help the Afghan forces hold the line against a resurgent Taliban. | The New York Times >>

Many of Mosul’s 1.2 million residents have been trapped between militants and Iraqi forces since the offensive to recapture the city from Islamic State began in October. While traffic has returned to the city’s east side, where the militants have been driven out, Iraqi forces still battling on the west side have barred cars – which Islamic State uses as suicide vehicles – and motorcycles. This has turned Mosul into a city of bikes. | The Los Angeles Times >>

A remote area in Afghanistan barely shows signs from the US military’s “Mother of All Bombs,” its largest non-nuclear device ever deployed in combat – a scarred mountainside, burned trees and ruined mud-brick structures. Images and video from the blast site also offer little evidence of how much human damage it inflicted, though Afghan officials last week said 94 militants were killed, Reuters reported. | The New York Post >>

The Navy is looking to add sites. The training would occur on private, public, state or federal Department of Defense lands. The training would include exercises such as diving and swimming, launching and recovering small boats and using underwater drones. It would not include the use of live-fire ammunition, explosive demolitions or manned air operations. | US News and World Report >>

“The seriousness in which the Secretary of the Navy and the Chief of Naval Operations view these incidents is reflected in the seniority of those leading the review,” Moran wrote in the memo. “[Swift] and his team have full authority to draw on previous work and subject matter experts from across the naval aviation and Navy medicine enterprise to assist in their task.” At the end of this 30-day review, Moran added, the review team will be able to validate current actions being taken and recommend additional tasks, if needed, to solve the problem. (Photo Right) | Military.com >>

Col. Lanier Ward, director of the Rapid Equipping Force, wouldn’t discuss specifics of the equipment but said the “Dronebuster” is one of many pieces of gear used in the counter-unmanned aircraft systems fight. Ward said that three main capabilities where the counter-UAS mission is being developed include dismounted, stationary – such as at a permanent base – and vehicle. | Army Times >>

“I put in Oliver Stone’s movie ‘Platoon,’ ” Roessner, 33, told Army Times in a Thursday phone interview.  “I was so deeply touched by that movie because it was so personal, and it wasn’t a war movie in the sense of, ‘Take that hill, or kill that bad guy.’ It was about young men, who look young. And to watch young men go through a year of the Vietnam War in a way that was specific and was also beautiful — I really connected with that.” | Army Times >>

A San Diego-based nonprofit organization that trains U.S. military veterans with job skills for manufacturing careers is not only giving vets a fresh start – it’s helping them find their purpose again. “It’s been a blast, all around,” said U.S. Marine veteran Brian Riley, referring to his courses and certifications received from the nonprofit school, Workshops for Warriors (WFW). “And kind of give back a purpose again. [This is] breathing a spot of fresh life back into my plans.” | NBCLA >>

“It was a spur of the moment kind of thing,” Andi Piscopo told ABC News. “There’s electricity in the crowd throughout the entire 26 miles but when you make those last two turns, you just get goosebumps. It is surreal. It’s such a feel-good moment. It was an awesome moment, an awesome experience. I had said this morning that this was my favorite Boston Marathon.” (Photo Right) | ABC News >>