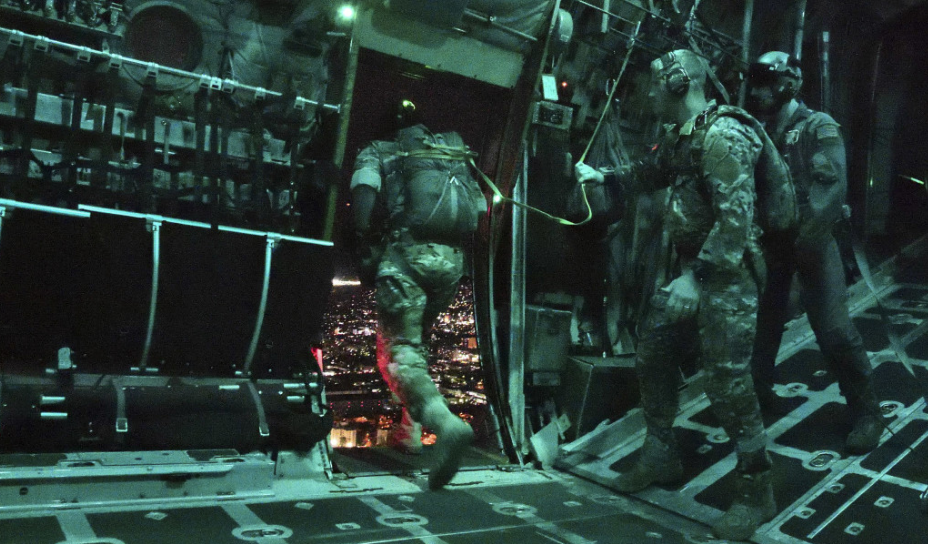 Blackburn, an Army veteran, said staffing shortages when it comes to mental health and other specialties were among the concerns he heard about while meeting with patients, doctors and others at New Mexico’s largest VA medical center. Administrators acknowledged that recruiting psychiatrists has been a challenge in New Mexico and that the shortage extends far beyond the VA system. The state currently has a shortage of about 130 psychiatrists and needs dozens more primary care physicians to meet demand, officials said. | Military Times >>

Some homeless veterans don’t want help, and they can become what professionals call chronically homeless – those who spend years living on the street or without a home. Some veterans prefer that kind of life. Of the 261 homeless veterans the group identified, 41 are inactive – which can mean anything from moving away, ending up in jail or just dropping off the grid. | Greeley Tribune >>

Veterans Affairs officials in Oregon have had their hands full for the past year, changing the culture of the Southern Oregon Rehabilitation Center and Clinics from a home for aging soldiers to a mental health and substance abuse treatment facility. The change was mandated by new federal regulations. Already, officials have seen progress. | Stars and Stripes >>

U.S. officials said Saturday that a Taliban “shadow governor” was killed in an airstrike in Afghanistan as part of the effort to deny “Taliban freedom-of-movement” in the region. U.S. forces in Afghanistan said Quari Tayib was known as the “shadow governor” of Takhar province. He was killed in a strike in Archi District in the Kunduz province on April 17, the statement said. | Fox News >>

Iraqi officials say Islamic State militants have attacked a police base in a town that is being used as a staging ground for the Mosul offensive, killing at least one policeman. Cpt. Mahmoud Attia, a police spokesman, told The Associated Press that a sleeper cell of three IS fighters attacked the base Sunday in Hamam al-Alil, some 30 kilometers (20 miles) south of Mosul. | The Washington Post >>

Afghanistan observed a national day of mourning Sunday and dozens of corpses were sent to provinces across the country for burial two days after a Taliban attack on a northern Afghanistan army base left more than 140 soldiers dead. Ministry of Defense spokesman General Daulat Waziri said Sunday that 10 attackers wearing army uniforms passed through two checkpoints at the base in two military vehicles on Friday. | The Boston Globe >>

Before aspiring medical school students venture off on careers at hospitals, Army leaders hope to entice them to bring their critical life-saving skills to battlefields across the globe. For even more daring future doctors, Army leaders tout the unique capabilities of surgeons to jump from an aircraft and pop up a tent to perform surgeries in the most desolate combat zones. | Military.com >>

The soldier who received the Purple Heart — awarded in the name of the president to military members wounded or killed while serving — is Army Sgt. 1st Class Alvaro Barrietos. Barrietos suffered a serve leg injury while serving in Afghanistan. His wife, Tammy, attended the ceremony Saturday.  | Fox News >>

From April 10-14, airmen from the Air Force’s 19th Air Support Operations Squadron worked with their German counterparts at Camp Grayling, Michigan. The exercise was intended to strengthen military capabilities between the two countries, given the joint efforts of operations such as the ongoing effort to defeat ISIS, Operation Inherent Resolve. Working with A-10C Thunderbolts IIs and F-16 Fighting Falcons, the exercise helped to develop interoperability between the two militaries, while giving the air support troops a chance to strengthen their unique skill set. | Air Force Times >>

“I was unemployed until I used the GI Bill to pay for my training to become a deputy,” said Lee, a 2000 graduate of Boyer Valley High School and later a graduate of the University of Nebraska-Omaha. Lee signed on as a deputy with the Monona County Sheriff’s Department and worked there until 2015, when he turned to his own company full-time. | The Stamford Advocate >>

“It was giving me a lot of emotional stress over the years, I was going through a hard time, thinking about committing suicide myself,” he said. “I put my feelings out there over Facebook, and I’ve known (Powell) for years now, he told me to come take a walk with him.” After Powell explained that he wanted to take a walk up the east coast and not just around the block, Birdsong said he decided to join. | Jacksonville Daily News >>

Enter Jacquelyn Wolf, Veterans Services Coordinator at Framingham State University, and a 20-year military veteran. She helps students with their GI Bill applications and to determine their benefits. Often, more importantly, Wolf works with students to resolve issues such as housing, homelessness and finding a career path by connecting them with the right person or agency. “When helping veterans, I try to imagine how I would feel,” said Wolf, who graduated in 2011 with a degree in anthropology – compliments of the GI Bill. “I’ve been there and understand their unique needs.” | Milford Daily News >>