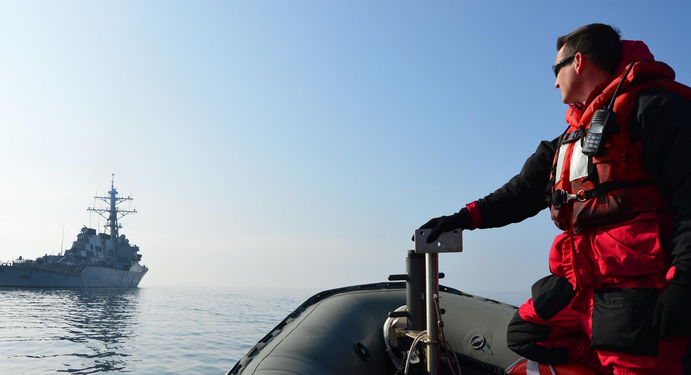 Few People Lost Jobs With V.A. in Scandal
The nationwide scandal last spring over manipulated wait times at Department of Veterans Affairs hospitals led to the ouster of the secretary of veterans affairs and vows from the new leadership that people would be held accountable. | New York Times >>

Bill calls for DOD to publish toxic exposure evidence
The Department of Veterans Affairs appears ready to change its mind on Agent Orange health care and disability benefits for reservists in the wake of a January report from the Institute of Medicine concluding that C-123 reservists were likely exposed to dangerous levels of dioxin, the toxic chemical in Agent Orange. | Stars and Stripes >>

Can New York City Actually end Veteran Homelessness This Year?
New York City is on track to reach its goal of ending veteran homelessness by the end of 2015, according to numbers from Mayor Bill de Blasio’s office, a potentially remarkable achievement for a city with one of the largest homeless populations in the country. | Huffington Post >>

The Taliban in Afghanistan has announced it will begin its annual ‘spring offensive’ tomorrow, in the ongoing battle against the Afghan government – the first major test for Afghan security forces since the majority of NATO troops pulled out of the country at the end of 2014. | Newsweek >>

A total of $1.3 billion that the Pentagon shipped to its force commanders in Afghanistan between 2004 and 2014 for the most critical reconstruction projects can’t be accounted for by the Defense Department, 60 percent of all such spending under an emergency program, an internal report released Thursday shows. | McClatchy DC >>

Iraq will at long last be getting the first batch of F-16 fighter jets it ordered four years ago, its air force commander said Thursday, a shipment that is expected to boost Iraq’s capabilities in battling the extremist Islamic State group. | Stars and Stripes >>

The footprint is smaller, and the mission limited. But Marines are officially back in Iraq — and some say U.S. troops could end up deploying there for decades. | Marine Corps Times >>

Secretary of Defense Ash Carter will unveil the Pentagon’s new cyber strategy during a Thursday speech at Silicon Valley, according to DoD officials. | Military Times >>

It looked like a typically grueling class to earn elite Ranger status. It was anything but. For the first time in more than six decades, Ranger School — the Army’s toughest course — has opened to women. It is a one-time “assessment” to see whether women can handle the physically demanding course as well as the fittest male soldiers trying to become Rangers. | USA Today >>

The latest version of unmanned naval aerial combat vehicles achieved another first on Wednesday when it conducted its first aerial refueling test, the Navy announced. | CNN >>

Some say laughter is the best medicine, and some veterans in Rochester are taking that phrase to heart. It’s no secret that returning to society after serving our country overseas can be a challenge. So, some vets are using stand up comedy as a way to make that transition a little smoother. | WROC 8 >>

A little girl in Kansas and her dad met a mystery man who saved her life. Alex Profeta was playing on a mall escalator and grabbed the moving handrail. It took her up into the air and she was too afraid to let go. She hung on as long as she could. Thankfully, a mystery man was waiting to catch her. Turns out, being a hero to him is nothing new. Chris Chartrand is a veteran who’s been deployed seven times. | Fox 29 Philadelphia >>

A new program that was supposed to get patients off waiting lists at Veterans Affairs medical centers by letting them switch to private-sector doctors is proving to be an even bigger disappointment than initially thought. | Associated Press >>

The Veterans Affairs Department investigation into massive cost overruns at its Aurora hospital finally has an outside construction expert — more than seven weeks after the department said it requested the help from the Navy, officials said Thursday. | Associated Press >>

A Department of Veterans Affairs medical center in West Virginia put patients at risk by substituting prescribed mental-health medications with older drugs to cut costs, according to a federal investigation. | Washington Post >>