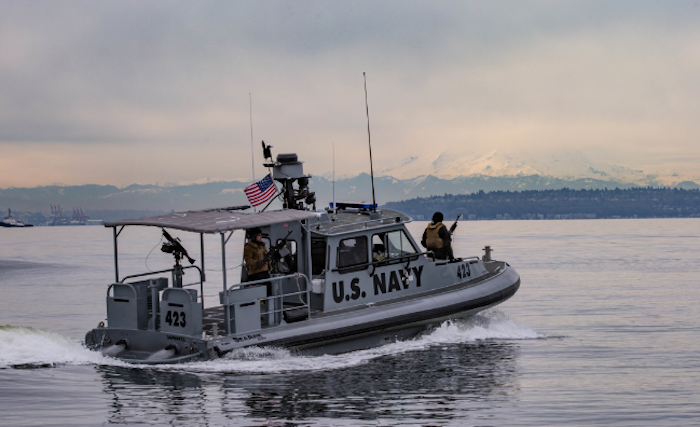 “The ongoing inventory practices at the medical center are placing patients at unnecessary risk,” VA Inspector General Mike Missal wrote in an interim investigation report released Wednesday. “We are particularly concerned that the (facility and regional leaders) have been slow to remediate these serious deficiencies.” | Military Times >>

Of equal or greater concern is how the freeze impacts the Veterans Administration. Federal agencies typically lose about 10% of their employees per year. Six weeks after the executive order, VA Secretary David Shulkin ordered that jobs tied to processing veterans’ benefits claims wouldn’t be included in the freeze. While that sounds reassuring, it doesn’t cover the positions empty because of attrition. From 45,000 job vacancies at the VA, when you subtract the jobs not affected by the freeze, you’re still short 8,000 employees. | The Huffington Post >>

President Trump’s pick to lead the agency, VA Secretary David Shulkin, is unveiling a new web site that reveals for the first time exactly how care at VA hospitals compares with nearby private-sector hospitals and national averages. The site has data for roughly 20 hospitals but more will be added soon, the VA says. The site that went  live Wednesday, accesstocare.va.gov, also shows if veterans are satisfied with wait times at every hospital and clinic across the country and how long they are actually waiting on average. | USA Today >>

“By 2020 our security forces will be able to have what they need to carry on the fight on their own for the most part,” Hamdullah Mohib told the USA TODAY editorial board. “We’re not talking about creating a new military,” Mohib said. “What we’re talking about is adjusting what we already have.” | USA Today >>

“They (the Iraqi health ministry) have promised to provide us with shelves to increase the capacity,” said the doctor. Until recently, the only place in the province authorized to issue death certificates was the department of forensic medicine in west Mosul, which remains under Islamic State control. | Reuters >>

One of the toughest parts of the U.S. war in Afghanistan took place in Helmand province. More Marines died there than in any other part of the country. Now some of those Marines are going back. Three hundred will deploy to Helmand province by the end of the month. This comes after the Taliban recaptured a strategic district in Helmand just a couple weeks ago. Marine Corps Brigadier General Roger Turner is leading this mission. I asked him to describe the kind of fight his forces will face. | NPR >>

“That’s where we came short,” Bernard, a Marine Corps reservist, said on Tuesday. She said she thought all the hard work and contributions by female Marines would put the issue to rest. But recent allegations that Marines shared nude photos of female troops, veterans and civilians on the Marines United Facebook page, and even made rape and death threats against some of those women, prompted Bernard to do more, she said.  | Marine Corps Times >>

The blast happened at the Lake City Army Ammunition Plant in Independence, just east of Kansas City. Army officials said the explosion occurred in a building where chemicals are mixed and that it has been secured and rendered safe, allowing investigators to begin looking into what caused the blast. The Bureau of Alcohol, Tobacco, Firearms and Explosives will lead the investigation. | Army Times >>

Tony Swett is a U.S. Army veteran who contemplated suicide. He even attempted it. He believes it’s by the “grace of God” he’s still here and that Cooper, his service dog, is helping him fight a new battle. Swett suffers from post traumatic stress disorder (PTSD) after serving four tours of duty, including “boots on the ground” in Afghanistan. | Greenville Online >>

Iraq War veteran and two-time Paralympian Melissa Stockwell will be guest speaker for the Northeast Indiana Base Community Council luncheon at 11:30 a.m. April 19 at Turnstone, 3320 N. Clinton St. Registration begins at 11 a.m.  Stockwell was age 24 when she lost her left leg to a roadside bomb explosion in 2004 while serving with the U.S. Army in Iraq, a news release said. A former athlete, she eventually returned to sports after rehabilitation and being fitted with a prosthetic leg. | News-Sentinel >>

A wave of cheers, gratitude and inspiration rolled into Killeen and Fort Hood as more than 100 wounded veterans and supporters rode into town last week as part of a more than 500-mile bike ride that started in San Antonio on April 3 and ended in Houston on Saturday. | Killeen Daily Herald >>