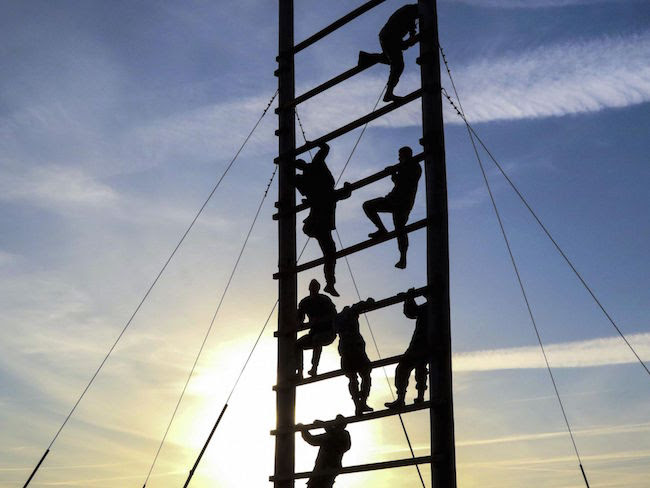 VA still plagued by problems two years after scandal
Two years after the scandal emerged over phony waiting lists for patients at the Department of Veterans Affairs facility in Phoenix, the department is still beset with problems ranging from fresh accusations of falsified waiting lists to a system-wide failure to discipline wrongdoing. | Washington Times >>

This week’s Congressional hearings: Security after the Belgium attacks
The Senate Armed Services Committee will hold five hearings next week, all ostensibly connected to the fiscal 2017 budget but likely to touch on terrorism and military preparedness as well. House members don’t return from their two-week break until April 11. Expect a flurry of budget activity then, as lawmakers eye an ever-shortening calendar for essential legislative business. | Military Times >>

For Veterans, A ‘Sense Of Purpose’ Hard To Find In Life After Iraq
Rachel Martin talks to Matt Sherman — who spent 13 years as a civilian working in Iraq and Afghanistan — about his deployment and readjustment to life in the United States. | NPR >>

An Afghan official says at least six police officers have been killed in a Taliban ambush on their convoy in northern Balkh province. Abdul Manon Raoufi, operational commander for police in the region, said on Monday that insurgents attacked the convoy Sunday night in the Dawlat Abad district. | Associated Press >>

Failure to maintain buildings of Afghan Air Force University, which the United States spent nearly $7 million to build and renovate, could affect the future use of the facility, according to a U.S. government watchdog report released March 28. | Stars and Stripes >>

A group of Afghan activists and artists are attempting to reclaim Kabul after years of war – by arming themselves with paintbrushes. Because of the poor security situation, many defensive walls have sprung up around high-profile buildings in the city, and these provide the ArtLords with their canvases. | BBC News >>

Militants unleashed a wave of suicide attacks across Iraq on Monday, killing at least 29 people and wounding dozens, officials said. The deadliest attack took place in the southern province of Dhi Qar (also known as Nasiriyah) when a suicide bomber blew himself up inside a restaurant that is frequented by Shiite paramilitary militia fighters, killing at least 14 people. | New York Times >>

For nearly two years, Iraq’s second city Mosul has been under the control of the militants from the group known as Islamic State (IS). Life under their regime is brutal and tightly controlled – but also secretive, with only occasional reports reaching the outside world. As the Iraqi army prepares to retake the city, more and more people have started to flee. | BBC News >>

The anti-Islamic State coalition conducting airstrikes in Iraq and Syria has killed the IS militant believed responsible for an attack on U.S. troops in northern Iraq last month that left a Marine dead, it said on Sunday. | Reuters >>

Thousands of U.S. and Philippine troops, along with Australian special forces, have begun annual military drills to be able to rapidly respond to a range of potential crises, including in the disputed South China Sea. | Associated Press >>

The Army is moving forward with a plan to put pocket-sized drones in the hands of its dismounted soldiers by 2018. The service on March 1 requested information papers from industry on what technology might be available for what it’s calling Soldier Borne Sensors. | Army Times >>

U.S. Special Operations forces are using rifle sights that are supposed to help shooters accurately hit their targets but instead have a defect, acknowledged by the manufacturer, that potentially endangers the lives of service members in combat, according to court records and military officials. | Washington Post >>

Dan Nevins knows the little things that only an amputee would know — like what it does to your mind when you no longer sense the ground beneath you. Which made Nevins, who was wounded in Iraq in 2004, the perfect person to inform an otherworldly story about a very pragmatic subject. | Minneapolis Star Tribune >>

America’s craft beer market is booming — sales rose 18 percent by volume in 2014 to 22 million barrels, according to the Brewers Association — and military vets are in on the action. Military Times recently set out to meet some of them and to find out how they’re making the beer business work. | Military Times >>

Brian Samson of Mason City served 12 years in the Army National Guard and fought in the Iraq War during Operation Iraqi Freedom as well as making a tour to Bosnia. When he returned, he wasn’t the same, which is why he’s starting the North Iowa Veterans Support Group. | KIMT >>

Congress is considering a bill that would create a special “atomic veteran” designation for the men and women who worked to clean up nuclear waste from a South Pacific atoll nearly 40 years ago, a move that Maine veteran Paul Laird says was a long time coming. | Bangor Daily News >>

Harmon, who served her country in the WASP — an acronym for the Women Airforce Service Pilots — during the war, died in April 2015 at the age of 95. Since then, her ashes have been sitting on a shelf in her daughter’s condominium in Silver Springs, Maryland, awaiting resolution of a dispute between Congress and the Pentagon. | NBC News >>

Members of the military may be the pride of their communities, but debt collectors lean on them to pay up, causing great stress on them and their families, a government consumer watchdog agency says. Military members lodged more than 19,000 financial complaints in 2015 with the Consumer Financial Protection Bureau, up from 17,000 the previous year, with almost half dealing with debt collection. | Bankrate >>