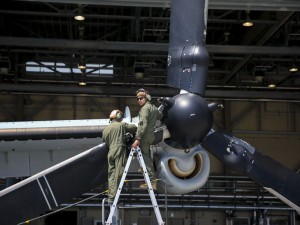 Some Vets Groups Back Curbing Kids’ GI Bill BAH to Fund Other Programs
Veterans groups that often present a united front on issues of benefits — especially if they’re to be cut or reduced — are standing less than shoulder-to-shoulder on a controversial bill to halve the housing allowance of children attending college on a parent’s GI Bill. | Military Times >>

Veterans deserve universities’ loyalty: Column
Millions of Americans have served in the U.S. military and returned to civilian life since our nation was attacked on 9/11. Many more will join them in the years ahead. By 2019, America’s post-9/11 veterans population will exceed three million people. | USA Today >>

Military Sexual Trauma Tied to Greater Risk of Homelessness
Veterans who experienced sexual trauma while in the military are twice as likely to become homeless at some point compared to veterans who did not experience sexual trauma, according to a new study published in JAMA Psychiatry. | Psych Central >>

Drones are firing more weapons than conventional warplanes for the first time in Afghanistan and the ratio is rising, previously unreported US Air Force data for 2015 show, underlining how reliant the military has become on unmanned aircraft. | The Guardian >>

A Virginia solider is nearly four years removed from the day a bullet nearly struck his head in Afghanistan. Tuesday he was reunited with the very piece of equipment that saved his life. | WTVR >>

Abdul Saboor was arrested this week in his hometown of Salang north of Kabul. Presented to the media, he said he had no regrets and was “proud” of his actions. “I don’t care if I die for it,” he said. | BBC >>

The Islamic State group, also known as ISIS, has executed at least 250 women in northern Iraqi city of Mosul in Nineveh province for refusing sex slavery, according to reports Wednesday. | International Business Times >>

On the heels of Defense Secretary Ash Carter’s visit here, the chairman of the Joint Chiefs of Staff arrived in Iraq’s capital city today for talks with Iraqi, American and coalition officials. Marine Corps Gen. Joe Dunford’s visit seeks to build on that visit and on the momentum in the fight against the Islamic State of Iraq and the Levant. | Defense.gov >>

Six bodies have been identified so far from two mass graves unearthed this week in the western city of Ramadi, nearly four months after Iraqi forces routed Islamic State militants from the Anbar provincial capital. | AP >>

The US Marine Corps believes it’s time to upgrade their trusty tanks with technology that can detect and deflect incoming missiles. In fact, it’s joining forces with the Army to test out the Israeli Trophy Active Protection System (APS). | Engadget >>

In the New Mexico desert last month, a rocket-powered magnetically-levitated sled broke a world record after it blasted down a track at 633 miles per hour, faster than the cruising speed of a 747. | Fox News >>

After serving overseas and in combat, a group of military veterans in Virginia is learning to farm on land that was cultivated by George Washington when he retired from the Army. | NBC Washington >>

In July 2011, Air Force Staff Sgt. August O’Neill, a pararescueman, was sent to rescue a group of Marines pinned down in Afghanistan when enemy insurgents opened fire on his team’s helicopter. | Defense.gov >>

When faced with the prospect of climbing 72 flights of stairs, most people would turn away. But for one Carlisle man, the climb was a way to honor and raise money for survivors of the Sept. 11, 2001, attacks. | Fox 43 >>

“We’re trying to be veteran-centric, not appointment-time-centric.””I’m confident we’re moving in the right direction,” he said during an interview for C-SPAN’s “Newsmakers” recorded Thursday. | Military Times >>

One in 3 people hired into the federal government is a veteran, but the Obama administration’s aggressive push to reward those who served is causing confusion and resentment among job applicants and hiring staff. | Washington Post >>