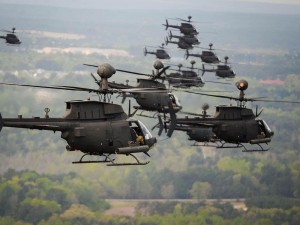 Veterans still can face long waits for care – if they get it at all
Veterans newly enrolling for health care from the Department of Veterans Affairs and requesting an appointment can endure a months-long wait before they first see a medical provider, according to an audit issued Monday. | Stars and Stripes >>

US, Iraq consider more troops to fight for Mosul
Iraq is struggling under low oil prices and a political crisis that threatens to weaken its army’s advance to retake Mosul. The importance of retaking the city, which the Islamic State captured in summer 2014 and is using as its de facto capital in Iraq, is part of what’s driving the requests to add more U.S. capabilities to the fight. | Stars and Stripes >>

A suicide attacker detonated a vehicle and a fierce gun battle followed. Officials say the attack is now over and the area has been cleared. A Taliban spokesman said the group carried out the attack a week after it said it was launching its “spring offensive”, warning of large-scale attacks. | BBC News >>

Sgt. 1st Class Nathan Ross Chapman was the first member of the military killed by enemy fire during the Afghanistan war, but many details his mission had never been revealed – until now. | Fox News >>

Aided by American advisers, the Afghan army on Monday launched its first unmanned surveillance drones from a base in Helmand province to try to expand its ability to provide its own air support. | Reuters >>

President Barack Obama’s decision to send still more American troops to Iraq, and to put military advisers closer to the front lines against the Islamic State, fits a pattern of ever-deepening involvement in a country whose war Obama exited with supposed finality in December 2011. | ABC News >>

Iraqi government ministries located in Baghdad’s heavily fortified Green Zone were closed and staff was evacuated out of fear of riots from thousands of protesters led by the influential Shia cleric and militia leader turned politician Muqtada al-Sadr. | Vox.com >>

Six sailors assigned to a Virginia Beach-based unit have received the Bronze Star Medal for work they did in Iraq while assigned to a special operations task force that’s opposing the Islamic State group, the Navy said Tuesday. | Pilot Online >>

The U.S. government is poised to approve two long-delayed sales of Boeing Co fighter jets to Qatar and Kuwait, and could announce the multibillion-dollar deals during President Barack Obama’s visit to the Gulf this week, according to two sources familiar with the matter. | Reuters >>

Lawmakers push for a bigger military pay raise and 27,000 more troops
House lawmakers want a 2.1 percent military pay raise for next year and a force expansion totaling 27,000 troops beyond the Pentagon’s request, according to their first draft of the annual defense authorization bill. | Military Times >>

Strapped for funds, Army leaders have been forced to prioritize personnel and readiness over modernization of their increasingly creaky weapons.  To quote the service’s budget presentation for last year, “The Army has no major new modernization programs until the next decade.” | Forbes >>

Just a month after the Pentagon lifted all restrictions on women in combat, a Washington teen is already on a mission to serve her country from the front lines. | WHDH >>

After years of serving her country, the former Marine Corps captain, forced to retire after suffering neurological damage during helicopter pilot training, was searching for a new purpose. The Maryland native discovered it in sled hockey. | The Gazette >>

No other word could describe the joy, the relief, and the satisfaction that crossing the finish line brought. “I feel actually pretty good right now,” said Leroy after completing the Boston Marathon in 6 hours, 43 minutes, 49 seconds. | The Boston Globe >>

With roughly nine months until Inauguration Day, VA leadership is trying to implement a major transformation to the way it delivers health care and interacts with veterans and its own employees. | Federal News Radio >>

The Pentagon is threatening to start closing down unneeded military bases unilaterally if Congress continues to refuse to launch a new Base Closure and Realignment Commission. | Military Times >>