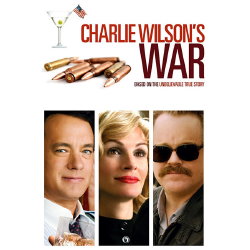 Written by Aaron Sorkin and starring Tom Hanks, IAVA supported this film, which is based on the life of the former U.S Congressman as he worked with the CIA in supporting the Afghan mujahideen during the Soviet-Afghan war. Working closely with Take Part, the social action platform for Participant Media, IAVA sponsored house-party screenings of the film nationwide and hosted a conference call with IAVA CEO Paul Rieckhoff, Nathaniel Fick, the best-selling author of “One Bullet Away: The Making of a Marine Officer” and Charlie Wilson himself. On a call forwarded to all IAVA members, Tom Hanks recorded an introduction and welcome message. IAVA was a charitable partner and helped create the “Social Action Campaign” for the film, which included a way for viewers to sign a petition and take action to pressure legislators in support of the People’s Treaty to Ban Cluster Bombs. IAVA is proud to award this film with their Seal of Approval.