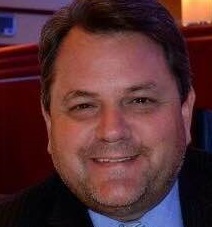 Over the last few days almost everyone has voiced an opinion on remarks made by presidential candidate Donald Trump. While I do not support his remarks, it is my hope that the attention they have garnered will lead to a broader discussion by all presidential candidates, the media and the American people on the challenges that veterans and their families face.

I have received numerous messages asking why IAVA has spoken out on the Trump issue. I understand your feelings that the country faces tougher problems than Trump’s ill-conceived statement; however, it is our intention to use this focus to highlight the importance of veteran issues and the need for all candidates to lay out their specifics on what they would do to help veterans.

Of the now 22 candidates running for president, only four address veterans’ issues on their websites and fewer still have done so in their public comments. This lack of specifics is troubling considering that those running will possibly be called on to place our service members in harm’s way and, in so doing, will create a 60-year commitment to those troops.

We have more boots on the ground in Iraq than this time last year, a reduction of Army personnel by 40,000 in the next two years, an Iranian deal that both parties have expressed concern with and a country  where its citizens increasingly feel less safe. Our elected officials, and those seeking the presidency, must not be distracted from comments and must remain focused on the larger issues facing our nation.

In the end, Sen. John McCain and anyone who has worn the uniform has defended Donald Trump’s First Amendment right to make dumb statements. And boy, Mr. Trump has exercised that right. However, I wish he would use the platform that he has climbed to increase the spotlight on the fact that 1.8 million veterans have come home from Iraq and Afghanistan. These national heroes deserve better from our presidential candidates. They deserve specifics on how those seeking to be president would lead our armed forces on the front end and care for our veterans once home.

Only time will tell.