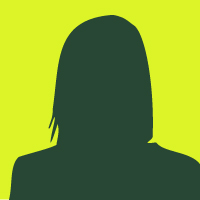 Thank you for the opportunity to speak with you today about this critically important topic of mental health care access at the VA, suicide among veterans, and especially about the story and experience of our son, Clay.

My name is Susan Selke and I’m accompanied here by my husband, Richard. I’m here today as the mother of Clay Hunt, a Marine Corps combat veteran who died by suicide in March 2011 at the age of 28.

Clay enlisted in the Marine Corps in May 2005 and served in the infantry. In January of 2007, Clay deployed to Iraq’s Anbar Province, close to Fallujah. Shortly after arriving in Iraq, Clay was shot through the wrist by a sniper’s bullet that barely missed his head. After he returned to Twenty Nine Palms in California to recuperate, Clay began experiencing many symptoms of post-traumatic stress, including panic attacks, and was diagnosed with PTS later that year.

Following the recuperation from his gunshot wound, Clay attended and graduated from the Marine Corps Scout Sniper School in March of 2008. A few weeks after graduation, Clay deployed again, this time to southern Afghanistan. Much like his experience during his deployment to Iraq, Clay witnessed and experienced the loss of several fellow Marines during his second deployment.

Clay returned home from Afghanistan in October of 2008, and was then honorably discharged from the Marine Corps in April of 2009. He earned numerous awards during his service in the Marine Corps, including the Purple Heart for the injuries he sustained in Iraq.

Clay received a 30 percent disability rating from the VA for his PTS along with two smaller ratings for other health issues after separating from the military. After discovering his that PTS prevented him from maintaining a steady job, Clay appealed the 30 percent rating only to be met with significant bureaucratic barriers, including the VA losing his files.

The lapse in time during this appeals process left Clay worried about his professional and financial future. Eighteen months later, and five weeks after his death, Clay’s appeal finally went through and the VA rated Clay’s PTS 100 percent. The stresses and delays Clay experienced with his claim and appeal processes were also mirrored in his experience accessing and using VA medical care and educational benefits.

Clay exclusively used the VA for his medical care after separating from the Marine Corps. Immediately after his separation Clay lived in the Los Angeles area and received care at the VA medical center there in LA. Clay constantly voiced concerns about the care he was receiving, both in terms of the challenges he faced with scheduling appointments as well as the treatment he received for his PTSD, which consisted solely of medication. He received counseling only as far as a brief discussion regarding whether the medication he was prescribed was working or not. If it was not, he would be given a new medication. Clay used to say, “I’m a guinea pig for drugs. They’ll put me on one thing, I’ll have side effects, and then they put me on something else.”

At the same time, Clay also expressed frustration with delayed GI Bill benefit payments. This only aggravated his PTS symptoms and inhibited his ability to heal and move on with his life.

In late 2010, Clay moved briefly to Grand Junction, Colorado, where he also used the VA there, and then finally home to Houston to be closer to our family. The Houston VA would not refill prescriptions Clay had received from the Grand Junction VA because they said that prescriptions were not transferable and a new assessment would have to be done before his medications could be re- prescribed.

Clay only had two appointments in January and February of 2011, and neither was with a psychiatrist. It wasn’t until March 15th that Clay was finally able to see a psychiatrist at the Houston VA medical center. But after the appointment, Clay called me on his way home and said, “Mom, I can’t go back there. The VA is way too stressful and not a place I can go. I’ll have to find a Vet Center or something.”

After Clay’s death, I personally went to the Houston VA medical center to retrieve his medical records, and I encountered an environment that was highly stressful. There were large crowds, no one was at the information desk and I had to flag down a nurse to ask directions to the medical records area. I cannot imagine how anyone dealing with mental health injuries like PTS could successfully access care in such a stressful setting without exacerbating their symptoms.

Just two weeks after his appointment with a psychiatrist at the Houston VA medical center, Clay took his own life. The date was March 31, 2011. The cause of death – a self-inflicted gunshot wound to his head.

Clay was consistently open about having PTS and survivor’s guilt, and he tried to help others coping with similar issues. He worked hard to move forward and found healing by helping people, including participating in humanitarian work in Haiti and Chile after devastating earthquakes.

He also starred in a public service advertising campaign aimed at easing the transition for his fellow veterans, and he helped wounded warriors in long distance road biking events. Clay fought for veterans in the halls of Congress and participated in Iraq and Afghanistan Veterans of America’s annual Storm the Hill campaign to advocate for legislation to improve the lives of veterans and their families.

Clay’s story details the urgency needed in addressing this issue. Despite his proactive and open approach to seeking care to address his injuries, the VA system did not adequately address his needs. Even today, we continue to hear about both individual and systemic failures by the VA to provide adequate care and address the needs of veterans.

Not one more veteran should have to go through what Clay went through with the VA after returning home from war. Not one more parent should have to testify before a congressional committee to compel the VA to fulfill its responsibilities to those who served and sacrificed.

You all, especially here in the House of Representatives, have been aggressive, courageous, and vigilant in holding the VA accountable and trying to equip it with the resources it needs to care for veterans. But given the magnitude and extent of the problems at the VA, more is needed.

Mr. Chairman, I understand that today you are introducing the Suicide Prevention for America’s Veterans Act. The reforms, evaluations, and programs directed by this legislation will be critical to helping the VA better serve and treat veterans suffering from mental injuries from war. Had the VA been doing these things all along, it very well may have saved Clay’s life.

Mr. Chairman, Richard and I again appreciate the opportunity to share Clay’s story and our recommendations for how we can help ensure the VA will uphold its responsibility to properly care for America’s veterans.