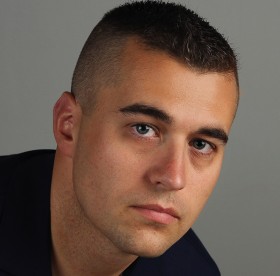 On behalf of Iraq and Afghanistan Veterans of America (IAVA), thank you for the opportunity to share with you our views and recommendations on what changes should be made to reform the Department of Veteran Affairs (VA) and on VA communication and collaboration with veteran service and advocacy organizations.

As the nation’s first and largest nonprofit, nonpartisan organization for veterans of the wars in Iraq and Afghanistan, IAVA’s mission is critically important but simple – to improve the lives of Iraq and Afghanistan veterans and their families. With a steadily growing base of nearly 270,000 members and supporters, we aim to help create a society that honors and supports veterans of all generations.

In recent months, revelations about extensive patient wait times, manipulation of data, a systemic lack of accountability, and even preventable veteran deaths within the VA system have undermined the trust of the American public in our VA, and it has had a particular impact on the trust and confidence of IAVA’s members. While it is true that many of our members have expressed general satisfaction with the quality and delivery of the health care they receive from the VA, many have also expressed serious frustration with general access to and direct communication with the VA.

On July 10th of this year, when Mrs. Susan Selke, the mother of deceased Marine Corps veteran Clay Hunt, testified before this Committee about the tragic experience of losing her son to suicide, one of the most heartbreaking aspects of her testimony and of Clay’s story was the consistent inability for Clay to receive proper care from VA facilities in Los Angeles, California, Grand Junction, Colorado and finally in Houston, Texas. Mrs. Selke testified that Clay not only encountered significant difficulties in scheduling visits with psychiatrists and mental health professionals, but also with the inability of the VA to continue treating Clay with the same medications on which he had been successfully treated while on active duty and with the guinea pig-style treatment he felt he was receiving throughout his VA experience.

We know of issues like these largely from anecdotal evidence, through testimony from brave individuals like Mr. and Mrs. Selke and Dr. and Mrs. Somers, and through the revelations that have come out of both media and this Committee’s investigations. And we know of them from countless reports and stories from our members, like Clay.

The issues our members have had with scheduling certainly are problematic, but they are not the only problems they face as they seek care at the VA. Our members have also shared with us significant problems concerning over-medication for conditions such as post-traumatic stress, depression, and issues related to traumatic brain injury.

When Clay finally arrived at his appointment with a psychiatrist, the counseling he received consisted of a quick conversation about how his current medication was impacting his symptoms. If one didn’t seem to work well enough, he’d be switched to another, and another, and another, each with it’s own adjustment and uptake period and unique set of side effects. As this Committee is well aware, Mr. Chairman, the Center for Investigative Reporting found that over the last 12 years, there has been a 270 percent increase in Veterans Health Administration (VHA) prescriptions for four powerful opiates.  In addition to pain medications, psychiatric medications have been prescribed at alarming rates as well.

These empirical findings comport with IAVA’s anecdotal findings based on member reports, complaints, and stories. Indeed, over medication has taken its toll on our membership. One IAVA family member last year expressed frustration that her husband was prescribed nine different medications to address a range of health issues related to pain, anxiety, and depression. He tragically passed away from what was labeled an accidental overdose by the coroner, and his widow has been fighting to have the reality of overmedication by the VA documented in his treatment records.

IAVA is pleased to see some recent changes within the Veteran Health Administration, but we are eager to see more structural reforms pursued in the areas of accountability, the adoption of technology, and increased capacity to deal with future needs. Congress acted swiftly in the area of accountability in response to the system-wide VA scheduling scandal by passing the VA Management Accountability Act. We are pleased to see this piece of legislation move forward, but our members want to ensure that the Secretary of the VA actually uses it once it is signed into law in order to clean out the organization of negligent or inefficient top-level bureaucrats. We would even welcome the extension and application of a similar authority to Title 38 and GS employees within the VA as well.

IAVA would also like to see the VA adopt not only new, more user-friendly technological platforms, especially those that are veteran-facing, but we believe the organization needs to begin a shift in the way it looks at its technology needs and how it goes about acquiring and/or designing those systems. Compared to private-sector user interfaces, the VA’s web-based platforms and portals are, frankly, a joke to many Iraq and Afghanistan-era veterans. With respect to the VA’s internal scheduling software in particular, the average age of most of the members of our organization is younger than the scheduling system currently in place at VHA. We believe that an updated system should include a much more robust user experience that will improve efficiency for VA staff and convenience for veterans who interact with VHA.

Finally, our members want to see an increase in the VA’s capacity to deliver critical services to veterans, especially in the realm of mental health care. The shortage of psychologists, psychiatrists, counselors, case and social workers, and other mental health professionals and service and support staff must be remedied quickly. Additionally, there needs to be continuity of not only medical records, but also medical care and medication availability between DOD and VA, and more evaluation of and cooperation among the myriad programs already in existence to help combat suicide and the effects of invisible injuries among troops and veterans. Many of these reforms are included in the Clay Hunt.

Suicide Prevention for America’s Veterans (SAV) Act, and IAVA members are expecting the Committee and the full House to pass this critical legislation before the election.

Some of these and many other reforms are actions that the VA could have pursued, at least partially, all along. Unfortunately, the VA’s level of communication, cooperation, and collaboration with new-generation organizations – like IAVA – over the past 5 years has been severely lacking. In fact, prior to the outbreak of the current VA access scandal, the former Secretary of Veterans Affairs had only met with IAVA directly on one occasion during his entire tenure as Secretary. Much like the VA’s attitude toward this Committee, if the prior regime within VA did not like what they were hearing from its nonprofit partners, or if those partners refused to tow the party line, they were shut out entirely from top-level access.

IAVA paid that price for years in exchange for standing up, speaking out, and conveying the truth of the situation at VA that our members were communicating to us. And like this Committee and the red flags it began raising about serious issues years ago – from delayed GI bill payments to the backlog to obscene patient wait times – we turned out to be right and are proud to have held our ground and faithfully advocated for our members.

VA’s interim leadership, however, has been much more communicative and cooperative, and the new VSO liaison VA brought on board immediately before the access crisis broke has done a phenomenal job at working to repair the relationship between the VA and the nation’s largest organization of Iraq and Afghanistan veterans and their families.

Although we were not consulted by the White House on the choice of Mr. Bob McDonald to be the new Secretary of Veterans Affairs, we are thankful that he proactively reached out to us following his nomination announcement. We are very eager to get to know Mr. McDonald better and look forward to having a communicative and strong working relationship with him and his senior staff in the future.

In addition to the above, we also want to take this opportunity to let Members of the Committee know that today IAVA is releasing the results of its 2014 member survey at the National Press Club. IAVA’s policies, positions, and priorities are driven every year by our annual member survey, and the data this year overwhelmingly reveal that suicide and mental health care access at the VA are the top challenges facing this generation of veterans.

More information about the results of our member survey will be available today at iava.org, and our staff research team, led by Dr. Jackie Maffuci, would be happy to brief you and your staff on our detailed 2014 findings in the very near future.

Mr. Chairman, we again appreciate the opportunity to offer our views on these important topics, and we look forward to continuing to work with each of you, your staff, and this Committee to improve the lives of veterans and their families.