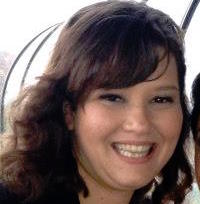 One of the unique aspects of working at IAVA is working among so many inspiring veterans. This  keeps the importance of our work at the forefront of our minds every day. So, when the benefits promised to our own co-workers, let alone the community we strive to serve, are under attack, we won’t rest until that injustice is reversed.

For months, IAVA has been calling on Congress to oppose proposed cuts to the Post 9/11 GI Bill — and any future cuts — to this crucial benefit. We have been working hard with our membership to get through to our elected officials, but it has been a tough battle.  IAVA’s chief program officer and Marine veteran Anthony Pike recently penned a letter to t the Hartford Courant sharing his story of how the GI Bill helped his transition back to civilian life after returning home from war.  In the letter, Anthony shares why he decided to serve:

“I joined the Marines in December 2000 to secure a better future for myself. I served two combat tours in Baghdad and Ramadi alongside others who put their lives on hold with the promise of the GI Bill.”

You might ask, why the Hartford Courant? Well, Anthony resides in Connecticut. The state is also the home to Senator Richard Blumenthal, ranking member of the Senate Veterans Affairs Committee. Senator Blumenthal is co-sponsor of the “Veterans First Act”, a bill that includes $3.4 billion in cuts to the GI Bill benefits promised to Anthony and the over 189,000 Connecticut veterans.

Take a minute to read Anthony’s letter and join our fight to #DefendTheGIBill today. We will keep up the pressure, but we need you standing next to us.