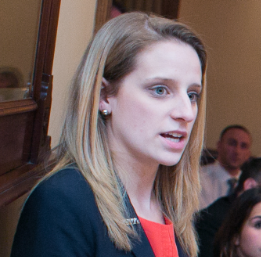 With Congress back in Washington following its month-long August recess, it’s looking as though this fall will be a lesson in déjà vu. With much work to be done in a short time span before both the end of the fiscal year and the end of the calendar year, Congress will need to address major fiscal concerns and several lingering legislative needs of veterans and their families.

The first major concern Congress must address is the need to pass all appropriations bills before the new fiscal year begins in October. These bills fund every aspect of the government, including many of the services and benefits utilized by veterans and their families across several government agencies. With only two weeks in session before the end of the fiscal year, the reality of yet another government shutdown is a looming possibility, unless a stopgap measure is passed. Veterans and their families should not have to experience again. To complicate the matter further, many vital programs, such as the Housing and Urban Development’s vouchers for emergency housing assistance, require extension authorizations within the appropriations bills. Allowing the authorizations of these programs to lapse will be a detriment to veterans and their families, so Congress needs to ensure continuity of funding.

Tied to the need to pass all of the appropriations bills is the perennial problem of government spending hitting the established debt ceiling, which will occur as soon as early November. For several years this has been an issue that threatens to disrupt progress and compromise throughout the halls of Congress. Knowing this will be an issue in the immediate future. Congress needs to be proactive in reaching a compromise instead of pointing blame across the aisle or using government services and benefits, many of which are used by veterans, as a political football.

The immediacy of which Congress must address these fiscal issues does not negate the need for continual progress on other areas of concern or need within the veteran community. There are several pieces of legislation that should be addressed by the end of the year that are top priorities for IAVA and its members. Specifically, the Senate needs to take up and pass H.R. 1994 — the VA Accountability Act of 2015 — which will help create a greater culture of accountability within the VA. The House passed the legislation earlier this year and it’s time for the Senate to do its job on addressing accountability within the VA.

Additionally, there is comprehensive legislation in both the House and the Senate from Rep. Mike Coffman (R-CO) and Sen. Dean Heller (R-NV), supported by IAVA, that addresses the health care needs of women veterans. Women being the fastest growing population of veterans, this legislation is a practical necessity to establish health care and support services needed within the VA.

Veterans are becoming all too familiar with the lack of urgency in Congress. This September will yet again be a frantic time of negotiating before significant deadlines threaten to disrupt the government. Now that Congress is back in town, IAVA members are looking to them to not let unnecessary political bickering and brinkmanship lead to a failure to address the critical priorities of veterans.