Next Tuesday, Americans across the nation will take to the polls for what is an important and decisive election. On the Friday before this important election, the Bureau of Labor Statistics released October’s Employment Situation report, which gives us the unemployment numbers for the nation and veterans. We know the economy is a top issue for IAVA members when supporting a political candidate, and while unemployment numbers don’t tell the whole story of how the economy is doing, this is important information you need to know.

Yet again, the national unemployment rate remained below 4 percent for the 4th month in a row; this month it’s again 3.7 percent. 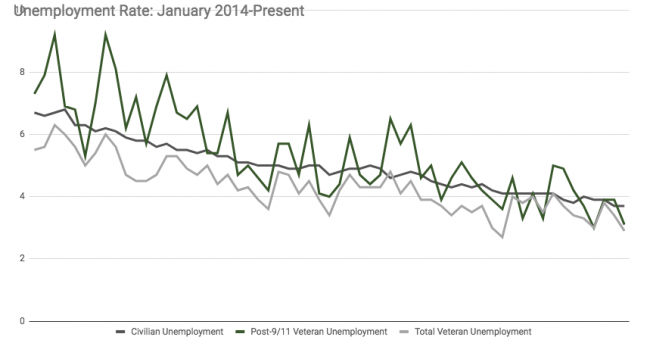 This Tuesday, November 6th, is election day around the country. As Americans take to their local polling place and participate in democracy at the most fundamental level, IAVA members will be out in force.

According to our last Member Survey, 96 percent of IAVA members are registered to vote and 88 percent voted in the 2016 election. And when asked what issues are most important to IAVA members when choosing a candidate, the economy ranked second, after veterans issues. 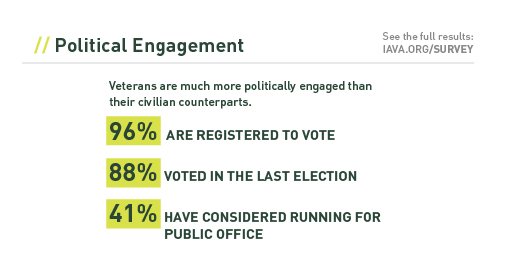 Follow along with us through Election Day to our Annual Heroes Gala and Veterans Day on IAVA social media channels here and here. And if you’re an IAVA veteran or military member, check your inbox to take our annual member survey ASAP. Your voice matters!

See more about our IAVA Member Survey and get involved in our campaigns here. Learn more about IAVA’s Big 6 Priorities and our position on veteran employment here.