Here on the East Coast, spring has finally sprung. And with the sun shining and temperatures warming up, the Bureau of Labor Statistics had some heartwarming news for us as well. For the seventh straight month, the national unemployment rate remained low; this month it is 3.9 percent, the lowest national unemployment rate in almost 20 years. While not the only marker of a healthy economy, it’s a great sign for workers or those that may soon enter the workforce; it’s graduation season, after all. 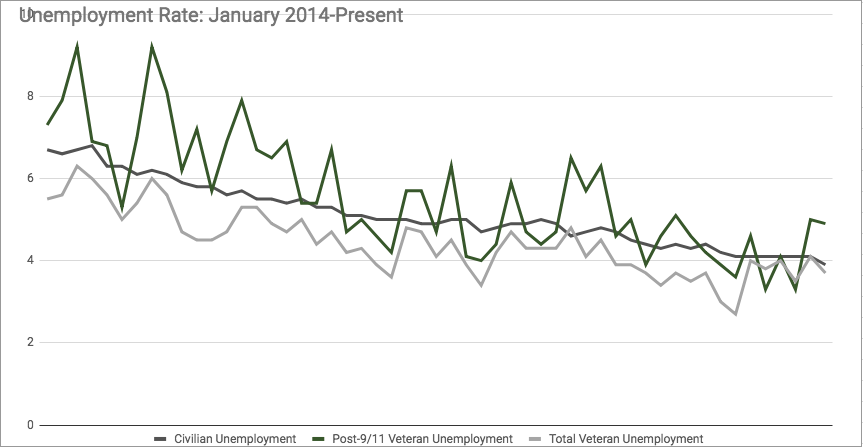 But employment doesn’t tell the whole story. It’s been a turbulent month at the Department of Veterans Affairs, with former Secretary Shulkin’s departure, Rear Admiral Ronny Jackson’s nomination and subsequent withdrawal, and the fall out at all levels of the VA, it is veterans who are stuck in the middle. Compound that with the fact that women veterans already face barriers to care and a lack of accepting culture at VA, and it’s a recipe for disaster.

That’s why now, more that ever, IAVA’s #SheWhoBorneTheBattle campaign is so important. We are shining a light on the triumphs of women veterans nationwide while also calling on VA to change it’s outdated culture, starting with its motto, and reforming VA to work for women veterans through the Deborah Sampson Act.

Now is the time to act. Join us and take action here. Learn more about our #SheWhoBorneTheBattle campaign here.