On Monday the VA reported that the disability compensation claims backlog1 decreased by almost 4,000 claims. There are currently more than 74,000 claims in the backlog, meaning that they have been pending for more than 125 days. Since last week the total number of pending claims has increased by about 2,000 claims meaning there are more than 368,000 pending disability compensation claims overall. Those in the backlog make up about 20% of the total number of claims. 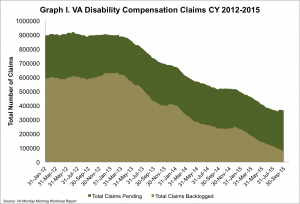 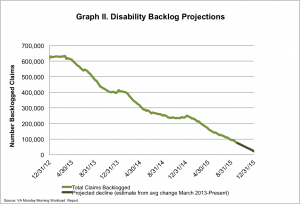 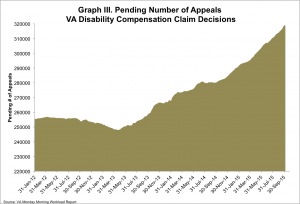 To read more about the VA disability compensation process and IAVA’s recommendations to eliminate the backlog, read IAVA’s 2014 Red Tape Report. To hear more about veterans’ experiences with VA benefits and healthcare, visit  The Wait We Carry.

1 IAVA continues to track and report backlogged claims to include claims not counted in the VA’s Rating Bundle. IAVA does this because we believe that claims from all veterans and their families should be included in the goal to end the VA Backlog by 2015.