On Monday the VA reported that the disability compensation claims backlog1 has decreased by almost 7,000 claims since last week. However, there are still more than 125,000 veterans in the backlog, meaning that they have been waiting for a claim decision for more than 125 days. The number of total claims pending has decreased by 9,000 since last week, meaning that there are almost 385,000 veterans now waiting on disability compensation claim decisions. 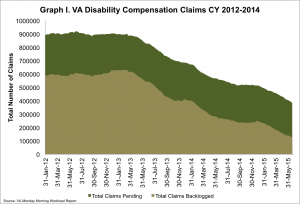 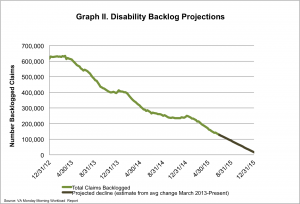 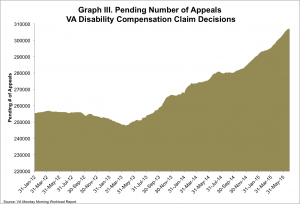