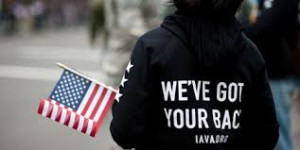 Military Sexual Assault (MSA) and other forms of assault are unfortunately a reality for some servicemembers, veterans and civilians. In 2014, the RAND National Defense Research Institute conducted an independent assessment of the rates of sexual assault, sexual harassment, and gender discrimination in the U.S. military. Results reveal that the risk of sexual assault and harassment varies across installations and commands and these risk estimates provide insight into which environments servicemembers are most or least likely to be sexually assaulted or harassed. A significant proportion of all sexual assaults occur at relatively few large installations. Based on the study, RAND recommends that risk estimates should be propagated to military leaders to ensure awareness of problems in their commands and specialized training, prevention, and response interventions should take place.

If you are a survivor of MSA or other assault, this is not your fault and you deserve to heal and recover. For some, reaching out for help is difficult and sometimes self-blame can prevent individuals from seeking help. No one deserves to be assaulted or taken advantage of. No matter what. At IAVA we believe that asking for help is a sign of strength. We are a community that represents nearly 425,000 veterans, family members and supporters and we have each other’s backs. IAVA’s remote case management program, the Rapid Response Referral Program (RRRP) works with veterans and family members across the nation, addressing a wide variety of needs including accessing support for Military Sexual Assault and other forms of assault or trauma. At RRRP we understand the detrimental impact this type of trauma can have on a veteran and sometimes on the entire family. We receive reports from veterans and family members on a far too regular basis about assault. Our Veteran Transition Managers (VTMs) are all masters level social service professionals and have the skills, empathy and expertise to provide quality support, advocacy and streamlined linkages to effective and appropriate on-the-ground resources.

There is much work to be done on this serious issue and defending troops against Military Sexual Assault is an important part of IAVA’s policy agenda. We know that survivors may not choose to formally report a sexual assault for fear of retaliation, whether professional or social. Six percent of respondents from IAVA’s most recent member survey are survivors of Military Sexual Assault. Only one in three reported the crime. Of those, 70 percent experienced retaliation. More importantly, nearly half of survivors said they would have been more likely to report the crime if a trained military prosecutor had the authority to move forward with their case, rather than the commander. Congress must improve the military justice system by placing the disposition authority for all serious crimes in the hands of experienced and impartial military prosecutors, instead of the chain of command. IAVA’s policy team is fighting daily in Washington, DC and across the country to ensure that real change occurs to address Military Sexual Assault and has clear recommendations, which can be found here.

There is help and there is hope out there. The stress of staying silent can have significant impacts on a person and the value in seeking help and support can enable those who have survived this type of trauma to get on a pathway toward healing, recovery and happiness. If you or a veteran you know has experienced MSA or any other type of assault or trauma, reach out to us today. We are here. We will listen. We will support you. And we will ensure that you have access to the services that you need and deserve. No matter what.