Today is World Suicide Prevention Day, dedicated to raising awareness about suicide and reaching out to those affected by it. Here at IAVA, suicide prevention day is every day. Our members continue to remind us of the challenge and devastation that suicide has wrought on the veteran community and that we cannot afford to lose focus on the issue of military and veteran suicide. 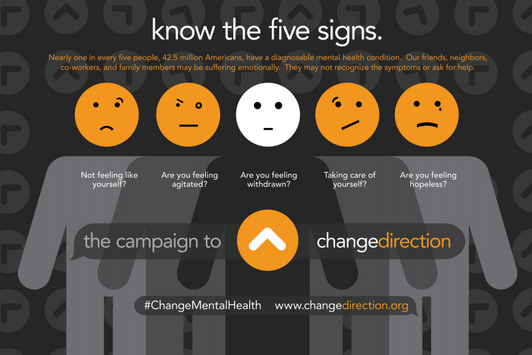 The VA estimates that 22 veterans die by suicide every single day. VA data also suggests that there are certain populations that appear to be at higher risk, including those of retirement age and women. Additionally, new data suggests that the rate of suicide in younger veterans is on the rise.

Among our members, we don’t have to rely on the data to tell us this; IAVA’s members live it. Nearly half of IAVA members responding to our member survey know at least one Iraq or Afghanistan veteran who has taken their life by suicide or has attempted suicide. Nearly one in three have thought about suicide themselves. This issue is real, and it’s extremely personal.

But, today I’d like to expand the scope beyond our community, to truly embrace the idea of World Suicide Prevention Day. Because the honest truth is that mental health challenges and suicide is not something unique to the military and veteran population. It impacts communities, our nation and the world.

The World Health Organization reports that 800,000 people die from suicide each year. They don’t have an estimate for the number who attempt, stating only that “many more attempt suicide.” Globally, suicide was the second leading cause of death among 15-29 year olds in 2012 and was the 15th leading cause of death globally overall in 2012. These deaths can be prevented, but it will take a community, national and international level of engagement to prevent them worldwide. This is a complex issue that requires a comprehensive and integrated effort.

During the month of September, Suicide Awareness Month, IAVA encourages you to learn more about the issue and be a part of the solution. Commit to knowing the signs and learn more by attending a Mental Health First Aid training. For those seeking information for a veteran or service member the National Center for PTSD, Coaching into Care and Make the Connection provide some great resources.

If you or someone you love is in crisis, reach out to the National Suicide Prevention Lifeline at 1 (800) 273-8255 and press 1 for veterans and military personnel.

Finally, to learn more about IAVA’s initiatives in this area, visit https://iava.org/campaign/combatingsuicide/.