READ: Proud to Be a Part of the Fight for Equality 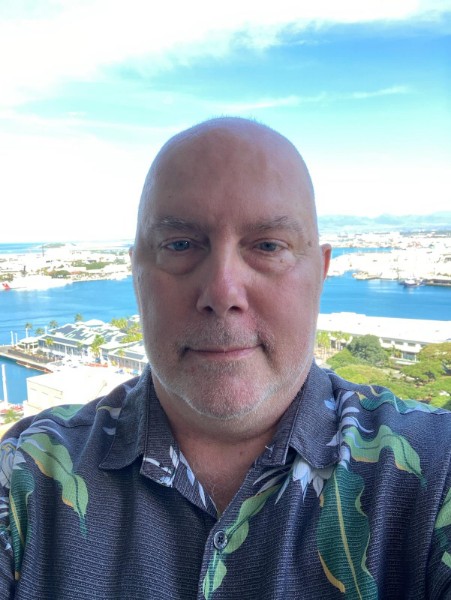 I don’t remember there ever being a time when I did not want to be a firefighter. And from the age of 12 years old, I also wanted to be a Marine. I remember always knowing I was “different,” but it took me a while to realize that “different” meant gay. When I enlisted in the military in 1984, before the “Don’t Ask Don’t Tell” (DADT) policy came about, I was asked if I was gay, and I lied. This set the tone for the entire duration of my service. If my lie was discovered, I would be dishonorably discharged, and I would have lost all my pay and privileges. All I ever wanted was to serve my country.

I was stationed at Camp Lejeune in North Carolina, which is the home of the Second Marine Division. Many places in Jacksonville, the town just outside the front gate, were off-limits to Marines and Sailors from the base. One of these places included the only gay bar in town, the Friends Lounge. This establishment was closely monitored by the Naval Investigative Service (NIS, later Naval Criminal Investigative Service, U.S.). The straight establishments that were supposedly off-limits were never monitored. Civilian folks would hide us in their cars so gay servicemembers could go in and out of the bar without being caught but those who were seen and recorded would end up with harsh penalties like dishonorable discharges.

Lying about my identity and constantly looking over my shoulder so I wouldn’t get caught was an everyday and terrifying struggle. But this was not going to stop me from realizing my dreams, and luckily, when I finished my contracted term of service, I was honorably discharged with the rank of corporal and was never found out.

Years later, I remember sitting on my couch, watching President Obama sign a law overturning DADT on the television with tears in my eyes. This was a huge step for the nearly 114,000 LGBTQ+ members serving in the military. We could finally serve openly and proudly, thanks to IAVA and other organizations who helped lead these efforts!

After leaving the military, I became a firefighter. I knew then that I wanted people to know who I was at some point. The first person I came out to was a fellow firefighter, Richie Muldowney. I had known Richie since I was 13 years old. He was a few years older and an absolute natural firefighter. I told him I had something important to say to him, and then I blurted it out, “I’m gay.” Richie hugged me, gave me a big kiss on the cheek, and said, “So what’s this big news you have for me?” Richie didn’t care – all he cared about was that I could be counted on. We lost Richie on 9/11. I am still heartbroken.

Since then, I’ve found acceptance and support from so many other members of the military and the fire service. These are two worlds that I would not have thought would be accepting of members of the LGBTQ+ community. However, these communities judged me on how well I could do my job, and more importantly, they trusted me with their lives and vice versa.

I’m proud to serve as an openly gay firefighter. Although the fear of being “found out” and arrested during those years of serving in silence may be gone, the struggle of being discriminated against is still present.

Many people and members of Congress still would do away with my civil rights, like marriage equality. After four years in the military and twenty years as a firefighter and a 9/11 first responder, I’ve sacrificed much for our country, as many in my community have, yet we are still second-class citizens.

Organizations like IAVA stand up and fight for all veterans, no matter their status or sexual orientation. They have given other leaders and me a powerful and valuable platform to continue fighting for the advancement of all, including the LGBTQ+ veteran community.

Until the LGBTQ+ community lives with the same protections and rights as the straight population, we are not equal. I am proud to be part of the fight for equality, IAVA’s veteran member leadership, and the movement to improve things for future generations of servicemembers.