To celebrate Mother’s Day, IAVA is sharing the stories of mothers who have served our country. Below is an interview with Laura Marko, a veteran, mother and IAVA member leader.

Tell us about your service.
I served active duty in the Navy from 2006-2011 as a Mass Communication Specialist. I was stationed onboard the USS Dwight D. Eisenhower for a few years where I deployed in support of OIF and OEF and later I served at Navy Public Support Element at Naval Station Norfolk. I often tell people that I had the best job in the Navy – I had the opportunity to tell the Navy’s story through written and visual communication. There’s no bigger rush than taking photos on the flight deck of an aircraft carrier in the middle of the Persian Gulf with jets taking off right next to you. I had a blast in the Navy, and it was the majority of my identity until I became a mother to my daughter Annabelle in 2009. Although I loved my job, suddenly deploying for 7+ months and leaving my husband to parent alone seemed daunting. I have so much respect for the military moms and dads who do this, it’s a tough decision. It was a hard choice to leave the Navy when my 5-year enlistment was up, and it was really the first time in my life I had to sacrifice something big for my child.

What does being a mother and a veteran mean to you?

There’s a lot of labels that define me, and mother and veteran are right up there at the top of the list. They’re aspects of my identity and core being that will never go away. Becoming a mother and serving in the military has become such a foundation of my life, that when I think back to the time before both, I view myself as a somewhat blank slate. I had a challenging childhood and when I graduated high school I felt lost, I had no idea what I wanted to do with my life. Serving in the military gave me purpose and put me on the path to forming my identity outside of my childhood and home town. The military gave me the space to grow into adulthood and was a huge turning point in my life. I learned a lot about myself and achieved things that surprised me, the same with motherhood. I love my country, and I love my family. 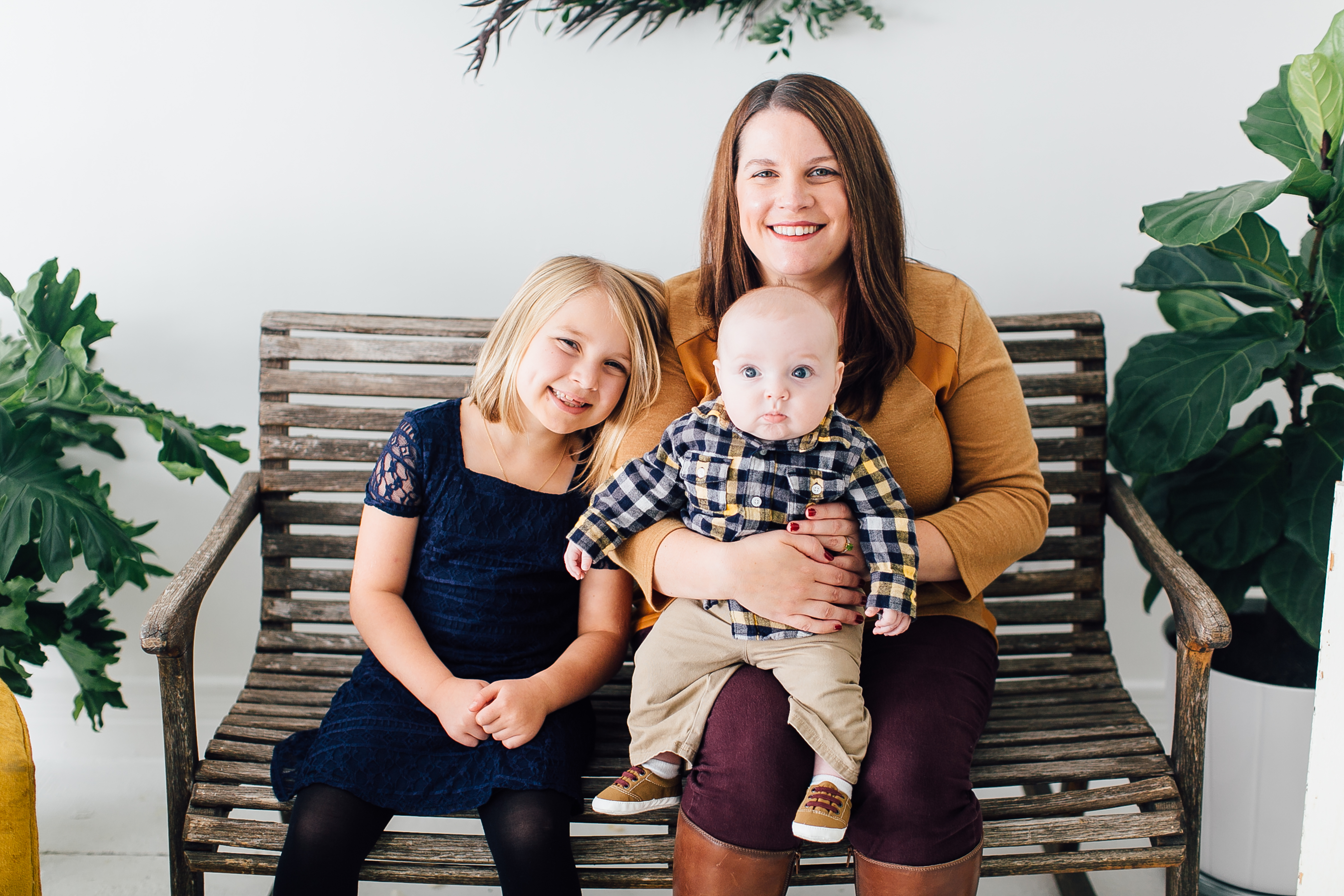 Are there similarities between being a veteran and a mother?

There’s a few similarities between being a mother and being a veteran. The random wake-ups in the middle of the night in boot camp definitely prepared me for having a newborn. But on a more serious note, both require sacrifice, stamina, teamwork and a connection to something bigger than just you.

Do you talk to your kids about your service? What do they think about it?

I talk to my daughter frequently about my service, and she’s been attending community veteran events with me since she was really little. We talk about the importance of community, service, sacrifice and what it means to serve your country and community. We’re very open with her about what it means to serve in the military. In addition to my Navy service, both of her grandfathers were in the military and several of her extended family members. She’s helped with projects at VFW’s, with IAVA Vet Togethers, has visited the War Memorials in DC, attended numerous Memorial Day services, and even collected Girl Scout cookies with her troop to send to deployed troops this year. She’s 7, so I think it’s all very abstract to her right now. I still smile when I see a GI Joe helmet on her Barbie doll, and she knows the difference between Memorial Day and Veterans Day. So, I think it’s making an impact. My son is only 11-months but I look forward to sharing these experiences with him too.

Has your service changed the way you think about motherhood?

It’s really important for me to raise my children to be conscience global citizens, and instilling in them the importance of service is a key pillar in my approach to motherhood. Service for everybody is different, for me it was my service in the military and my current involvement in the community. For my husband, it’s his service as a police officer and as a coach of the youth t-ball team. We want out children to find some way to serve their community and country.

Learn more about IAVA’s campaign to recognize and improve service for women veterans at www.SheWhoBorneTheBattle.org