As an intern jumping into any new job site– never mind one located in the heart of our nation’s capital– it is typical to anticipate feelings of both excitement and apprehension. Personally, my internship working with Iraq and Afghanistan Veterans of America involved jumping right into the heart of the ‘storm’—quite literally. That Monday, I arrived in D.C. during IAVA’s quarterly ‘Storm the Hill’ advocacy campaign which brings together veteran leaders with Congressional leaders through a series of press conferences, testimonies, panel discussions and meetings. As someone coming from a small town, I was somewhat nervous.

Luckily, these feelings of unease soon subsided as I quickly became integrated within the IAVA team. The first thing I learned about IAVA was the use of the word team is not just a label. Regardless of rank, gender, geography, political party, ethnic background or any other creed, IAVA truly represents a unified front where every member’s voice is equally heard, respected and acknowledged. 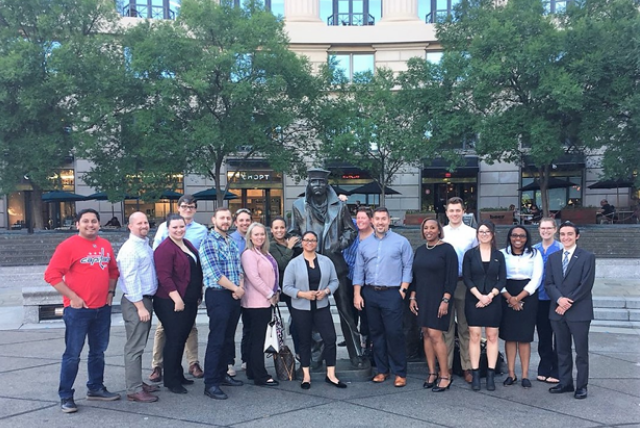 During the first day of Storm the Hill, the Stormers and I were trained on the IAVA’s Big 6 Priorities which include combating suicide, recognizing and supporting women vets, defending the GI Bill, reforming the VA, driving support and recognition of burn pit exposure and empowering wounded veterans to utilize medical cannabis. Having read the IAVA Policy Agenda before coming to D.C. I considered myself fairly updated on the current statistics, legislation and the broad issues facing America’s veterans.

But it was not until hearing the powerful stories of the veterans in the room that a statistic became a face and federal legislation directly affected the person sitting next to me. I soon realized that this was full intent of Storm the Hill.

As non-military citizens like myself and many of our U.S. Representatives and Senators, there is a disconnect between those who have not served in the armed forces and the issues that personally affect our veterans. Currently, only 20 percent of the Senate and 19 percent of the House have served in the armed forces. It’s a drastic reduction from the 1970’s, when veterans made up seventy-five percent of the House and eighty-one percent of the Senate. While many of us were sitting in our homes, or offices, or college classes, these troops were fighting for our ability to safely do so in Iraq, Afghanistan and other places all over the world.

The Stormers from the past, future, and the ones I had the honor of working with this week, serve as the connection between us as they recollect their inspiring stories and sacrifices they made for all Americans. I then came to a more unfortunate realization; many of the these realities are unknown, or unacknowledged, by a great deal of our nation. 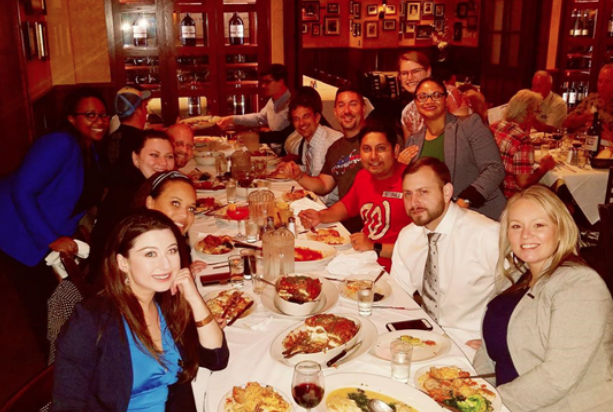 Throughout Storm the Hill, one issue I quickly became familiar with was the devastating effects Post-9/11 veterans now face due to consistent exposure to burn pits, and further, the inadequate access to healthcare and benefits they receive because the government has not accepted that their symptoms are service-related. I learned of the hazardous things being burned and breathed in by the people risking their lives for our country. Chemicals. Batteries. Petroleum cans. Oil. Medical waste. Paint. Glass. These are just a few. Under no means would this meet national air quality standards yet over 140,000 of our troops reported being exposed to these hazardous airborne toxins and are still assumed to have no causal health side effects. Even from my limited engagement with the veteran community, this information came as both shocking and disappointing. 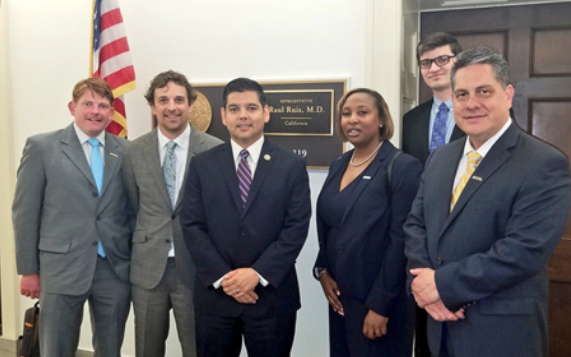 Prior to Storm of the Hill, the Burn Pits Accountability Act had seven cosponsors, it now has twenty nine. This Summer Storm the Hill also championed monumental impacts for the equity of #SheWhoBorneTheBattle and forced a responsiveness to the severity of the health crisis among veterans of our wars in Iraq and Afghanistan.

My first week interning with IAVA, my first experience Storming the Hill, and my first time really learning, and listening, to the issues affecting our veterans has supported my overall reasoning for wanting to work in advocacy — to see change made. Whether I was actively engaging on IAVA social media, attending Congressional meetings up on Capitol Hill, reading the latest research on our topics, or having dinner with my fellow IAVA team members, I became more and more conscious of how little I knew beforehand, how little is portrayed to the general public and how little is actually being done for our vets. IAVA brought an awareness and understanding to these critical issues while also providing the platform to empower the voices of the Post-9/11 generation. Throughout the week, I saw great strides being made and advocates becoming lifelong leaders. But our work here is not done. 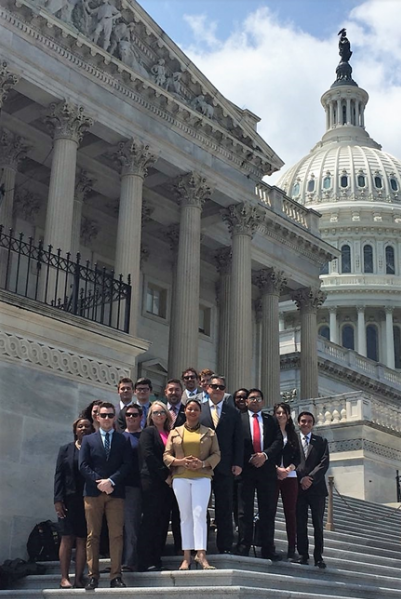 As citizens, we too must offer our support and our voices to make sure the service of our veterans is never forgotten. Our political leaders must do more to ensure the safety, protection, equality and welfare of our veterans. IAVA is a powerful vanguard of the veterans movement and I have seen the hard work, tireless planning and persistent effort of each team member that has led to the ability for such monumental change to take place.

These issues should not just be a top priorities of IAVA, but also top priorities of our nation. These are the men and women who fought for our country, our safety and our rights. Now it is our turn to do right by them. From posting on social media, to sharing your story, to reaching out to your members of Congress — from intern to political leader — everyone can help support our generation of veterans as they have helped support us.

To find out more information about these issues visit our Big 6 priorities page or keep up with the whole IAVA DC Team on our Facebook and Twitter! If you’re interested in supporting our generation of veterans be sure to spread the word by sending your Member of Congress a message through our Take Action page here! For a full recap on our IAVA Summer Storm the Hill you can see photos from the week on Flickr or check out our blog on stormthehill.org.