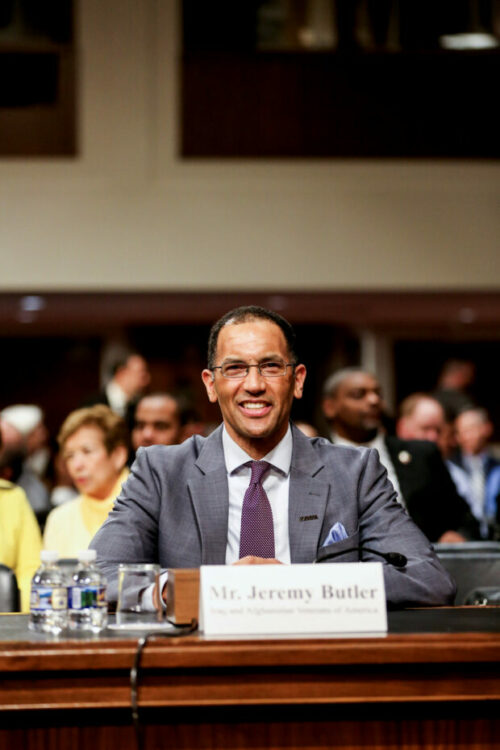 IAVA CEO Jeremy Butler testified before a joint hearing of the House and Senate Veterans’ Affairs Committees on Thursday, March 4th to discuss our advocacy priorities for the 117th Congress. IAVA was extremely honored to have had the opportunity to outline our priorities and share the experiences and opinions of our 425,000 members. Butler spoke on topics surrounding mental health, toxic exposure, education benefits, services for female veterans and other pressing issues facing the post-9/11 generation of veterans. IAVA was joined by The American Legion, Vietnam Veterans of America, Paralyzed Veterans of America, Jewish War Veterans, Military Order of the Purple Heart, Wounded Warriors Project, and other prestigious veteran service organizations.

You can download and read the full testimony here.