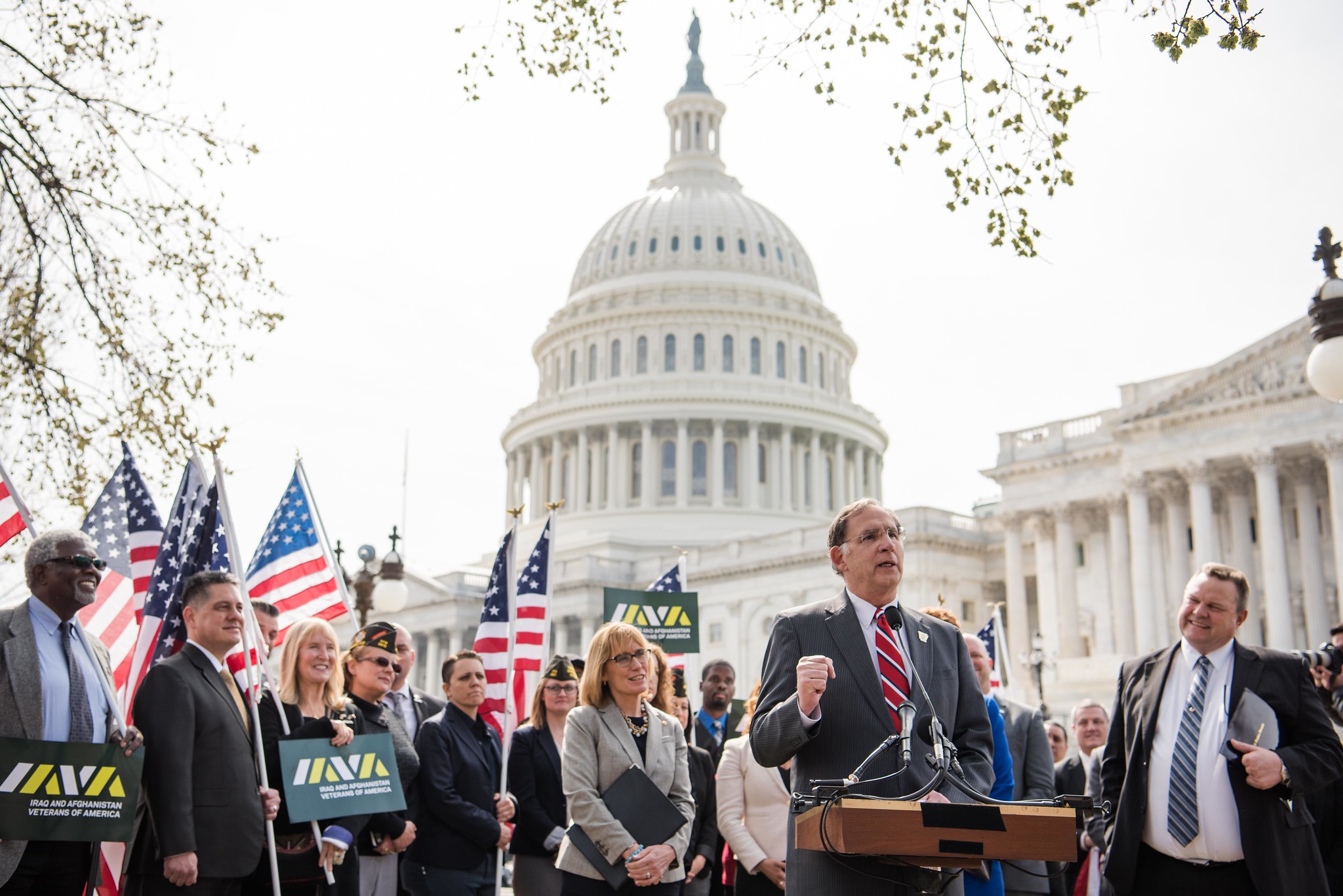 The VA health care system is not perfect. While many of IAVA’s members praise the care they’ve received through VA, others have had their challenges. Since 2014, the VA health care system has continuously been in the spotlight highlighting the problems with the system. These are problems that the veteran community have been highlighting for years. Our community, the Administration and Congress are working together to fix them. But there is a dangerous sentiment that is growing that veterans would be better served if VA health care was privatized.

Today, IAVA and seven of America’s leading Veteran Service Organizations sent a letter to the Commission on Care, on behalf of our collective five million members. In this letter, IAVA, Disabled American Veterans, Veterans of Foreign Wars, The American Legion, Paralyzed Veterans of America, Military Order of the Purple Heart, AMVETS and Vietnam Veterans of America expressed our grave concern with a recently proposed strawman document written by seven of the 15 members of the Commission that, in essence, proposes privatization of the VA health care system. We argue that this is a dangerous and ill conceived “solution” to a problem that we have collectively committed to work on in a thoughtful and deliberate manner. Sixty percent of IAVA’s members use the VA for care, and many are satisfied with the care they receive. They are not asking for the VA to close its doors; our members are asking for the VA to do better, and the Commission was tasked to make recommendations to help them carry this out.

The Commission on Care was established under the Veterans Access, Choice, and Accountability Act (VACAA) of 2014 and was charged to examine veterans’ access to Department of Veterans Affairs health care and to examine strategically how best to organize the Veterans Health Administration (VHA), locate health resources, and deliver health care to veterans during the next 20 years. The interim report of the Commission established its guiding principles as those driven by data and decided by consensus. However, last week seven of the 15 members of the Commission released a proposed strawman document to guide discussions of the full committee’s March meeting. This document does not meet these guiding principles. In fact, there is no data at all to support the proposed recommendations.

The summary section of the “proposed strawman document” includes the following:

“VA facilities that are under-utilized will be dispensed with…No new facility construction or major renovations will occur…  A BRAC-like process will begin to close the other facilities. All enrolled veterans should now be given the option of community care… A deliberate plan should be developed to transition the others to community care over the next two decades…”
– “Strawman Document,” pages 19-20

In short, if accepted, the proposed recommendations would abolish the VA health care system. This is not what our members have asked for, and it’s not in the best interest of this nation or its veterans.

However, our biggest concern with this document is that the Commission has yet to meet with IAVA or groups specifically representing the newest generation of veterans. So this proposal does not integrate our voice, and yet is making recommendations that will impact this generation for decades to come.

We look forward to the opportunity to share our member’s voices with the Commission and stand firm with our VSO partners in working with the Commission to develop and implement real reforms designed to fulfill the promise to America’s veterans, especially those who have been injured or made ill as a result of their service.