Several IAVA priorities crossed the finish line last week, as legislation we have fought long and hard for was signed into law by the President. In addition, following the tragic events in Charlottesville, VA, IAVA condemned the violence and anti-American activity by white supremacists. Here are the policy toplines from last week:

Last, but certainly not least, here are Tweets from all four Joint Chiefs of Staff condemning the events at Charlottesville, VA. We’re thankful that our military leaders, who are Post-9/11 veterans themselves, have taken a stance in condemning these hateful acts. 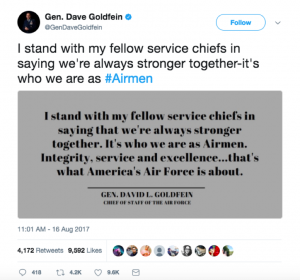 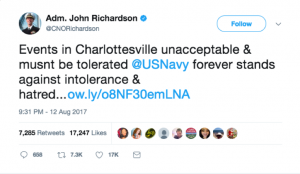 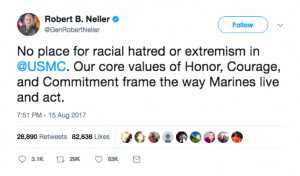 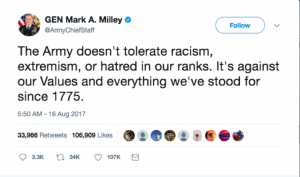