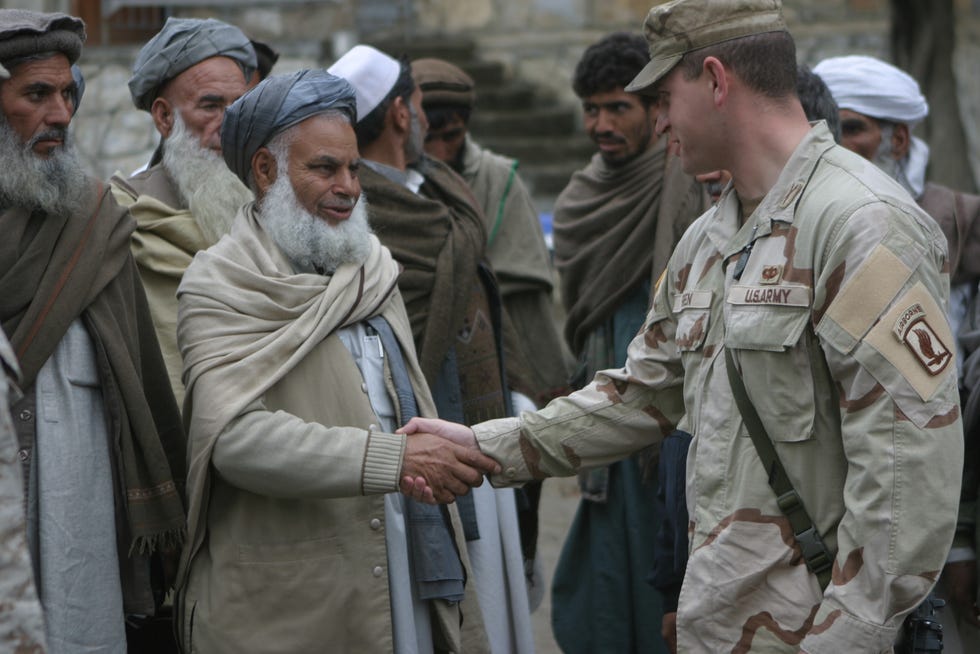 To those who fought in Afghanistan and then fought another war to save our Afghan wartime allies, Operation Allies Refuge was a profound failure. Government estimates make it clear we left at least 90% of the interpreters and their families behind. The Taliban are now hunting them down and murdering them, just as so many of us predicted and feared.

Recently, Secretary of State Blinken, Secretary of Defense Austin, Chairman of the Joint Chiefs of Staff General Milley, and Commander, US Central Command, General McKenzie testified for hours before House and Senate committees regarding the war in Afghanistan and the withdrawal. The line of questioning and grandstanding pursued by the vast majority of elected officials made clear why politics as usual will only continue to produce disastrous results like Operation Allies Refuge. The hearings quickly devolved into partisan bickering and political kabuki – and anyone hoping for actual answers turned off the hearings in disgust. Should we continue with the regular partisan Congressional investigation process, we will never get to the matter of what went wrong in Afghanistan.

Thankfully, Iraq war veteran and Purple Heart recipient Senator Tammy Duckworth is determined to have a proper accounting of the US war in Afghanistan and introduced legislation to require it. To do so, we must end this war the way it began – with a 9/11 style commission, this time titled the Afghanistan War Study Commission. The need for this honest review, looking at much more than just the last few weeks or months of the war, was reiterated by both Secretary of Defense Austin and Chairman of the Joint Chiefs of Staff General Milley during recent Congressional testimony.

This body would be responsible for a thorough investigation of every aspect of US involvement in Afghanistan and must include examining top level strategic decisions, combat operations, efforts to train Afghan forces, intelligence work, diplomatic efforts, congressional oversight, corruption in the US-backed Kabul government, the development and execution of the Special Immigration Visa (SIV) program, the failure to evacuate our Afghan wartime allies prior to the withdrawal of US troops; the entirety of Operation Allies Refuge; and the collapse of the Afghan government and security forces after 20 years of American aid and investment.

The Afghanistan War Study Commission would take the political temperature down and allow for a proper, non-partisan accounting to occur without each side rallying around its preconceived political notions. One of the goals of the investigation would be ensuring that America never repeats the mistakes of Afghanistan (and Vietnam and Iraq) by abandoning its wartime allies. It would establish the programs, processes, and procedures needed to require that America always protects its wartime allies throughout all phases of conflict. The legislation would also put into place support for our Afghan allies currently left behind in Afghanistan and in need of extraction. America is rightly focused on ensuring that those allies who made it out are set up for a successful life in America but we must remember that, of the 120,000+ Afghan allies evacuated during Operation Allies Refuge, only a fraction of that number include those eligible and deserving of Special Immigrant Visa status. America still has much work to do to keep the promises it made to those Afghans who risked their lives, and the lives of their families, to support US operations in the country.

At the end of the Vietnam war, veterans did not enjoy the type of public support and political organization that veterans do today. Due to the chaotic nature of the end of the war in Afghanistan and the seeming abandonment of our Afghan allies, friends, and family, many in the military and veteran community are struggling with moral injury and questions about the nature of their service, sacrifice and loss. We must use our current organization and public good will to make an honest assessment of US policies for Afghanistan over the last 20 years and to pass legislation that will ensure we never abandon another wartime ally to the very enemy we asked them to help us fight – America’s credibility and national security depend on it. Too much was sacrificed in Afghanistan for us to treat its postmortem as politics as usual. We need the Afghanistan War Study Commission to get to the bottom of what went wrong and determine how to prevent this from happening again.

After 800,000 US servicemembers deployed, 2,461 were killed, 20,698 were wounded, and more than $2.2 trillion in American taxpayer funds were spent on warfighting, reconstruction programs, building the Afghan National Security Forces, promoting good governance and engaging in counternarcotics efforts, the American people deserve a full and complete accounting of our two-decade effort in Afghanistan. A nonpartisan commission of experts, that doesn’t need to play to the cameras or please politically changed interests, can start this important work today.