Today, the House Veteran Affairs Subcommittee on Economic Opportunity marked up and passed several bills on which IAVA has taken strong positions. 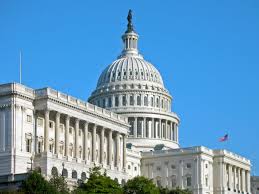 Below is the action taken:

The first piece of legislation, the HR 1994 The VA Accountability Act, expedites VA Secretary Bob McDonald’s authority to remove poor performing VA employees and shortens the appeals period for the Merit System Protection Board. IAVA has testified and spoken at a press conference in support of this legislation.

Second, HR 2275 The Veterans Jobs Act was also reported out favorably to the full VA Committee. This legislation moves veteran job services from the department of labor to the Department of Veterans Affairs creating a Fourth Administration at VA. IAVA has historically supported this legislation in our Policy Agenda and in Congressional testimony.

Advocating on behalf of veterans is one of our top priorities It is an honor to be your voice on Capitol Hill.