Apply to Advocate in DC with IAVA 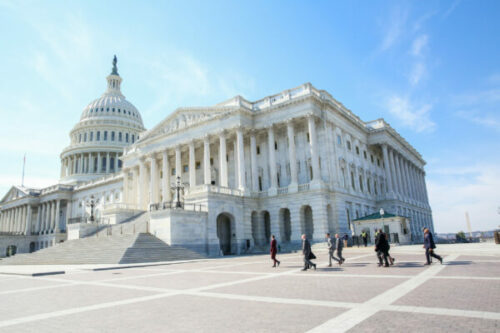 Each year, IAVA welcomes veterans and military-connected family members of all backgrounds to engage Congressional leaders on the most critical issues affecting post-9/11 veterans. Member Advocates work alongside IAVA staff, representing IAVA’s membership in meetings with Congressional offices and key leaders of the Executive Branch. Learn more about the Member Fly-In experience.

IAVA Member Advocates are competitively selected and receive extensive media and advocacy training. Learn how to leverage your voice to foster positive change for the veteran community.

IAVA’s Member Fly-In is an all-expense paid, week-long program. Those selected will be required to travel to Washington, DC in order to participate Feb 27-March 2, 2023.

Join us as we shape history through our advocacy. Be a part of the legacy that is IAVA.