On September 22, IAVA’s Government Affairs Associate Kaitlynne Hetrick testified before the House Veterans Affairs Committee on a top IAVA priority, Suicide Prevention. She unveiled some preliminary data from IAVA’s ongoing member survey, as well as veterans’ and servicemembers’ opinions about the withdrawal of U.S. troops from Afghanistan. Preliminary data for our current survey shows only 22% of respondents approve of the way President Biden withdrew from Afghanistan and 86% agreed that more should have been done to support the evacuation of Afghan allies during the withdrawal. IAVA’s Quick Reaction Force, a comprehensive care management program connecting veterans, active duty, and families to resources, also saw an 80% increase in mental health inquiries from August 16-31, 2021 when compared to those dates in 2020. Watch the full testimony HERE and read her full statement HERE. Following the testimony, Kaitlynne gave a tv interview to Fox News DC about the hearing, IAVA’s preliminary survey data, and more. Watch it HERE. 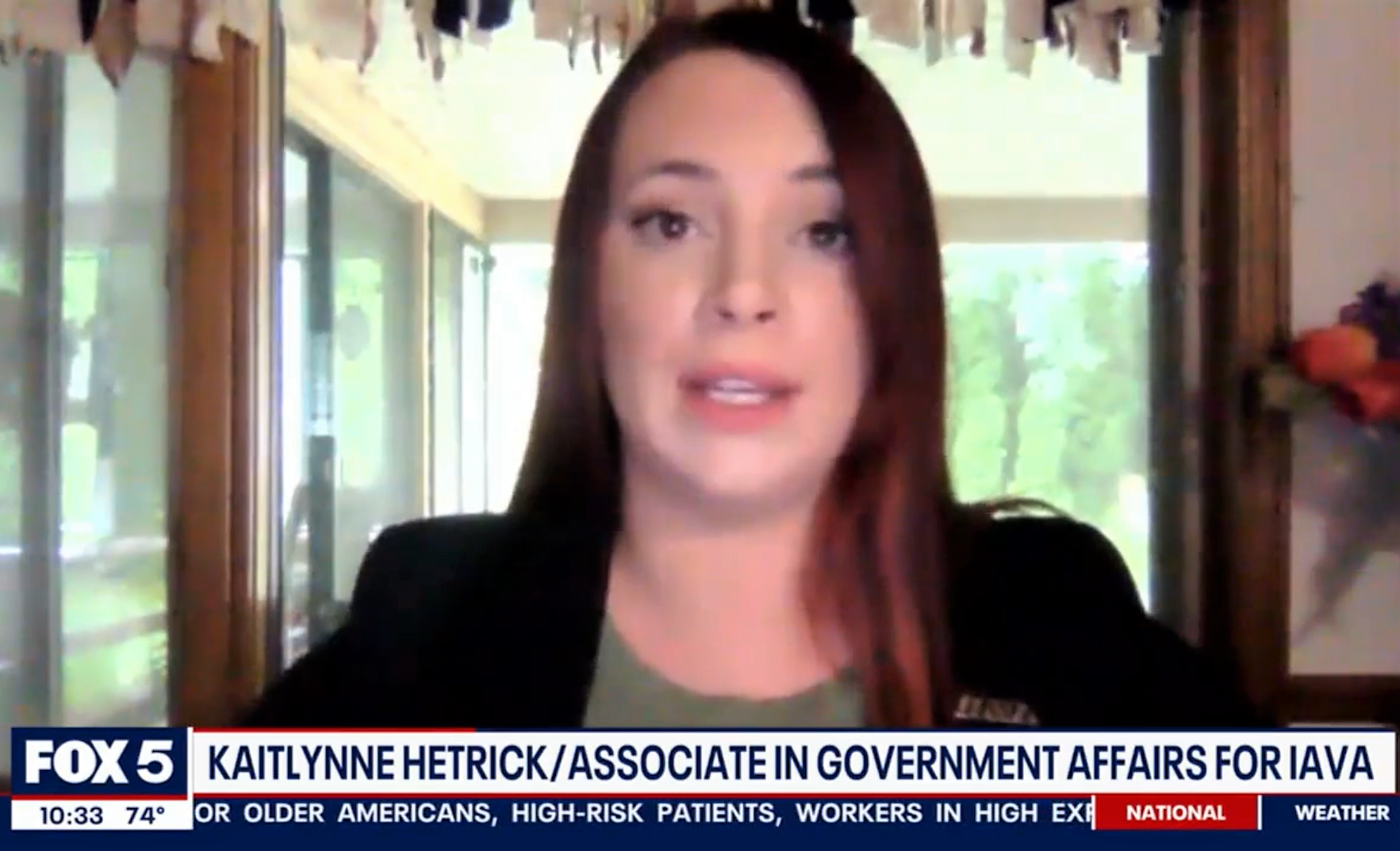 IAVA’s member survey is underway and the participation of our veteran members is critical to shaping the legislation we advocate for. Make your voice heard! If you’re not already a member, join today for free HERE. Fill out the form, submit your proff of service, and help shape the future of our nation’s veterans.

Also this week, the House passed its version of the National Defense Authorization Act (NDAA), the yearly comprehensive bill that allocates funds for our military. IAVA and others successfully fought to include in the bill the IAVA-supported Global War on Terrorism Memorial Location Act (H.R. 1115/ S.535) which would finally give the post-9/11 generation of veterans a memorial on the National Mall to honor those who have sacrificed.

Also, the bill includes a new provision that would remove the decision to prosecute serious crimes like military sexual assault from the chain of command within the Department of Defense.  IAVA supports this provision, but is pushing for stronger additional provisions to protect servicemembers, like Sen. Kirsten Gillibrand’s Military Justice Improvement and Increased Prevention Act, which is included in the Senate version of the NDAA.

The Global War on Terrorism Memorial Location Act (H.R. 1115/ S.535 ) gained new cosponsors this week. IAVA would like to thank Sens. Gary Peters, Marco Rubio, John Hoeven, Susan Collins, and Reps. Garret Graves & Morgan Griffith. IAVA applauds those that have signed on to support this landmark legislation; this generation of veterans and their families deserve a Memorial.

IAVA understands that this time can be very stressful and triggering for veterans and we want you to know that we are here to help. IAVA’s Quick Reaction Force (QRF) provides 24/7 peer support, comprehensive care management, resource connections, and can help with accessing your VA benefits. To get connected to a Veteran Care Manager for immediate help anytime, day or night, please call 855-91RAPID (855-917-2743) or fill out our online form. Our services are remote, free, and confidential and QRF is here for all veterans, regardless of era, discharge status, or location. If you are a veteran or a veteran family member facing challenges or have questions, QRF is here to help you get back on your feet and meet your goals.