#AdvocacyUpdate: IAVA Pushes for Evacuation of Citizens and Allies during Afghanistan Withdrawal 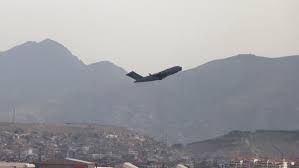 In April, President Biden announced that American troops would be out of Afghanistan before September 11th, ending the war before its 20th anniversary. While the U.S. troop removal progressed, in early August, the world watched as the Taliban swiftly made their way through the country and seizing control of the capital city of Kabul, The NATO-backed Government of the Islamic Republic of Afghanistan quickly collapsed and fell to Taliban control.

Many veterans immediately feared for the safety of the many thousands of Americans and Afghan allies that were now dangerously stranded. The US has failed since the Special Immigrant Visa Program’s inception in 2008 to properly ensure the safe and timely evacuation of our personnel and Afghan allies. These brave Afghan citizens put their lives on the line to assist American servicemembers with the promise of safety for them and their families in America.  It is imperative that we keep our promises to those who have sacrificed so much on our behalf.

In response, IAVA participated in numerous media appearances and urged the Department of Defense, Department of State, and the Administration to ensure we kept our promise to our Afghan allies.

Following the Taliban takeover, over 6,000 American troops were sent to secure the Kabul airport and ensure that any Americans and Afghan allies were able to leave if they wished.

On August 26, 13 American servicemembers and at least 90 Afghans will killed by an ISIS-K suicide bomber at the Kabul airport. The attack also injured an additional 18 servicemembers. This marked the deadliest day for the U.S. military in Afghanistan since 2011 and came just five days before the Biden Administration’s deadline for the complete military withdrawal from the country.

On August 30th, DoD held a press conference officially announcing that the military phase of the evacuation was complete, effectively ending an almost two-decade war. At the time of withdrawal, the military had evacuated 79,000 civilians, including 6,000 Americans and over 73,500 third-country nationals and Afghan civilians. DoD confirmed that the State Department still had ongoing efforts to ensure that all American citizens and Afghan allies that wanted to leave the country were able to.  Unfortunately, the U.S. estimates it left behind the majority of Afghan interpreters and others who applied for visas, according to a report by the Wall Street Journal.

On September 1st, IAVA released a statement to honor the 800,000 servicemembers that deployed to Afghanistan and to remind them that their service matters. IAVA offers our profound gratitude and respect to all who served our nation during the last two decades of war, especially those who returned with irreparable wounds, and the Gold Star Families who made the ultimate sacrifice.

IAVA understands that this time can be very stressful and triggering for veterans and we want you to know that we are here to help. IAVA’s Quick Reaction Force (QRF) provides 24/7 peer support, comprehensive care management, resource connections, and can help with accessing your VA benefits. To get connected to a Veteran Care Manager for immediate help anytime, day or night, please call 855-91RAPID (855-917-2743) or fill out our online form. Our services are remote, free, and confidential and QRF is here for all veterans, regardless of era, discharge status, or location. If you are a veteran or a veteran family member facing challenges or have questions, QRF is here to help you get back on your feet and meet your goals.

If you are currently experiencing a crisis please contact the Veterans Crisis Line at 1.800..273.8255, and press 1. Alternatively, use the Crisis Text Line by texting “RISING” to 7417