After returning from a fantastic Thanksgiving break, the IAVA DC team was ready to get back to work in advocating for our nation’s veterans. We attended a round table focused on Gold Star Families and the benefits they may be eligible for. We also attended a House Veterans Affairs Committee markup that passed a grants bill IAVA has been following closely. IAVA launched its 10th annual survey. The annual survey helps IAVA in creating our policy agenda and deciding what issues we take a firm stance on in advocating on the Hill. Details for taking this survey can be found below.

This week, IAVA was asked to join a roundtable hosted by the America Legion and Kaitlynne Hetrick, Associate of Government Affairs, attended to represent IAVA. The focus of the meeting was on Gold Star Families, specifically the children of fallen servicemembers. Presentations led by VA’s Casualty Assistance Program Manager and Children of Fallen Patriots Foundation Enrollment Coordinator detailed assistance that is available for survivors of deceased service members and the processes to apply for that assistance. Fallen Patriots offers scholarships and education assistance for children of any child of a servicemember killed while serving or that passes due to service connection. We always look forward to working with our VSO partners and figuring out ways to help America’s Veterans and their families. 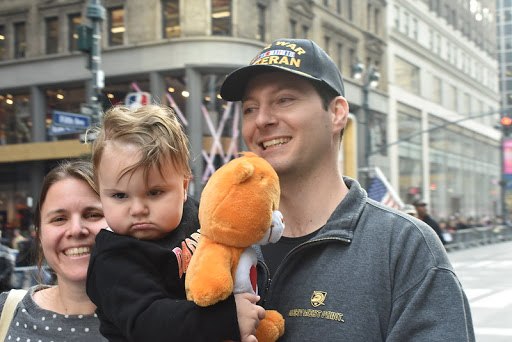 The Military Coalition (TMC) held its final monthly meeting for 2019. The meeting focused largely on each of the committee’s goals for 2020. TMC also submitted a letter to the House of Representatives regarding the Continuing Resolution (CR) and the problems our military is currently facing due to a CR being passed and not the NDAA. IAVA and TMC are closely following the status of the National Defense Authorization Act (NDAA) and are hopeful for passage before the CR ends on December 20, 2019. TMC also said farewell to Co-Chairman Tom Snee of the Fleet Reserve Association as he retires from his position and plans to begin teaching. We wish him the best of luck in his new endeavor.

IAVA VP Tom Porter attended the end of year Senate breakfast on Wednesday. While there, he was sure to thank Sen. Amy Klobuchar (D-MN) for her support on the IAVA-led Burn Pits Accountability Act (S. 191/H.R. 663). Tom was also able to attend the annual Senate Veterans Affairs Committee #ToysForTots reception on behalf of IAVA with a representative from the Marine Corps and USMC mascot, Chesty the bulldog. These events are wonderful annual traditions and are instrumental in creating and maintaining relationships with our partners in Congress! 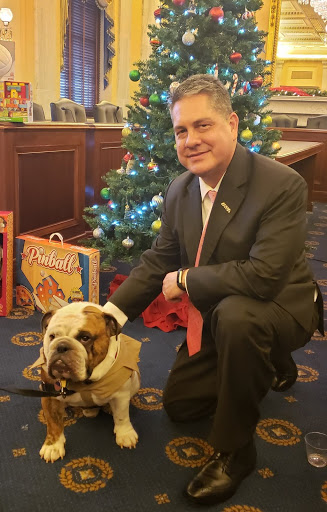 On Friday, Travis Horr, Director of Government Affairs, and Kaitlynne attended a meeting held by Student Veterans of America on The Protect Veterans Education and Taxpayer Spending Act of 2019 (S.2857). This bill aims to close the 90/10 loophole that IAVA has prioritized when it comes to advocating for student veterans. IAVA has been advocating the closure of this loophole for many years and we are extremely supportive of this bill. IAVA thanks Sens. Thomas Carper (D-DE), James Lankford (R-OK), Bill Cassidy (R-LA), and Jon Tester (D-MT) for their leadership on this issue and introducing the first-ever bipartisan bill to close the 90/10 loophole. We are excited to see support for this bill grow and finally have accountability for schools that prey on our Nation’s servicemembers and veterans.

Lastly, the IAVA 10th annual survey launched this week! This survey is a crucial part of the D.C. team’s advocacy initiatives on the Hill. Each year, IAVA members help us shape our policy agenda by letting us know what matters to them and what they have personally experienced in while in the military and after. If you are a member of IAVA and have not yet taken our annual survey, please check your email (and spam just in case!) and take a few moments to let us know what matters to you. If you are interested in becoming an IAVA member and completing the survey, click here to sign up and be a part of the movement!

IAVA is proud to have 4 new cosponsors across our backed legislation this week! Thank you so much to Rep. Bennie Thompson (D-MS) for supporting The VA Medicinal Cannabis Research Act of 2019 (H.R. 712). We also gained two new sponsors for a few of the House introduced Deborah Sampson Act bills. Thank you to Reps. Mark Green (R-TN) and Frederica Wilson (D-FL) for supporting women veterans and their right to care that parallels their brothers-in-arms. Finally, a thank you goes out to Sen. Doug Jones (D-AL) for supporting the Burn Pits Accountability Act (S.191/H.R. 663)!